Ford, GM and Toyota to collaborate on self-driving safety framework 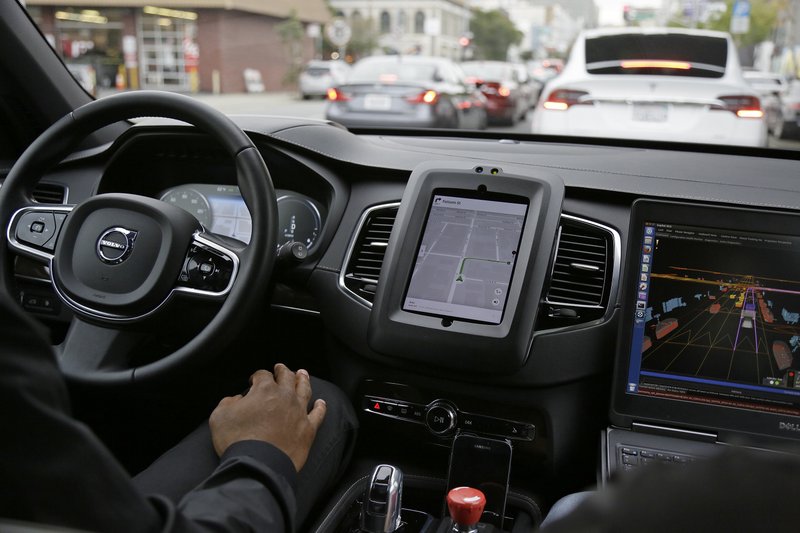 In this photo taken Tuesday, Dec. 13, 2016, an Uber driverless car waits in traffic during a test drive in San Francisco. (Photo: AP)

CHICAGO, April 3 (Xinhua) -- Ford, General Motors (GM) and Toyota announced on Wednesday that they will fill a "critical need" by working out a safety framework for rapidly developing driverless technology.

According to a SAE International statement, the consortium will work to safely advance testing, pre-competitive development and deployment of SAE Level 4 and 5 automated vehicles.

"The AVSC will fill a critical need by providing a safety framework around which autonomous technology can responsibly evolve in advance of broad deployment," said the statement.

The work will ultimately inform and accelerate the development of industry standards for autonomous vehicles (AVs) and harmonize with efforts of other consortia and standards bodies throughout the world.

"Being able to advance the safe deployment of SAE Level 4 and Level 5 automated vehicles represents another exciting chapter in the realization of autonomous mobility and the benefits this will bring to people around the world," said Edward Straub, AVSC's executive director.

"To achieve these benefits, industry collaboration, cohesion and flexibility to merge new ideas with proven safety processes are critical," he said. "This is why we are forming the AVSC and announcing our roadmap strategy."

Ford, GM and Toyota, with decades of experience developing and deploying safe and trusted vehicles, share a joint interest in safe deployment of autonomous vehicles. The first output from the AVSC partnership will be a roadmap of priorities.

The roadmap is intended to be applicable for developers, manufacturers and integrators of automated vehicle technology and focuses on data sharing, vehicle interaction with other road users and safe testing guidelines.