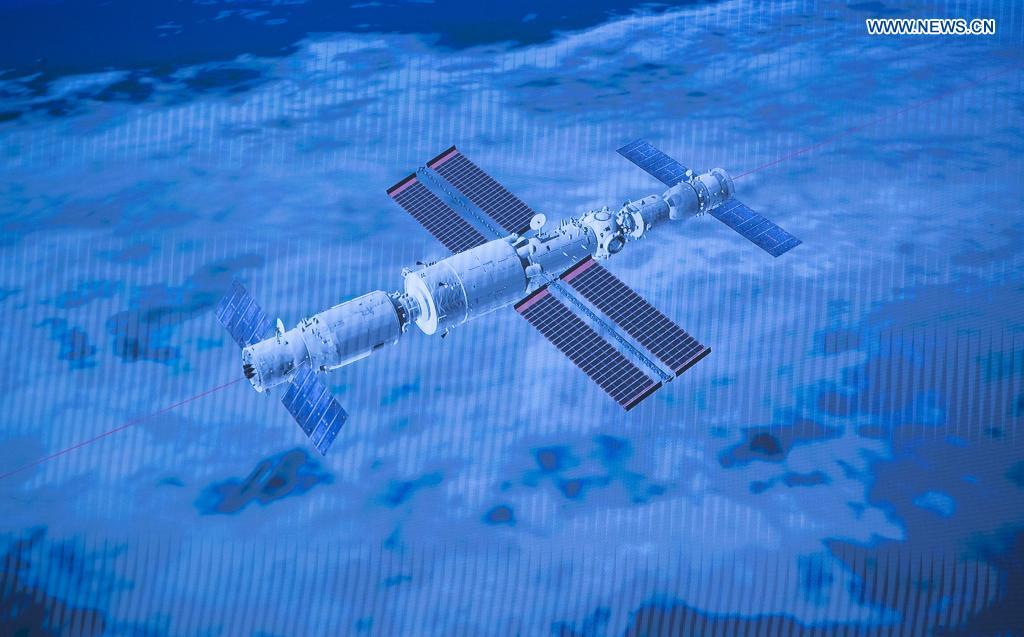 Humankind's presence in outer space has tremendously increased, thanks to the deployment of three Chinese astronauts to China's space station, said a French astronaut.

"The population of humans in space grew by 43 percent this week, with China launching three astronauts to their space station," Thomas Pesquet, a European Space Agency astronaut now on board the International Space Station, wrote on his Twitter account on Friday. "All spaceflight is an incredible achievement. I imagine the trio enjoying the view of their capital city Beijing and Tianjin from Earth orbit."

Pesquet also published several photos of night views of Beijing and its neighboring municipality of Tianjin taken from the International Space Station, writing in another post in French that he hopes his Chinese peers will have the opportunity to personally see the Chinese cities like he did.

The spaceship was launched by a Long March 2F carrier rocket that blasted off on Thursday morning from the Jiuquan Satellite Launch Center in northwestern China, embarking on the nation's seventh manned spaceflight, which will last three months.

The crew members are the first occupants of the Tianhe module, the first and central component of the Chinese station, called Tiangong, or Heavenly Palace.

The Tiangong program, the latest symbol of China's grand space aspirations, aims to complete a three-section space station in a low-Earth orbit, about 400 kilometers above the ground, before the end of 2022.

"China has made another confident step forward," Roscosmos said, adding that Russia and China will become "lasting and reliable partners" in long-term exploration of space.

NASA Administrator Bill Nelson extended his congratulations to China on the latest mission. "I look forward to the scientific discoveries to come," he wrote in a statement Thursday on the US agency's website.

The European Space Agency and Brazilian Space Agency have also extended congratulations to Chinese space authorities for the Shenzhou XII mission to the Tianhe module.

The Brazilian organization said, "We wish China many achievements in this challenging space initiative."

The Chinese crew's planned three-month stay will offer scientists more insights into the living, work and health conditions of an astronaut in microgravity, which in turn "will be useful for future moon missions or Mars missions or further afield", Paul Francis, an astrophysicist at the Australian National University, told Xinhua News Agency on Thursday.