Google is being fined 220 million euros ($268 million) by France’s antitrust watchdog for abusing its ‘dominant’ position in online advertising. 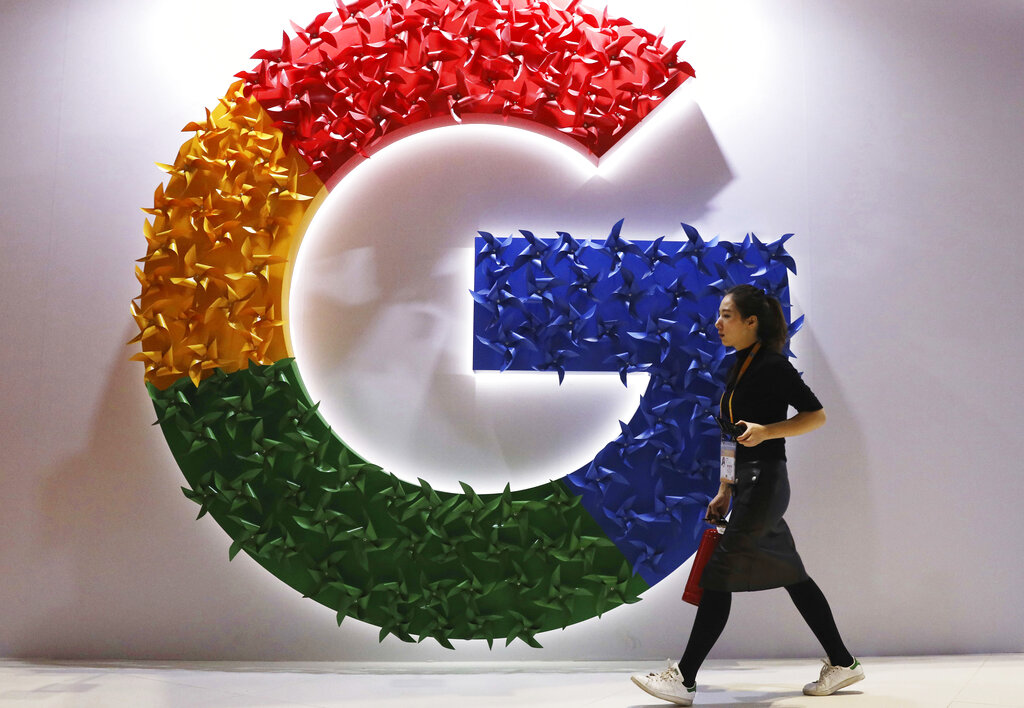 In this Monday, Nov. 5, 2018 file photo, a woman walks past the logo for Google at the China International Import Expo in Shanghai. (Photo: AP)

The search engine giant is also promising to overhaul the way its platform is used for buying and selling digital ads, at least in France, which could have repercussions on its ongoing legal fights with regulators elsewhere in Europe, the U.S. and around the world.

Google's advertising practices have harmed its competitors along with publishers of mobile websites and applications, the French Competition Authority said Monday. The authority said it is the responsibility of a company with a dominant market position to avoid unfairly undermining its competition.

Google, based in Mountain View, California, did not dispute the facts and opted to settle after proposing some changes, according to a prepared statement from the Competition Authority.

The settlement might serve as a roadmap for other governments that are scrutinizing Google's market power, said Douglas Melamed, a Stanford University law professor.

“I imagine that Google's decision to settle reflected a judgment that it could live with those terms even if it were forced upon it by other jurisdictions,” he said.

The head of the authority, Isabelle de Silva, said the decision was unprecedented in the way that it delved into the complex algorithmic auctions that power Google's business selling online display ads.

The fine, along with Google's commitment to changing its practices, "will make it possible to re-establish a level playing field for all players, and the ability for publishers to make the most of their advertising space,” de Silva said.

Google France's legal director, Maria Gomri, said in a blog post Monday that Google has been collaborating for the past two years with the French watchdog on issues related to ad technology, notably the platform known as Google Ad Manager. She wrote that commitments made during negotiations would “make it easier for publishers to make use of data and use our tools with other ad technologies."

After tests in the months ahead, changes will be deployed more broadly, some of them globally, Gomri said. She didn't specify which changes would apply outside of France.

U.S. tech giants have been facing intensifying scrutiny in Europe and elsewhere over their business practices. Germany became the latest country to launch an investigation of Google, using stepped up powers to scrutinize digital giants.

Google has been facing pressure from authorities to pay for news and signed a deal earlier this year with a group of French publishers that paves the way for it to make digital copyright payments.

European Union regulators have also charged Apple with stifling competition in music streaming and accused Amazon of using data from independent merchants to unfairly compete against them with its own products. They are investigating Google’s data practices for advertising purposes and recently opened a formal antitrust investigation into Facebook's advertising practices.

In the U.S., the Justice Department and dozens of states brought antitrust lawsuits against Google last year. They are seeking to prove that Google has been methodically abusing its power as the internet’s main gateway in a way that hurts consumers and advertisers.