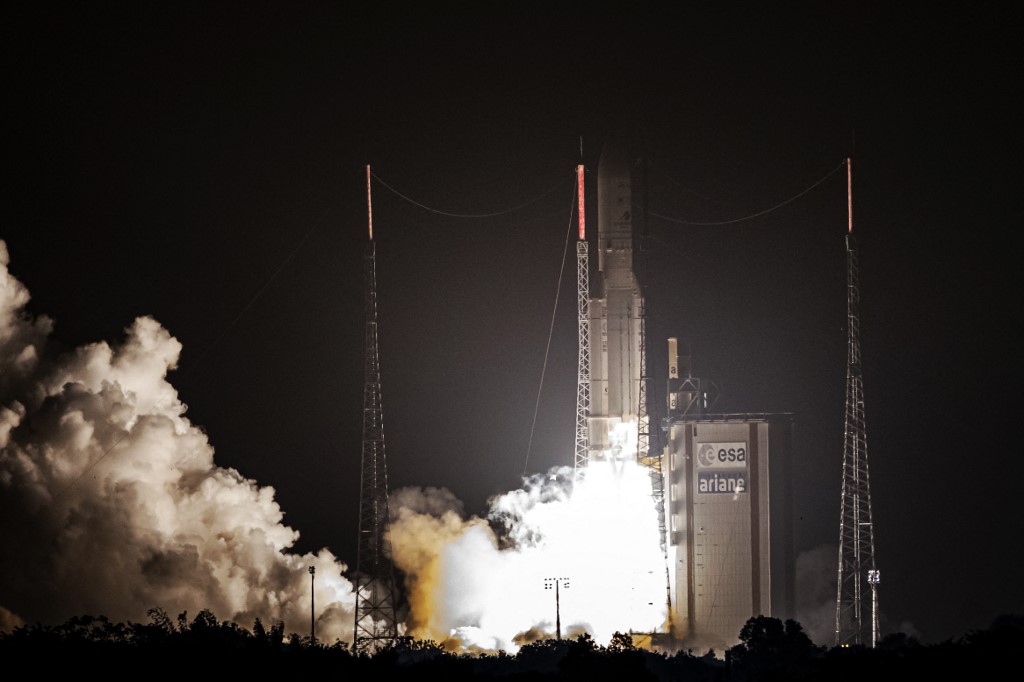 France has successfully launched a state-of-the-art satellite into orbit, designed to allow all of France's armed forces across the globe to communicate swiftly and securely.

Paris created a space force command in July 2019, amongst concerns that rival countries were heavily investing in space technology, seen as a new military frontier.

The satellite "is designed to resist military aggression from the ground and in space, as well as interference," French air and space force spokesman Colonel Stephane Spet told AFP.

The Ariane 5 rocket carrying the Syracuse 4A satellite took off from Kourou, in French Guiana late Saturday, with the mission accomplished 38 minutes and 41 seconds after takeoff.

The satellite can survey its close surroundings and move itself to escape an attack.

"Thanks to its state-of-the-art equipment (anti-jamming antenna and digital transparent processor on board), Syracuse 4A will guarantee a high resistance to extreme jamming methods," launch provider Arianespace wrote in its mission description.

Marc Finaud, an expert in weapons proliferation at the Geneva Centre for Security Policy, told AFP the satellite was also protected against the electro-magnetic pulses which would result from a nuclear explosion.

"This is the final warning scenario, if deterrence fails," he added.

In March France began its first military exercises in space to test its ability to defend its satellites, calling them "a first for the French army and even a first in Europe".

The French government accuses Russia of having brought its intelligence-gathering satellite Olymp-K, also known as Louch, into close proximity of the French-Italian military satellite Athena-Fidus in 2017, in what Defence Minister Florence Parly called "an act of espionage".

Last year, the US claimed that Russia had conducted a non-destructive anti-satellite weapons test from space.

In March French President Emmanuel Macron's office said there had been other similar incidents since, but gave no details.

Investments in France's space programme are set to reach 4.3 billion euros ($5 billion) over the 2019-2025 budget period -- although that is a fraction of the amount spent by the United States or China.