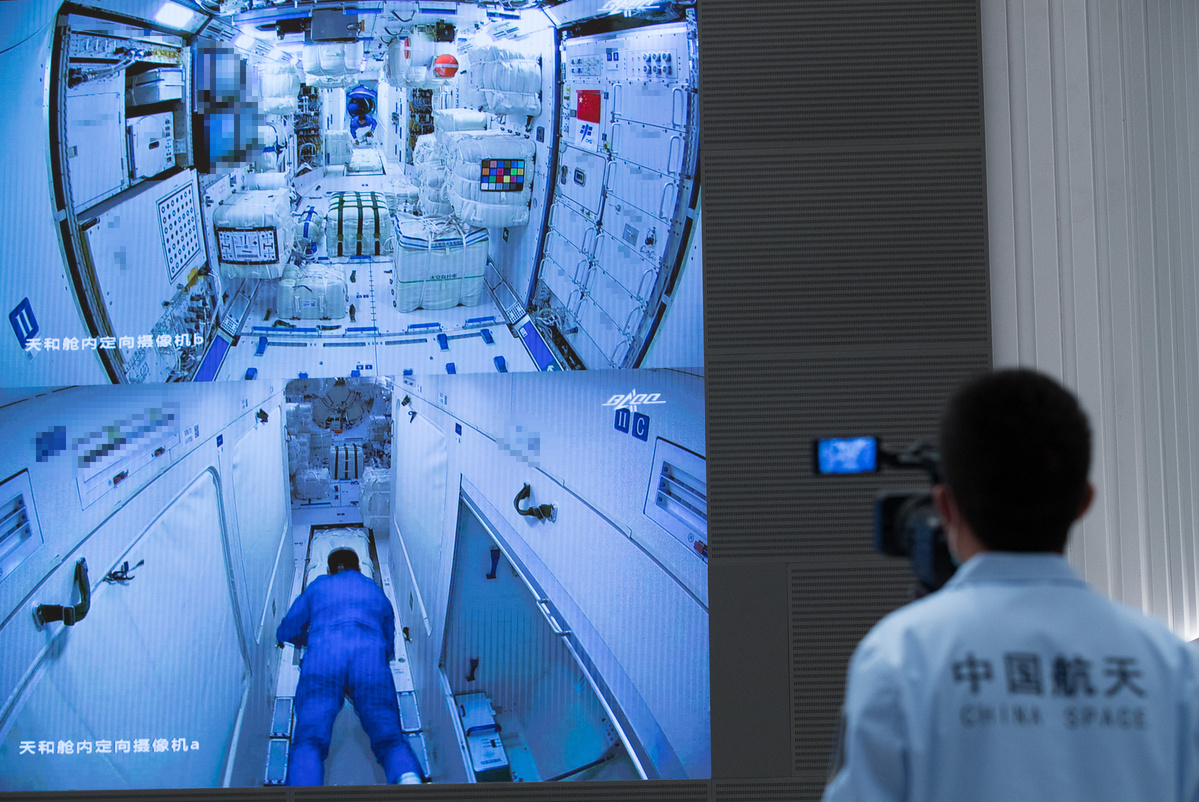 As construction of China's space station gradually unfolds, the country needs fresh vigor to carry out the ambitious endeavor.

Currently, the Astronaut Center of China in Beijing is training the third group of Chinese astronauts.

The 18 new astronauts－17 men and one woman－are in three groups: seven will become spacecraft pilots, another seven will eventually be space flight engineers and the last four will become mission payload specialists, said the China Manned Space Agency.

They are undergoing systematic and sophisticated training before qualifying for space missions, the agency said.

The selection for the third-generation team began in May 2018 and wrapped up in September 2020, involving three rounds of tests. About 2,500 applicants participated in the process.

The new spaceship pilots were chosen from aviators from the People's Liberation Army Air Force. The space flight engineers are former researchers or technicians in aeronautics, astronautics and other related fields, while mission payload specialists were selected from those involved in space science and applications for China's manned space program.

The manned space agency has yet to disclose criteria for the new generation of astronauts. An official with knowledge of the matter told China Daily on condition of anonymity that the criteria were different from those for the previous two generations, because the new astronauts will be tasked with running the nation's space station－a mission with more challenges and higher requirements than those required of previous crewed flights.

Previously, all Chinese astronauts were selected from pilots of the PLA Air Force aged between 25 and 35, with heights ranging from 160 centimeters to 172 cm and body weights between 55 kilograms and 70 kg. They must be nonsmokers and have no signs of alcohol abuse and should have at least 600 hours of flight experience in fighter jets as well as a good service record in the PLA Air Force.

Once a candidate is admitted to the astronaut team, he or she needs to acquire knowledge in more than 30 subjects including physics, astronautics and astronomy and they must pass all exams in these subjects.