TECH From Covid to cancer: High hopes for 'versatile' mRNA

From Covid to cancer: High hopes for 'versatile' mRNA 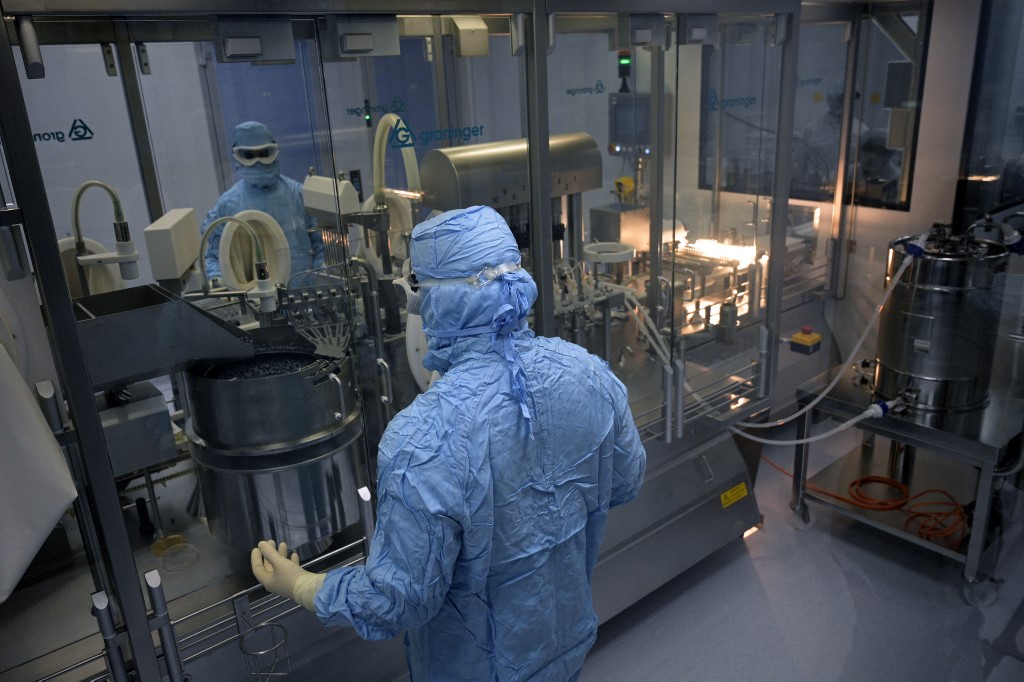 View of the packaging laboratory of Sinergium Biotech that will produce mRNA COVID-19 vaccines for Latinamerica in Garin, Buenos Aires province, Argentina on September 22, 2021. (Photo: AFP)

The coronavirus pandemic has made vaccines from Pfizer/BioNTech and Moderna and the mRNA technology that they use into household names.

These types of jabs are new but researchers have been working for decades to try to figure out how to use messenger RNA for other vaccinations and to treat illnesses from AIDS to cancer.

Messenger RNA's job in the body is to help deliver specific instructions from DNA to cells.

In the case of the Pfizer/BioNTech and Moderna jabs, lab-generated mRNA tells human cells to create antigens -- proteins that are similar to ones found in the Covid-19 virus.

Thanks to those antigens, a person's immune system learns how to fight the virus and neutralise Covid if it enters the body.

After the cells create these proteins, the body breaks down the mRNA instructions and gets rid of them.

Such direct communication with cells is revolutionary -- classic vaccines aimed to provoke an immune response by injecting a neutralised form of a virus or antigens into the system.

The first big breakthrough, in the late 1970s, was in using mRNA to make test-tube cells produce proteins.

A decade later, scientists were able to get the same results in mice, but mRNA still had two major drawbacks as a medical tool.

On top of that, mRNA molecules are fragile, making them difficult to deliver to the system without altering them.

In 2005 researchers Katalin Kariko and Drew Weissman of Penn State University published a groundbreaking study showing that a lipid -- or fat molecule -- envelope could safely deliver mRNA without negative effects.

The research caused a buzz in the pharmaceutical community and start-ups dedicated to mRNA therapies began to pop up around the world.

Scientists have worked on developing mRNA jabs for illnesses like seasonal flu, rabies and Zika, as well as those that have remained vaccine-resistant until now, including malaria and AIDS.

Researchers have also started testing personalised treatments on cancer patients, using samples of the proteins in their tumours to create specialised mRNA.

This then triggers the immune system to target specific cancer cells.

"The mRNA platform is versatile," University of Pennsylvania biochemist Norbert Pardi told AFP, "any protein can be encoded as mRNA so there are many potential applications."