TECH From Russia, with fruit: Arctic mission gets record resupply

From Russia, with fruit: Arctic mission gets record resupply 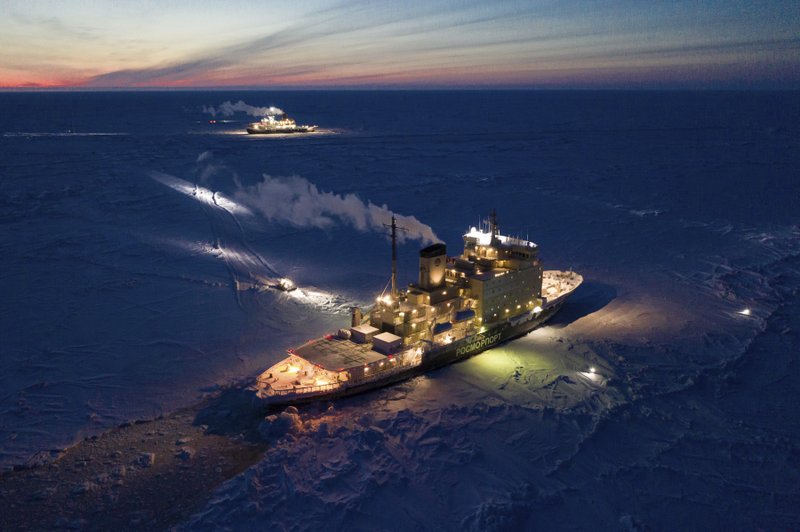 In this Friday, Feb. 28, 2020 photo provided by the Alfred-Wegener-Institute the icebreakers Kapitan Dranitysn, front, and Polarstern, rear, are pictured in the Arctic ice. (Photo: AP)

A Russian icebreaker has made a successful supply run to deliver new crew and goods to an international scientific expedition investigating the depths of the high Arctic in winter.

Germany’s Alfred Wegener Institute said Monday the Kapitan Dranitsyn approached its own icebreaker RV Polarstern on Friday and spent all weekend ferrying people and supplies between the ships by foot and snowmobile.

The institute said the Dranitsyn set a record by going farther north under its own power than any other ship so early in the year.

Two days before the rendezvous, the Polarstern achieved its own record by drifting to within 156 kilometers (97 miles) of the North Pole, the farthest north a ship has ventured during the Arctic winter.

The 140-million euro ($158 million) expedition saw the Polarstern anchor to an ice floe last fall and allow the polar drift to carry it to the far north, a region that’s normally inaccessible during the coldest months of the year.

Researchers from 19 countries including the United States, Britain, Russia and China have been using the ship as a base camp to conduct measurements and experiments they hope will boost scientific understanding of climate change.