Fujian gears up for digital summit 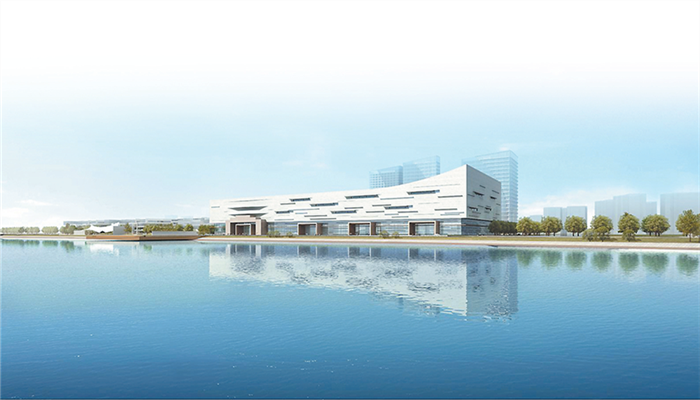 The second Digital China Summit is slated to be held in Fuzhou, capital city of East China's Fujian province from May 6 to 8.

One of the venues of the event, the Fuzhou Digital China Conference and Exhibition Center is under final testing and is set to put into use by the end of April.

Shaped like a gigantic ship, the building, 32 meters in height, has a floorage of approximately 116,000 square meters.

The facility began construction in December of 2017 after Fuzhou was designated the permanent host city of the Digital China Summit.

One of its biggest features is the adoption of a smart management system built by Huawei Technologies.

Based on Huawei's cloud computing platform, over 10,000 sensors have been installed across the exhibition center, enabling timely management and control of facilities including doors, networks, cameras, lights and parking lots, according to Xu Shang, a staffer from Huawei.

The event is co-organized by the Cyberspace Administration of China, the National Development and Reform Commission, the Ministry of Industry and Information Technology and the Fujian provincial government.

It aims to serve as a platform for China's policies on IT development, showcasing the achievements of e-government and the digital economy and the exchange of theoretical and practical experiences in building a digital China, said Yang Xiaowei, deputy director of the Cyberspace Administration of China, at a press conference in Beijing earlier this month.