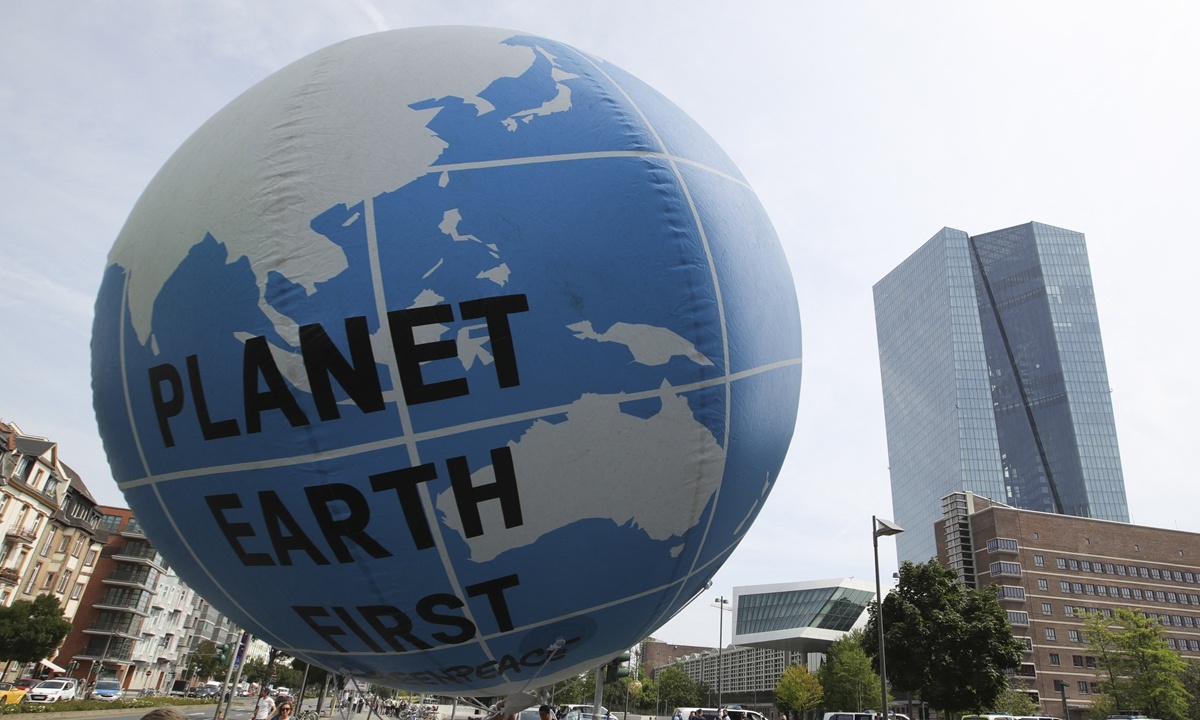 Climate activists walk with a balloon featuring the Earth during a demonstration called by Fridays for Future, Greenpeace, KoalaKollektiv and others to protest against bank investments in fossil fuels, on August 13 near the European Central Bank (ECB) building in Frankfurt, Germany. (Photo: AFP)

An annual survey by the Clean Air Fund, which looks into how much money is given to the fight against air pollution by donor governments and philanthropic organizations, found that air quality is low on the list of funding priorities.

"It just doesn't match the scale of the problem," she said.

Both the United Nations and the World Health Organization (WHO) cite air pollution as one of the world's most lethal environmental problems, responsible for millions of deaths.

The burning of fossil fuels is directly responsible for two-thirds of air pollution.

The survey found official spending to prolong fossil fuel projects in 2019 and 2020 exceeded aid for clean air by more than a fifth.

It also found that countries in Asia received over 80 percent of aid to fight air pollution between 2015 and 2020.

China was the largest recipient, receiving 45 percent of the funding as the government declared a "war against pollution" after air quality hit a dangerous low in 2013.

And it has reduced particulate pollution by nearly a third, according to the annual Air Quality Life Index published by the University of Chicago's Energy Policy Institute last week, which cited it as a "model of progress."

But Burston said more aid needs to be focused on places where a crisis might still be avoided. The report pleads for grant spending on areas like data gathering in countries where research is underfunded, as well as awareness campaigns. "A more equitable distribution looks like funding going more to the countries with rapidly urbanizing, especially in Africa where air pollution is massively on the rise."

Right now, the report notes, only 5 percent of aid is being deployed across the continent. Deaths from air pollution in Africa meanwhile have risen 31 percent in 10 years.