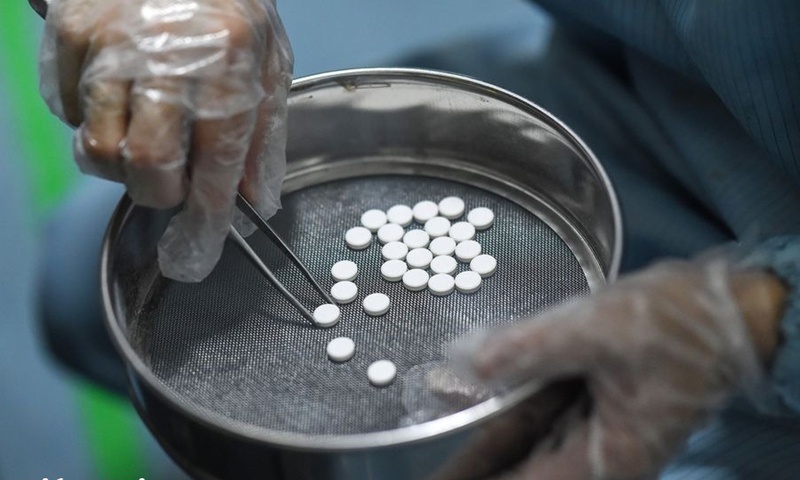 A worker weighs drugs at the workshop of a pharmaceutical company in Haikou, south China's Hainan Province, on Feb. 3, 2020. (File photo: Xinhua)

Israeli researchers have found that derivatives of two Gaucher's disease drugs are effective against coronavirus, the defense ministry said Tuesday.