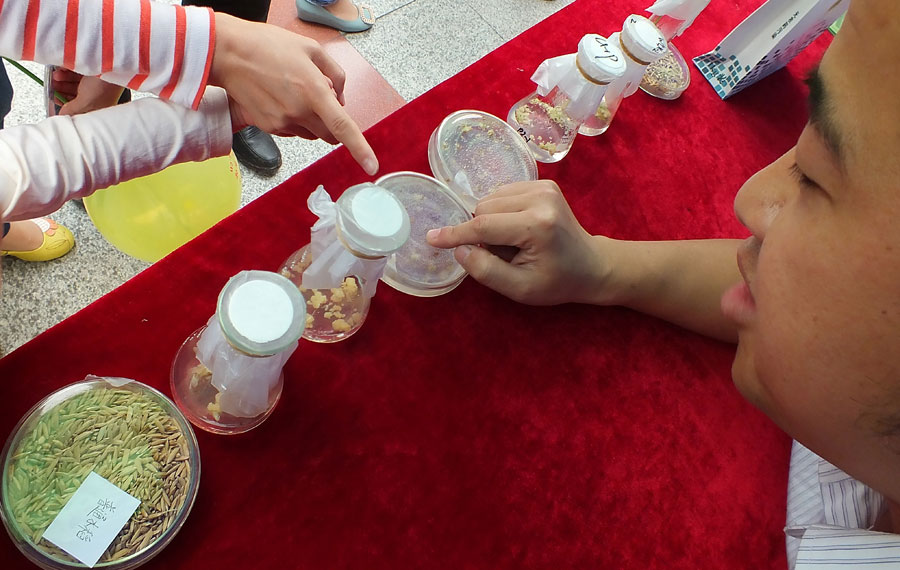 Agricultural scientists in China have called for a regulatory shift to classify crops and plants developed through gene editing technology as traditionally bred varieties.

The current regulatory framework subjects gene-edited agricultural products to a high level of scrutiny, they said. The shift would streamline the examination and evaluation process, thus stimulating scientific research while accelerating commercial cultivation of gene-edited plants.

Research to develop new varieties of plants with desirable traits through gene editing has grown exponentially in recent years because the process is simpler and less expensive than genetic modification techniques that introduce foreign DNA into the plant, according to Zhu Jiankang, director of the Shanghai Center for Plant Stress Biology.

Gene editing relies on tweaking existing genomes, rather than adding DNA from other sources - a technique used in some hotly debated genetic work. The simpler, self-contained gene editing process exempts the technology from environmental and safety concerns that hamper progress in marketing other genetically modified products.

"In essence, gene editing technology is no different from natural mutations that take place in nature all the time," Zhu said. "The same result can also be achieved through traditional plant breeding, but gene editing is more precise."

It takes a minimum of a couple of months to develop a new variety of plant or crop using the gene editing technology, he said.

Even when off-target cuts of a DNA strand occur - meaning the cutting tool chops out unintended genes - the incident is unlikely to cause harm to humans, Zhu added.

The merits of genome editing, especially a key technique known as CRISPR, have already intrigued agricultural scientists around the world. A variety of advanced crops and plants, ranging from gluten-free wheat to seedless tomatoes, have been hatched in laboratories.

In recent years regulatory and legal frameworks have taken shape in some developed countries, Zhu said. In Japan, the Ministry of Health, Labor and Welfare ruled that food products developed through genome editing can be launched in the marketplace without safety evaluations if they meet certain criteria, Asahi Shimbun reported in March.

The move is seen as following a regulatory decision in the United States in August to drop extensive screenings for gene-edited agricultural products. A company based in Minnesota announced six months later that its oil from gene-edited soybean - a heart-healthy alternative with longer shelf life than conventional oil - had been sold to local restaurants.

Not every country is entirely on board, however. The European Court of Justice ruled last year that gene-edited agricultural products are subject to the same rigorous regulatory scrutiny as their traditional GMO counterparts.

Zhu said China has been a leading player in fundamental gene editing research, but the lack of a clear regulatory system to classify and evaluate resulting products means that applications are confined to scientific labs.

"From the beginning, plenty of discussion about how to ensure the safety of such products has taken place at the Ministry of Agriculture and Rural Affairs," he said, adding that initial documents available suggest that a set of standards similar to GMO regulations will be applied in gene-edited plant field.

In Jinan, Shandong province, an industrial base devoted to developing gene-edited plants with advice from Zhu's team from the Chinese Academy of Sciences, is on track to roll out roughly 50 species within about six years.

"These new varieties are likely to enter the marketplace in China with much anticipation and at a swift pace, provided that clear rules are written that distinguish them from GMOs," he said.

He said about two dozen Chinese academicians have signed up for an initiative that calls for clear regulations of gene-edited plants, which will eventually increase the competitiveness of Chinese agricultural goods and smooth out their adoption in the mass market.

Zhao Bingran, a researcher at the Hunan Hybrid Rice Research Center, said authorities should break down various genetic engineering techniques based on whether outside genes are introduced into the end product, and then devise regulations accordingly.

In late 2017, the research center announced that a low-cadmium Indica rice strain, cultivated through a combination of gene-editing technology and hybridization, had passed evaluation by the ministry that September. Zhao participated in the project.

"Since then, we have conducted a series of follow-up experiments and enlisted third parties to examine the safety, stability and quality of this new strain. More tests are underway," he said.

However, to obtain the examination and approval certificates required for new varieties of agricultural products, crop developers need greater flexibility than what the current regulatory mechanism allows, Zhao said.

"If we abide by the GMO regulation, field trials involving vast expanses of land are troublesome because strict quarantine measures are required," he said.

Other roadblocks are also likely to pose difficulties in the future, including consumer misunderstandings that demonize genetic engineering tools. It is also necessary to sort out patent issues associated with CRISPR, which is owned by research institutes in the United States.