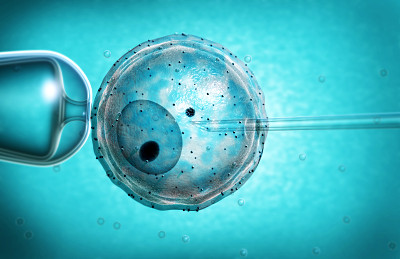 JERUSALEM, Nov. 22 (Xinhua) -- Israeli researchers found that selecting embryos according to their genetic information to obtain "designed" babies desirable traits is ineffective, the Weizmann Institute of Science (WIS) in central Israel and the Hebrew University of Jerusalem (HUJI) reported Friday.

In recent years, such tests have been made possible, mainly due to technological improvements that allow testing of the entire genome from a single cell, as well as many studies that have found a correlation between genetic sequences and these traits.

In such in vitro fertilizations, doctors do not change the embryos' genetic sequence, but rather choose the embryos where the parents' random gene mixing created the genome closest to the desired outcome.

In their study published in the journal "Cell," the Israeli team examined the efficacy of such genetic testing and embryos choice, aimed to get maximum height and IQ.

Using computer models, and data taken from 28 multiple-children families, the scientists created "computer embryos" and calculated the expected data of the babies that would develop from them.

It was found that in average, the genetically "best" computer embryo would have only 2.5 more IQ points, and would be only 2.5 centimeters higher - compared to a randomly selected embryo.

Furthermore, even this slight increase is not guaranteed, as the selected embryo may be found to be shorter than the family average.

The researchers explained that "the benefit of genetic testing depends on many factors that are out of parental control, such as many unknown genetic factors and unpredictable environmental factors."

They added that there may also be unwanted attributes associated with preferred traits. For example, there are correlations between high IQ genes and autism and anorexia genes.