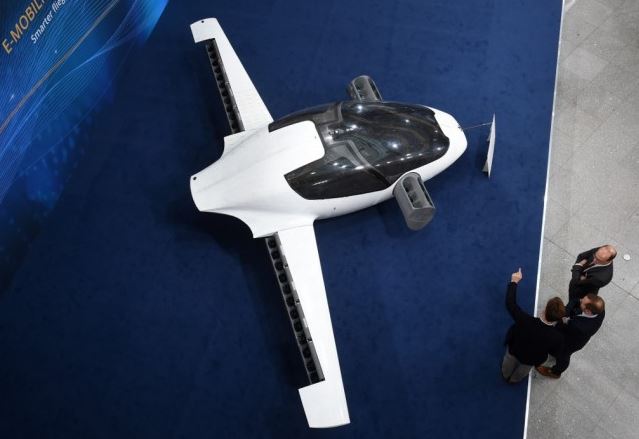 The German electric air taxi Lilium Jet completed its first phase of flight testing, during which it had been flown at speeds exceeding 100 kilometers per hour, the flying taxi startup announced on Tuesday.

"We are now moving into a critical stage of testing as we prepare for high speed operations and eventual certification by the relevant authorities," said Leandro Bigarella, head of flight tests at Lilium.

The fully electric five-seater Lilium Jet would now enter a testing phase in which it is set to fly at with a top speed of 300 kilometers per hour in order to "look specifically at how it performs at high speeds," Lilium stated.

The aircraft, which completed its maiden flight in May 2019, would still be controlled remotely from the ground during the tests, according to Lilium. The jet is built to be able to take off and land vertically with its 36 all-electric turbines, which are installed in its wings.

Alongside the completion of the air taxi's first testing phase, Lilium said it had finalized the construction of its first manufacturing facility at its headquarters in the German city of Wessling near Munich.

Complemented by a second manufacturing facility, which is currently under construction, the German startup expects to produce "hundreds of aircraft" by 2025, when it aims to launch commercial services.

Daniel Wiegand, co-founder and chief executive officer (CEO) of Lilium, noted that the company aims to "build critical parts ourselves and then deliver fully-assembled aircraft at the scale of the automotive sector but at the extremely high quality levels required in the aerospace sector."

Lilium, which currently employs 350 people, expects to create "up to 500 new jobs" at its new production facilities by 2025.