TECH Girls outscore boys on tech, engineering, even without class

Girls outscore boys on tech, engineering, even without class 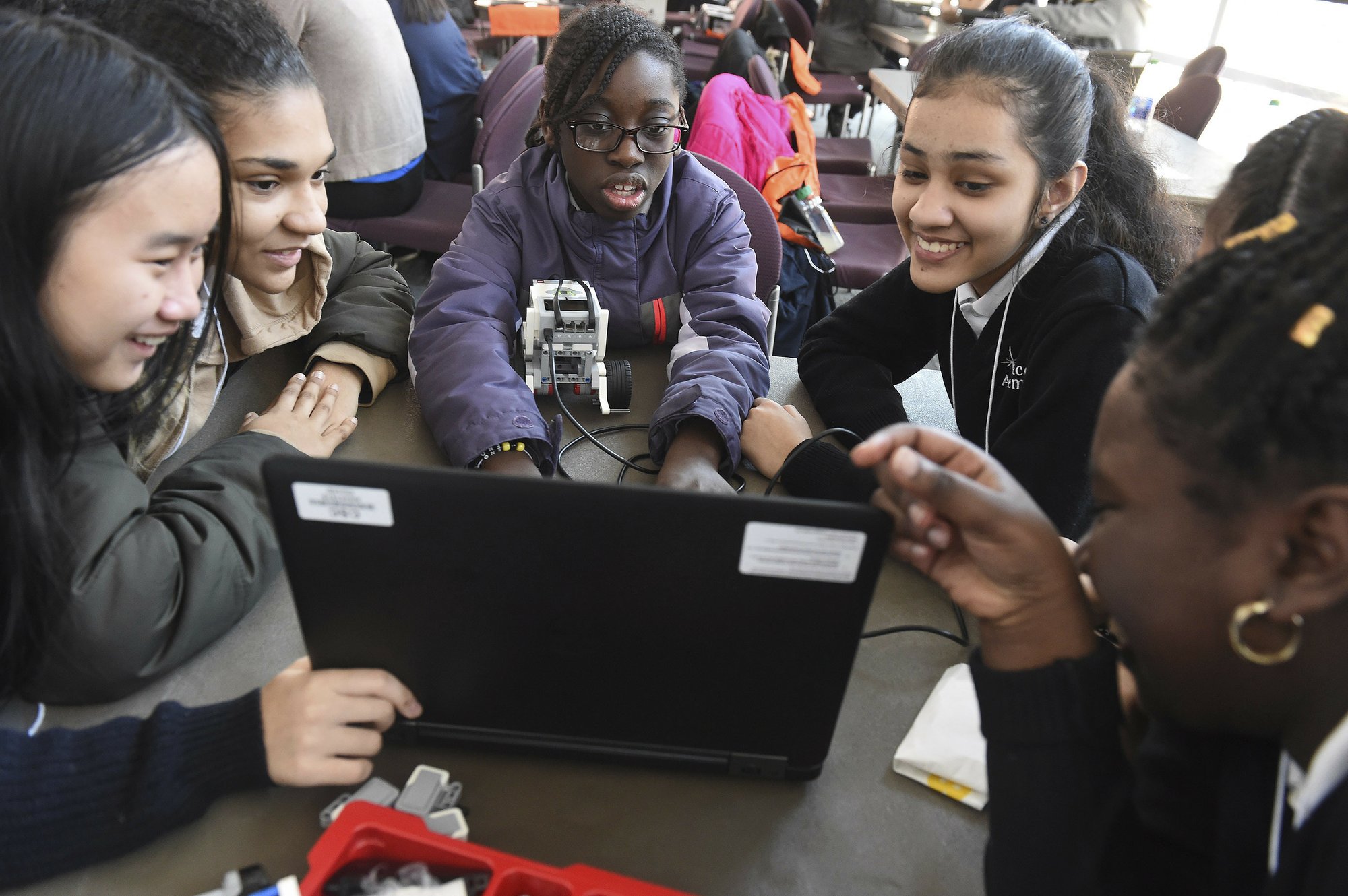 Seventh grade students from Grace Academy in Hartford, Conn., work together on a robot using plans on a computer at the Connecticut Science Center in Hartford Feb. 21, 2019. (Photo: AP)

Though less likely to study in a formal technology or engineering course, America’s girls are showing more mastery of those subjects than their boy classmates, according to newly released national education data.

Known as “The Nation’s Report Card,” the latest findings made public Tuesday from the National Assessment of Educational Progress also shows US eighth-graders in 2018 did significantly better overall compared to 2014′s test results, particularly among students who are white, black, Asian or low-income.

The gap between girls and boys is also growing wider as compared to the last time the federal government compiled technology and engineering literacy data among a representative sample of students and public schools across the country.

The assessment made its debut in 2014, which also showed girls outscoring boys but by a smaller margin. In 2018, girls on average scored five points higher than boys on a 300-point scale, due to the fact that girls made gains between 2014 and 2018 while boys’ scores stayed about the same.

The latest findings suggest the decade-long effort to champion more opportunities for girls and women in the fields of science, technology, engineering and math is gaining ground. The campaign to nurture the budding interest of those girls to meet the corporate world’s seemingly insatiable demand for high-skilled workers in related well-paying jobs has drawn the money and attention from a wide spectrum of influencers, from tech giant Microsoft’s philanthropic research and initiatives to supermodel Karlie Kloss’ hands-on computer coding camp.

Peggy Carr, the associate commissioner at the National Center for Education Statistics who presented the findings, said that the girls’ performance numbers signals that the results are a “meaningful statement” and “not random.”

“Although girls are outperforming boys, boys are taking at a higher rate more engineering classes,” Carr said. “They are outscoring boys whether or not they take a class.”

The test measured the ability to use technology and engineering principles to tackle real-world scenario tasks such as building a bike path or creating a museum exhibit, and tapped into elements of economics, history, math, science and reading. Girls especially outperformed boys in the areas of communication and collaboration.

“The message to the administrators is we need to encourage girls to take more of these technology and engineering courses,” Carr said. “Let’s have boys think more about how to communicate and collaborate around these constructs.”

It’s a familiar concern for those who have been trying to overcome the achievement gap.

Last year, Microsoft issued a study looking at girls and women between 10 and 30 years old to explore why girls seem to lose interest in those subjects over time. It suggested that girls need more role models, hands-on experience and encouragement to stay motivated in the male-dominated industry.