GitLab accused of hypocrisy after ban on Chinese, Russian employees 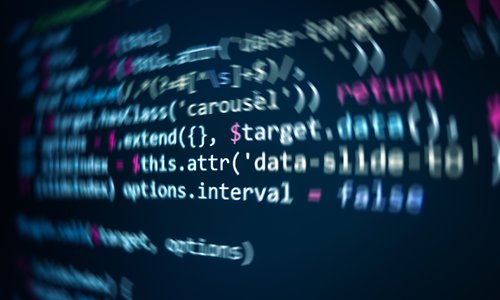 Analysts have accused the US company GitLab of hypocrisy after the company announced recently that it will stop hiring engineers from China and Russia in order to protect user data.

GitLab, an open-core platform for hosting project source codes, recently released a controversial announcement on its website, saying that it will not make offers to people residing in China and Russia. "Current team members are prohibited from moving to these countries," said the announcement.

The decision was made in October, and GitLab said it was based on concern for consumers and was also a "common practice in our industry in the current geopolitical climate."

The company said it would no longer hire Chinese and Russian people for the positions of site reliability engineer and support engineer.

Currently, no people from the two countries serve in the two posts, according to media reports.

The announcement sparked controversy within the company as some personnel questioned the abrupt decision in an official open-source site.

"Why are these countries being singled out? There are currently no laws preventing us from hiring employees in these areas," Candice Ciresi, the company's director of global risk and compliance, commented on the site.

Ciresi also noted that it is contradictory as the company boasts that it accepts any customer not prohibited by law but at the same time blocks China and Russia based on a "perceived political climate."

"Such an act of discrimination would not be compatible with our values as they stand today. That is distressing," Keith Snape, an IT operations system administrator with GitLab, posted following the announcement.

"It is ironic, especially considering that the company was once considered as a representative of open-source platforms and the sharing spirit of the internet," An Yukang, a Beijing-based observer, told the Global Times on Monday.

According to An, the so-called "common practice" shows that some politically motivated industry leaders in the US are overly concerned about "national security" and have been more active in cutting ties with China than the US government.

Sanctions like this have been used before when the US is competing with other countries, An noted.

Earlier this month, the US government launched a national security review of TikTok's parent company ByteDance regarding the latter's acquisition of social media app Musical.ly two years ago because of fears the company might collect politically sensitive content from the US, Reuters reported on Friday.

TikTok has gained growing popularity amid the tensions over the US initiated trade war. About 60 percent of TikTok's 26.5 million active users in the US are between 16 and 24, Reuters reported.

GitLab did not reply to a request for comment from the Global Times as of press time.

The company, which is backed by Google, has served customers including Chinese e-commerce giant Alibaba.