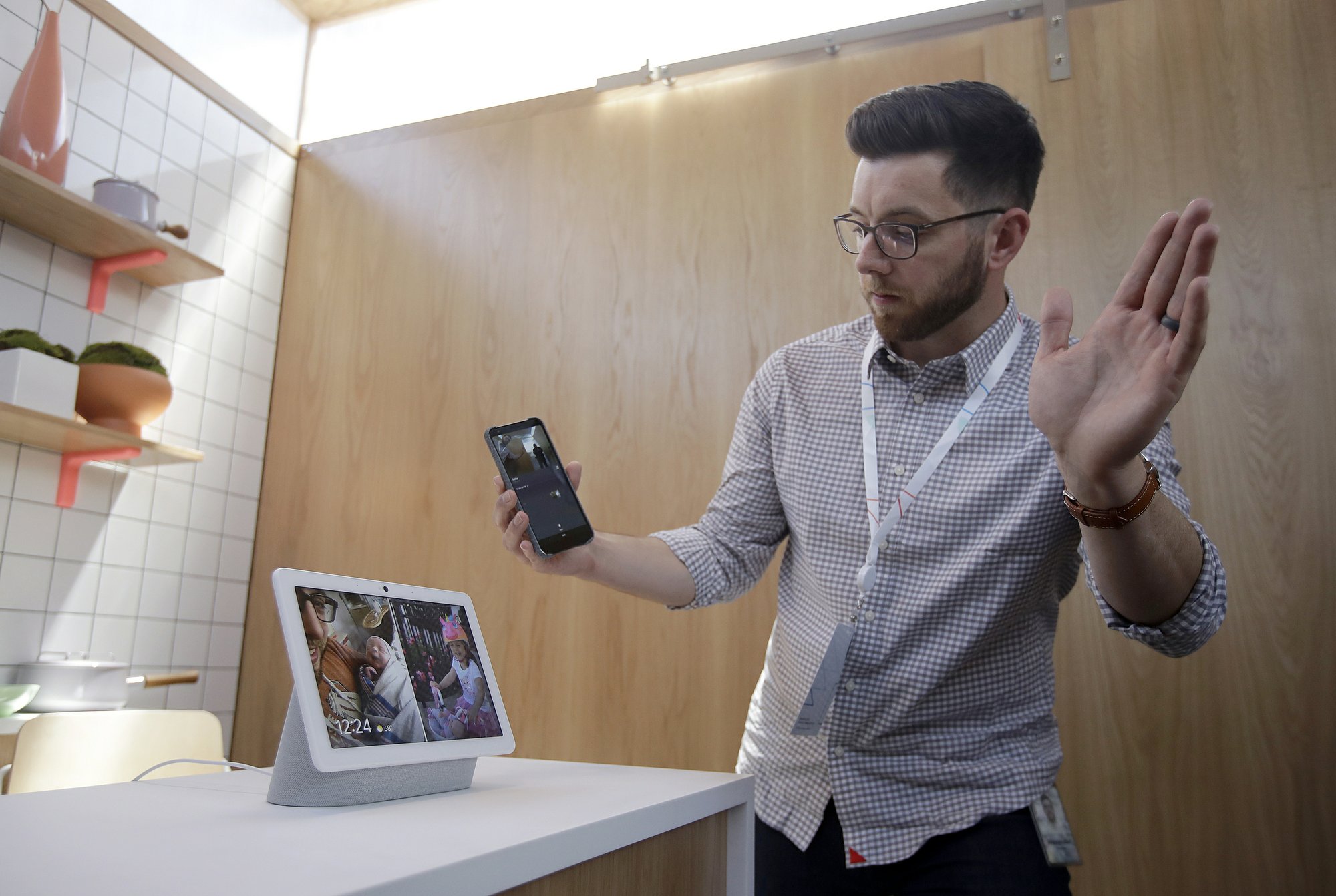 Google announced new privacy tools Tuesday intended to give people more control over how they’re being tracked on the go or in their own home, part of a broader effort by big tech companies to counter increasing scrutiny of their data collection practices.

CEO Sundar Pichai kicked off the company’s annual developer conference by noting that the company wants to do more to stay ahead of “constantly evolving user expectations” on privacy.

That focus echoed throughout the day, with the company demonstrating how many of its artificial intelligence capabilities — including some facial recognition and voice searches — are beginning to be processed on devices, rather than by constantly sending information to company servers.

“They’re sort of marginal improvements,” said Jeremy Tillman, president of Ghostery, which provides ad-blocking and anti-tracking software. “They are not bad, but they almost seem like they’re designed to give the company a better messaging push instead of making wholesale improvements to user privacy.”

Google also announced updates for its artificially intelligent voice assistant as well as a cheaper Pixel phone and a rebranding of its smart-home products.

Data privacy and security at Google and its Big Tech counterparts have been under the microscope for more than a year now. Facebook dedicated much of its own conference last week to connecting people though more private channels rather than broadly on the social network.

Google announced smaller but tangible changes across many of its products. The company makes billions of dollars annually by selling digital ads that are targeted at the interests people reveal through their search requests and data collected by Google apps and services.

For instance, the company said it will extend an “incognito mode” feature to its Google Maps and search apps. When activated, the app won’t record user searches or movements, analogous to how the same feature works in its Chrome browser and YouTube now.

The latest version of Google’s Android phone software will also alert users when apps may be exploiting access to phone location data, which Stephanie Cuthbertson, an Android senior director, called “some of your most personal information.” Android Q, as the new operating system is currently known, will also let users restrict apps’ access to location more generally — for instance, by only allowing apps currently in use to gather the data. (Some apps record location data continuously in the background.)

Location data has been a sore subject for Google. In 2018, an Associated Press investigation found that Google continued storing phone location data even when users turned off a “location history” setting in Android.

The company also revealed plans to overhaul Chrome to let users rein in so-called tracking cookies, which are bits of software that follow people around on the web. The move, which could have major repercussions for the digital advertising industry, would require companies to identify cookies used by third-party websites and advertisers to track users.

“Unimpressive,” declared Princeton computer scientist Jonathan Mayer, who said the scheme would be easy for advertisers to evade. “This is not privacy leadership — this is privacy theater.”

In coming months, Google said that change will enable users to clear most of those tracking cookies without disturbing others that keep users logged into sites or that personalize website settings. Chrome currently only allows people to clear all cookies.

To Marc Rotenberg, president of the Electronic Privacy Information Center, the privacy measures remain unimpressive. “Unless the Federal Trade Commission is prepared to bring enforcement actions against companies, these promises to protect privacy matter very little,” he said.

On the AI front, Google said its digital assistant will get a series of updates this year, including one that lets it book rental cars and movie tickets.

Google says its assistant will be able to make the bookings using online forms on Android phones later this year. The technology behind this, called Duplex, was announced with much fanfare last year when Google demonstrated it making a call to book a restaurant reservation.

The Google Assistant will get shrunk down so that it can work directly on a phone, eliminating the need to communicate with Google’s cloud servers to understand and act on certain commands. The phone-only capability will be available on new Pixel phones later this year.

Google also announced a new, cheaper Pixel phone and a larger smart home display called the Nest Hub Max. Both are packed with AI capabilities, including many that take place on-device without sending information to servers.

That might give Google slightly less information about its customers, said Gartner analyst Werner Goertz. But Google collects information across its many products, and it might not even greatly miss the data it foregoes, he said.

The Nest Hub Max signals the integration of Nest into Google. The $229 display screen is similar to last year’s Google Home Hub , now renamed the Nest Hub, although the new product adds a camera made for video calling that can be turned on and off.

The hub can also be set to recognize different household members using facial recognition — again all the device itself, not in the cloud.