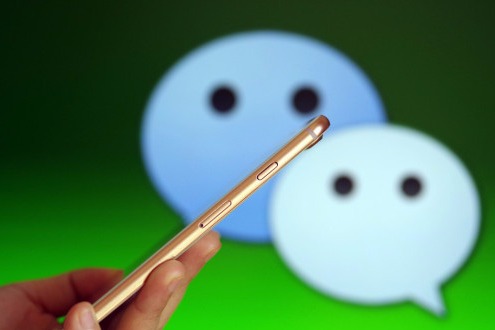 The Xiangzhou district government of Zhuhai special economic zone in South China's Guangdong province published a special notice recently, requiring all government departments, organizations and units in the district to establish no more than one WeChat working group.

Furthermore, "no work assignments and work related content are allowed to be published or forwarded on the WeChat working group after work," the notice said.

"The move aims to help reduce the daily work burden on grassroots level officials and employees," it said.

Xiangzhou district has taken the lead in Guangdong, the window of China's reform and opening-up, to have issued such a notice that requires "one unit, one WeChat group" in its district.

The move has drawn much attention from the public, and the district has quickly hit the media spotlight at home and abroad.

Chen Hongqiang, a local grassroots official, said he is in favor of the notice.

"One WeChat group in one unit, and no work assignments and related content are allowed to be published in the WeChat group after work - that is good news for the mass grassroots officials," he said.

"That would certainly help reduce the burden of the grassroots officials who have to frequently work overtime," he said.

Chen said he was really frustrated in previous years when he was sometimes called back to his unit to work overtime or during weekends.

Xiangzhou is not alone. The General Office of the Communist Party of China Central Committee released a circular in March, requiring more effort be made to solve problems arising from too much formality in order to reduce the burdens on grassroots-level officials.

The circular asked Party committees and relevant government departments at various levels nationwide to keep close watch on the new forms of formality and bureaucratism, and called for effective measures to curb them.

Many district and county or lower-level officials are no longer being asked to attend the city government's conferences as they were in previous years, the statement said.

In the city's Wujiagang district, 636 WeChat working groups have been dissolved to help reduce the burden of local officials and employees, according to the statement.

A local grassroots official said that now he did not have to spend all day in meetings or reply to many work assignments from WeChat groups and then have to work extra hours to fulfill his duties.

Too many meetings and too many work assignments from WeChat groups have become common complaints of the grassroots officials, said the official, who did not want to be named.

He said he used to be in more than 40 WeChat working groups, but now he is involved in less than 10.