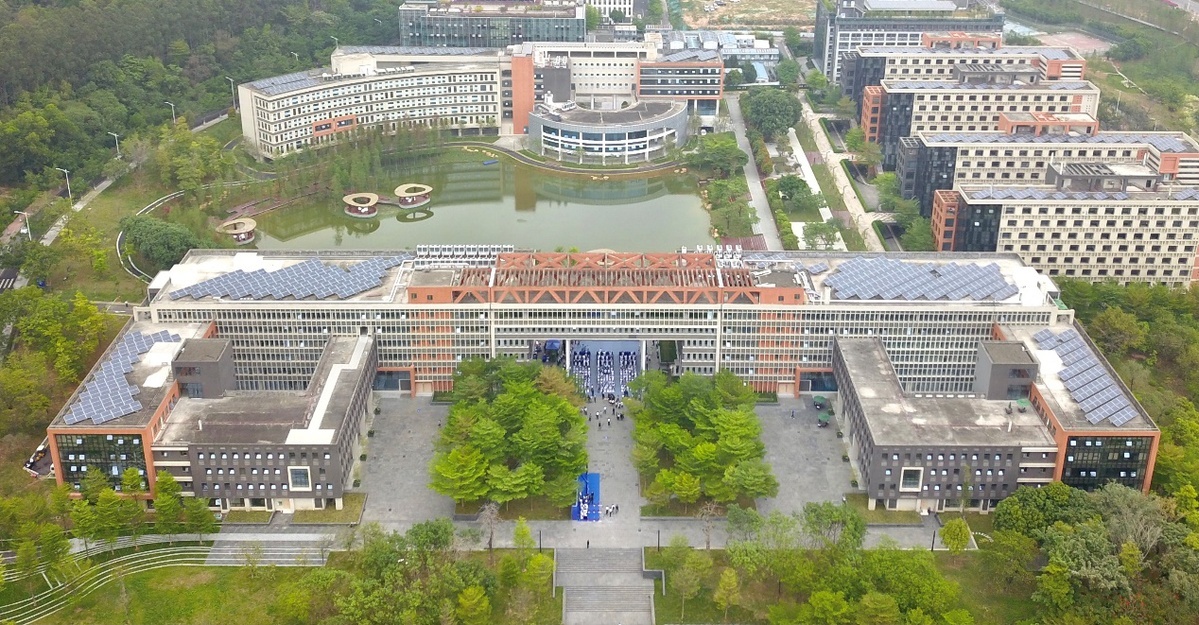 An bird's-eye view of the Guangdong-Hong Kong-Macao Greater Bay Area (Guangdong) Innovation and Entrepreneurship Incubation Base. (Provided to chinadaily.com.cn)

A base supporting innovation and entrepreneurship for people in the Guangdong-Hong Kong-Macao Greater Bay Area was launched on Monday in Guangzhou, Guangdong province.

The base, with an investment of more than 700 million yuan ($106.76 million) and a construction area of 66,500 square meters can accommodate about 200 enterprises, according to sources with the local human resources and social security authority.

Around 70 percent of projects introduced at the base — which is located in the Tianhe district of Guangzhou — will be designated for young people from the Hong Kong and Macao special administrative regions that are included in the Greater Bay Area along with nine cities in Guangdong.

So far, nearly 40 enterprises have been introduced to the base in industries including artificial intelligence; new information technology; energy-saving and environmentally friendly, high-end manufacturing and equipment; new materials; new energy; and biochemicals.

Guangdong, an economic powerhouse in South China, has so far built 12 innovation and entrepreneurship centers to help people from Hong Kong and Macao start business in the province. Some 765 projects have been started.

The provincial government issued a series of preferential policies in early March, including financial subsidies of up to 1,000 yuan per month for each person involved in the innovation and entrepreneurship sectors.