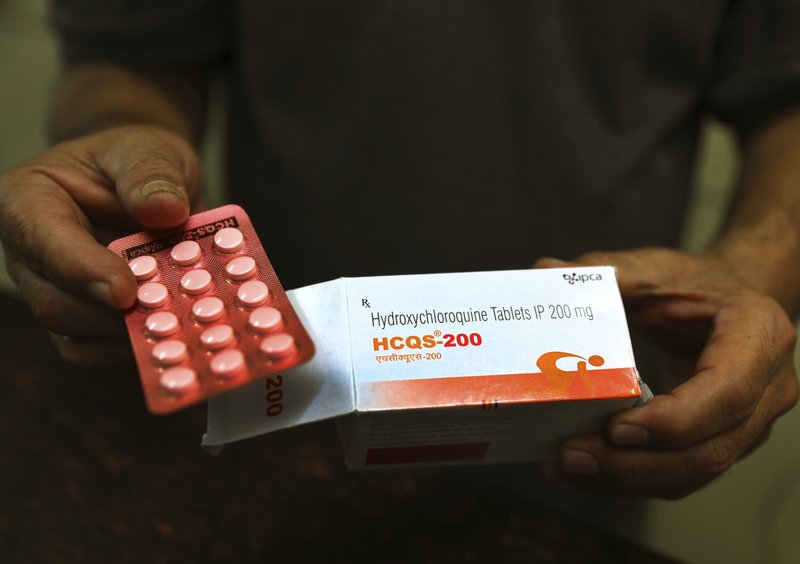 Scientists in Brazil have stopped part of a study of a malaria drug touted as a possible coronavirus treatment after heart rhythm problems developed in one-quarter of people given the higher of two doses being tested.

Chloroquine and a newer, similar drug called hydroxychloroquine, have been pushed by President Donald Trump after some very small, early tests suggested the drugs might curb the virus from entering cells. But the drugs have long been known to have potentially serious side effects, including altering the heartbeat in a way that could lead to sudden death.

The Brazilian study, in the Amazonian city of Manaus, had planned to enroll 440 severely ill COVID-19 patients to test two doses of chloroquine, but researchers reported results after only 81 had been treated.

One-fourth of those assigned to get 600 milligrams twice a day for 10 days developed heart rhythm problems, and trends suggested more deaths were occurring in that group, so scientists stopped that part of the study.

The other group was given 450 milligrams twice a day on the first day then once a day for four more days. That is closer to what’s being tried in some other studies including some in the United States. It’s too soon to know whether that will prove safe or effective; the Brazil study had no comparison group that was getting no treatment.

Only one participant in the Brazil study had no signs of the virus in throat swabs after treatment, researchers noted.

The results from the Brazil study were posted on a research website and have not yet been reviewed by other scientists.

Complicating matters is that all patients in the study also received two antibiotics, ceftriaxone and azithromycin. The latter also can have side effects on the heart. Trump has touted the hydroxychloroquine-azithromycin combination.

Brazil’s President Jair Bolsonaro has repeatedly touted the benefits of chloroquine and azithromycin without evidence. He said at one point he heard reports of 100% effectiveness when administered in the correct dosages, zeroed tariffs for import of the drugs, and late last month announced military labs were ramping up their chloroquine production.