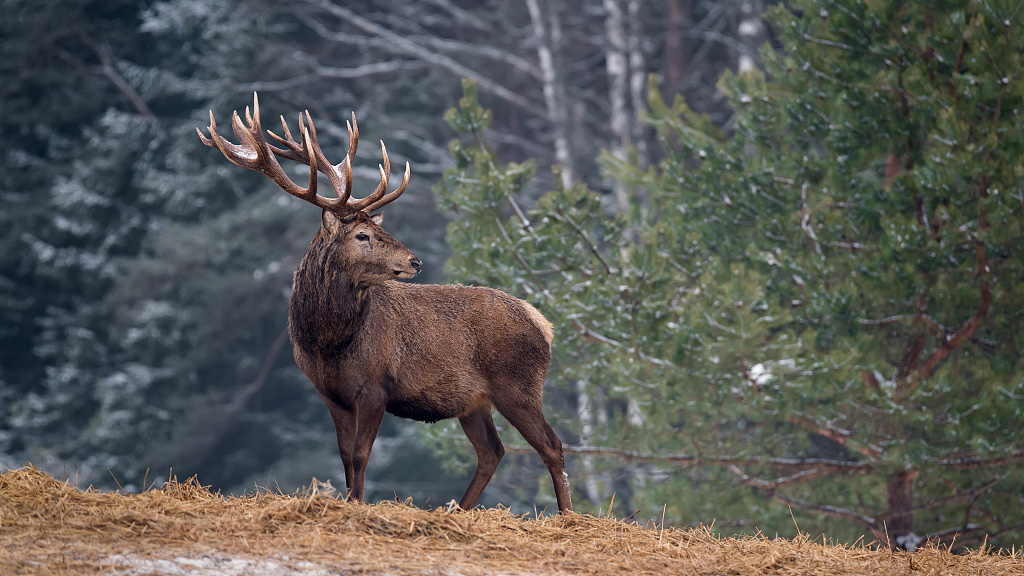 Qilian Mountain National Park­, located on the border of the provinces of Gansu and Qinghai in northwest China, covers a total area of 50,200 square kilometers.

The aerial footage shows a male deer leading three female deer and six fawns through the forest to the alpine meadows to feed for the winter. The white-rump deer is also called "horse deer" in Chinese because of its shape. They usually live in alpine meadows and coniferous forests at 2,400 meters to 4,000 meters.

The species is under second-class state protection in China.