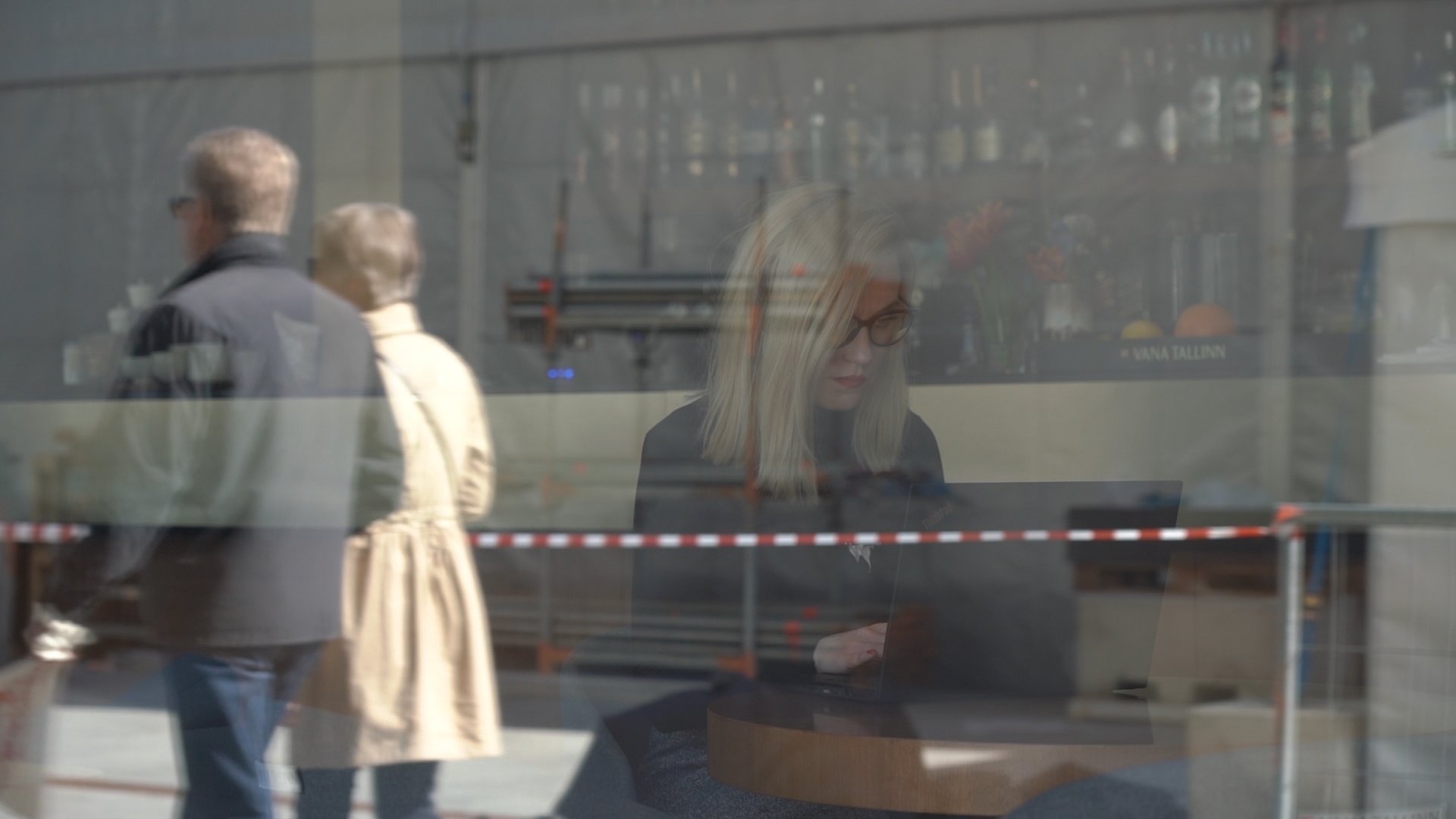 Linda Lainvoo votes online in the European elections from the comfort of a cafe in Estonia's capital, Tallinn, May 16, 2019. Estonia is the only country in the world to allow internet voting for the entire electorate, in every election. (Photo: AP)

Estonia was crippled by cyberattacks on government networks during a dispute with Russia in 2007. Today the tiny tech-savvy nation is so certain of its cyber defenses that it is the only country in the world to allow internet voting for the entire electorate, in every election, and thousands have already done so in the European Parliament elections.

Internet voting — or i-voting —has been available since 2005 in the nation that gave the world Skype, and the percentage of voters using the internet to cast ballots has increased with each election, reaching 44% of voters in national election in March.

Linda Lainvoo was one of the first Estonians to vote in the European Parliament election, which she did from a cafe before heading to work Thursday morning. The 32-year-old civil servant has voted online since she was first eligible to vote.

“I couldn’t imagine my life any different,” Lainvoo said after logging into a secure online portal with her ID card and a PIN code. “I do everything online so I don’t have to stand in queues and do things on paper.”

After downloading an app and identifying herself, she viewed the electoral lists inside a virtual “voting booth” and selected her candidate.

The elections are taking place from May 23-26 across the 28-member bloc to fill 751-seat European Parliament, where Estonia, a nation of just 1.3 million, has six representatives.

Some other countries have integrated technology into voting to various degrees. Several U.S. states, for example, use electronic booths for voters. But they are physical machines placed at polling stations and unlike Estonia’s system, do not allow citizens to log in and vote from anywhere they like.

It took Lainvoo about 30 seconds to vote and by the time she had finished, around 2,000 others in Estonia had also voted.

Estonia’s i-voting system runs from the 10th until the fourth day before the election and allows people to cast multiple ballots, with only the last vote counting. This aims to prevent voter coercion.

Young, tech-savvy males made up the bulk of i-voters in the first few elections, according to the head of Estonia’s Electoral Office, Priit Vinkel. But after four elections it “diffused in the electorate and we can’t say who the i-voter is. Any eligible voter can be an i-voter.”

The electoral commission’s research shows internet voting significantly increases turnout for Estonians abroad and for people living more than 30 minutes away from a polling station.

While it’s hard to quantify the impact of i-voting on the overall turnout numbers, Vinkel says it’s a “sticky voting method” that has “stopped alienation,” meaning a majority of people who have voted online at least once keep voting electronically and are more likely than average voters to keep voting at all.

When Estonia broke away from the Soviet Union and declared its independence nearly three decades ago it embarked on a modernization program that including going digital early on. The country has introduced a high-tech national ID system in which physical ID cards are linked to digital signatures that citizens use not only to vote, but to pay taxes and access health and school records.

But there have been vulnerabilities.

In 2007, a massive cyberattack crippled the country’s networks following a dispute with Russia over Estonia’s removal of a Soviet-era war memorial in Tallinn. The unprecedented scale of the attack forced governments worldwide to reconsider the importance of network security and defense.

Estonia, which borders Russia, took time to build security and privacy into its model. It created a platform that supports electronic authentication and digital signatures to enable paperless communications, in contrast with failed efforts by private companies to provide secure online voting systems in the United States, for example.

The architect of Estonia’s i-voting system, Arne Ansper, compares it to postal voting. An external envelope verifies the identity of the voter — a digital signature for internet voting — which is then stripped from the ballot, leaving an anonymous internal envelope guaranteeing the secrecy of the vote. This envelope is then decrypted at the end of the election.

Transparency and security have been built into the system by allowing people to verify that their vote has been tallied correctly, while a third-party system creates logs that are compared to the results of the ballot boxes and which would reveal any discrepancies.

The role played by social media and fake accounts used to spread fake news in the 2016 U.S. election has also forced governments to reassess electoral interference.

“Trust is the paramount factor in making sure that Internet-based voting actually takes place,” said Tonu Tammer from the government agency in charge of the security of Estonia’s computer networks.

Tammer says his organization is continuously monitoring and adapting to possible threats to the system, but says there are greater risks than an internet attack.

“The biggest concern when it comes to trust is the dissemination of false news,” he said, explaining that it’s easier to erode trust by claiming electoral fraud than actually carrying out a successful attack.

On Friday, the European Commission criticized social media giants Facebook, Google and Twitter for not doing enough to fight disinformation ahead of the EU elections.

But with more than 82,500 people having already voted online by Monday, it seems trust is still strong.

Back in the Tallinn cafe, Lainvoo closes her laptop and prepares to leave for the office.

“I’m not an IT person, but I trust their expertise, and I also trust my state,” she said.