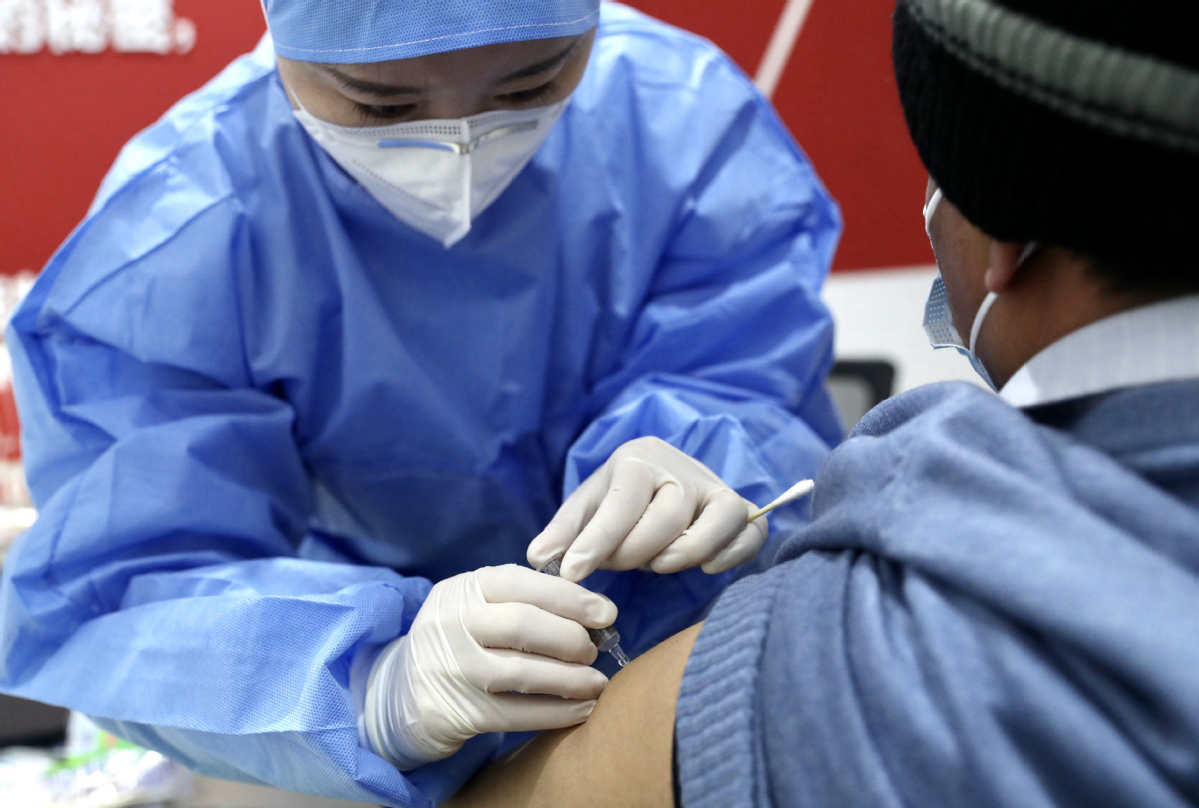 Cutting-edge technology has boosted China's massive vaccination campaign against the novel coronavirus with mobile vaccination vehicles projected to be put into use in April, while formal industry standards are required to regulate these supporting facilities.

Foton Motor Group revealed that it will launch a vaccination vehicle for COVID-19 vaccinations next month in Beijing and Hebei province, saving people time in traveling to vaccination stations and improving the efficiency of vaccination.

The vehicle, with looks like a regular bus, is divided into two separate spaces with a door. People register and receive vaccines at the front half, while the rear half is prepared for females to better protect their privacy during vaccination.

According to Foton, the vehicle is equipped with USB ports, an onboard television and retractable tents outside the vehicle for observation after vaccination.

Onboard WIFI is also available to send real-time data, with which vaccine-takers can immediately update their health code after injection.

Cheng Hua, product manager of Foton's bus department, said in an interview with Beijing Daily on Thursday that it was not that easy to develop the vehicle and the most difficult aspect was to make its space match the demands of vaccination, which requires the vehicle to have separate sections for different vaccination procedures.

He said that receiving vaccines in the vehicle can reduce people's concerns over cross-infection and help promote a large-scale vaccination campaign.

He added that the company has the capacity to produce 12 such vehicles per day after they are put into use in Beijing and Hebei next month. It will also be used for other vaccination work in the future.

The mobile inoculation vehicle is not the first such high-tech facility for the nation's vaccination campaign.

Liang Xiaofeng, vice-president of the Chinese Preventive Medicine Association, said that these efforts to develop high-tech assistance to vaccination and the mobile inoculation vehicle can benefit the mass vaccination campaign.

"The vehicle shortens the distance from people's homes to the vaccination stations, but things are not that easy though, especially for seniors who may have mobility problems," he said. "Vehicle manufacturers should also consider how to facilitate seniors' journeys from their homes to the vehicles."

He said that the shortage of observation space in the vehicle is another problem. "Temporary tents are needed for observation," he said."There also need to be industry standards to better regulate the use of these vehicles. This work requires the joint efforts of the medical and transport sectors."

But he said putting such a vehicle into mass use will facilitate the nation's large-scale vaccination campaign.

"I think it will be of great use in rural areas with poorer medical conditions, as well as big factories that have a large number of people requiring vaccination at one time," he said. "We are pleased to see that many companies put efforts into developing these high-tech supporting facilities for vaccination, and we hope that the growing number of developers can bring down purchase prices, and improve services to the public."