BEIJING, Feb. 17 (Xinhua) - The following are the highlights of China's science and technology news from the past week: 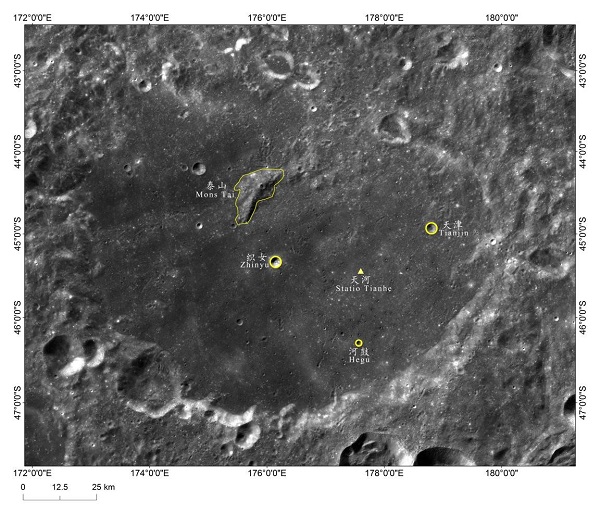 The International Astronomical Union approved the names of geographic features on the moon. (Photo: People's Daily)

-- The landing site of China's Chang'e-4 lunar probe has been named "Statio Tianhe" after the spacecraft made the first-ever soft landing on the far side of the moon last month.

"Tianhe" is the Chinese word for Milky Way and "Statio" is Latin for base. Together with three nearby impact craters and one hill, the name was approved by the International Astronomical Union (IAU).

-- The lander and the rover of the Chang'e-4 probe have been switched to dormant mode on Feb. 11 for the lunar night after working stably during the past lunar day, according to the China National Space Administration (CNSA).

The lunar rover Yutu-2 has driven 120 meters on the far side of the moon, breaking the record of 114.8 meters made by its predecessor, Yutu, China's first rover to leave a trace on the lunar surface in late 2013.

-- Developed by the Institute of Atmospheric Physics under the Chinese Academy of Sciences, an unmanned semi-submersible vehicle has passed a series of river and sea trials and successfully launched instrument-carrying rockets to obtain meteorological data in real-time over a wide area of the ocean. 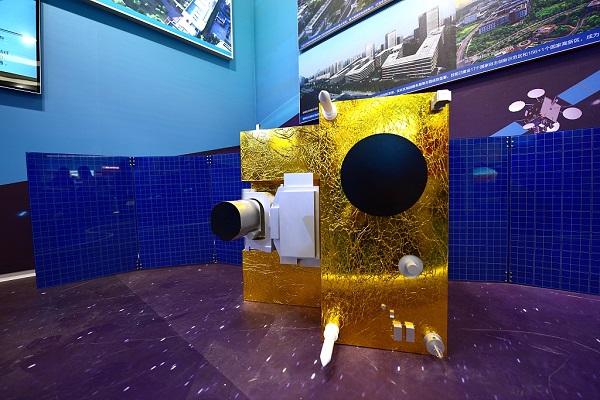 The model of the Quantum Experiments at Space Scale (QUESS) or Micius (File Photo: VCG)

-- The modified version of the Long March-6 rocket, with four additional solid boosters to increase its carrying capacity, will be sent into space by 2020.

-- Chinese scientists have created a new type of smart window screen to capture smog, lowering the density of harmful fine particulate matter PM 2.5 indoors to a safe level within a minute. 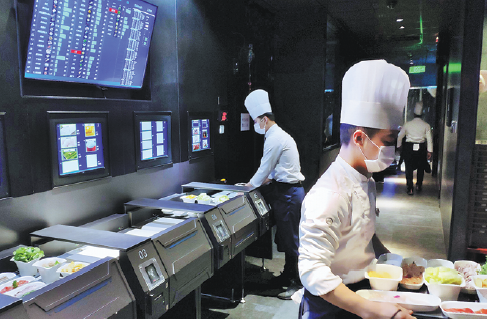 -- A famous hotpot chain has gained even more popularity since it opened its intelligent restaurant in downtown Beijing.

There are 18 automatic "machine arms" that constantly work in an intelligent dish sorting room that is between zero and four degrees Celsius. They are capable of processing up to 8,000 dishes each day. Windows allow guests across the 93-table dining hall to see the operation from start to finish.