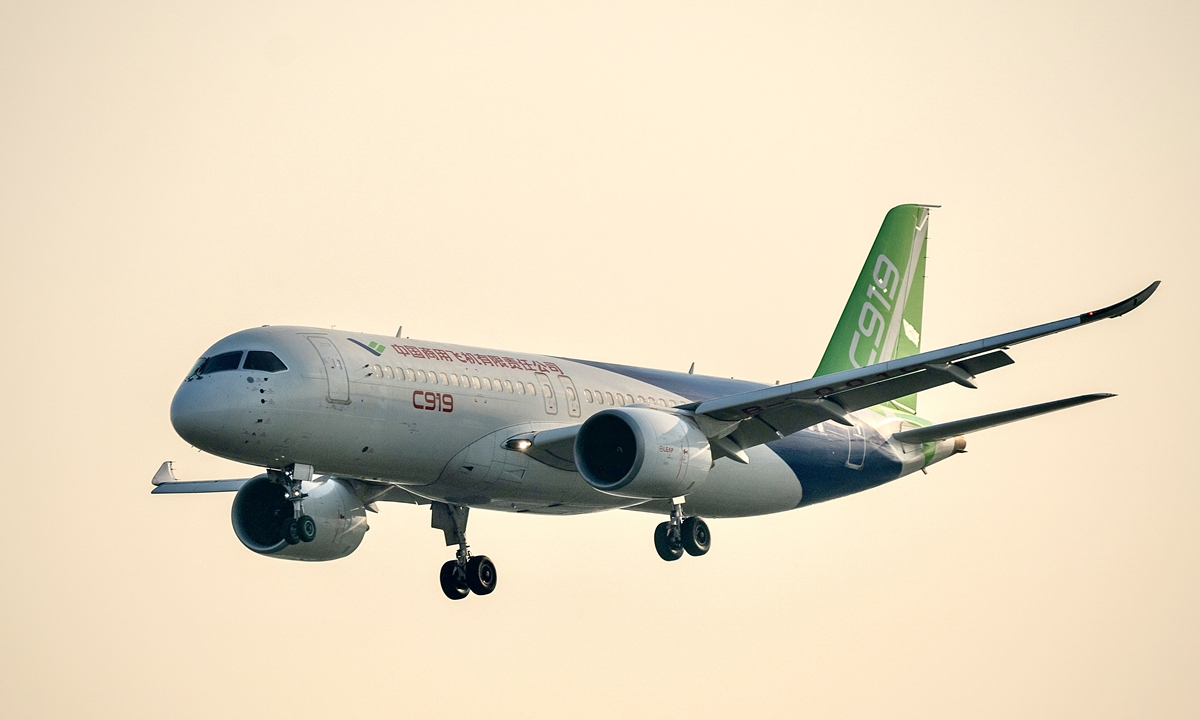 The Commercial Aircraft Corp of China (COMAC) said on Monday that the domestically-produced C919 jet has completed all test flights needed to obtain an airworthiness certificate from the CAAC, a milestone before entering commercial operations.

The producer made the announcement through its official Wechat, which also contains an image of the plane and the Chinese characters “congratulations on C919 completed all test flights before obtaining a certificate.”

On July 23, COMAC said that its C919 jet was nearing certification as its testing planes completed all required trial flights.

Today’s announcement confirms the fact that COMAC has handed in the test results to the Civil Aviation Administration of China (CAAC), and is waiting for approval of a CAAC type certificate, according to Lin Zhijie, an independent market watcher on Monday. After the COMAC obtains the type certificate, the C919 plane is likely to receiving the other two certificates in a short time, Lin said.

Market watchers said obtaining the above-mentioned three certificates means that the plane is accredited with airworthiness certification, a prerequisite for entering commercial flight.

Wang Ya'nan, chief editor of Beijing-based Aerospace Knowledge magazine, told the Global Times in an earlier interview that after obtaining the airworthiness certification, COMAC is expected to carry out demonstration flights on commercial routes and undergo technical training for pilots and relevant personnel, which may take between 6-12 months.

"Ideally, the C919 is expected to be put into commercial operation in 2023 if everything goes smoothly," Wang said.

Market watchers said there are two advantages for C919, one is price, and the second is after-sale services. The aircraft’s price tag will be lower than that of comparable Boeing and Airbus aircraft, and it will be exempted from import duties; the second is that the whole production and service teams will be based within China, which will provide convenience to Chinese airlines.

However, market watchers said it is still at the first stage of seeing if a new plane can challenge the Airbus-Boeing duopoly.

“Our current job is to build the plane, and make the plane fly safely and reliably,” Lin said, adding it will take about 20 years to see if the plane can compete with Airbus and Boeing.

The C919, China's first self-developed trunk jetliner, is fitted with 158-168 seats with a range of 4,075-5,555 kilometers. The plane conducted a successful maiden flight in 2017. In March 2021, COMAC signed a purchase contract with China Eastern Airlines for five planes. The new planes will be used on routes between Shanghai to Beijing, Guangzhou, Shenzhen and Chengdu, according to the airline.

To date, COMAC has received 815 orders for the C919 from 28 customers worldwide.