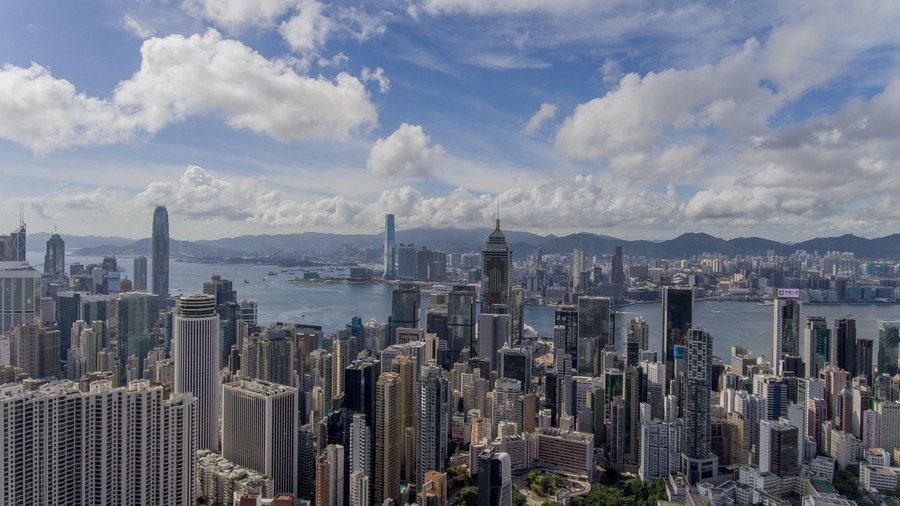 Hong Kong has made significant strides in strengthening innovation and technology－both of which are economic growth drivers proposed in the nation's 14th Five-Year Plan.

The central government pledged for the first time in its blueprint for national economic and social development to give full support to the special administrative region's role as an international innovation and technology hub.

It is a historical opportunity for Hong Kong, and the city should give full play to its advantages such as basic scientific research, financial markets and talent, the report added.

The SAR government is pressing ahead with the "InnoHK" initiative－an innovative measure to develop Hong Kong as a hub for global scientific research collaboration by launching world-renowned institutions and commercial entities in the city.

So far, it has formed the first two InnoHK research clusters in Hong Kong Science Park, namely Health@InnoHK focusing on healthcare and AIR@InnoHK, which specializes in artificial intelligence and robotics.

Laboratory construction on the first batch of 20 R&D centers has been completed and operations are gradually beginning, with another seven centers to be launched this year, said Secretary for Innovation and Technology Alfred Sit Wing-hang at the 2021 World Artificial Intelligence Conference Hong Kong Branch in July.

By attracting more world-class technology and research experts to Hong Kong, we expect to facilitate the industrialization of scientific research results and drive the development of Hong Kong's innovation and technology sectors, Sit said.

The national 14th Five-Year Plan also positions the Hong Kong-Shenzhen Innovation and Technology Park wedged between the two cities' borders as one of the four major cooperation platforms of the Guangdong-Hong Kong-Macao Greater Bay Area for the first time. The other three platforms are Qianhai in Shenzhen, Nansha in Guangzhou and Hengqin in Zhuhai.

The SAR government has earmarked HK$20 billion ($2.57 billion) for the first phase of its development, which consists of eight buildings and is expected to be completed between 2024 and 2027. When completed, it will be the largest technology business park in Hong Kong with an area of 87 hectares.

As the portion of the park in Hong Kong is still under construction, Hong Kong institutions and startups have kicked off projects on the Shenzhen side of the park.

The Hong Kong University of Science and Technology last year set up a Shenzhen-Hong Kong Collaborative Innovation Research Institute in the zone. It adopted a model of "research laboratories downstairs and startups upstairs" to link up scientific research to industrial transformation.

The research cluster has so far accepted 13 laboratory projects, all of which are led by the university's professors. The scientific research projects at the national, provincial and municipal levels involve total funding of more than 70 million yuan ($10.77 million).

HKUST's Blue Bay incubator upstairs has cultivated 15 startups and all are established by HKUST professors or alumni. Areas covered include biotechnology, fintech and information technologies. Four are recognized as national high-tech enterprises.

Gao Lingyun, executive director of the institute, said in an interview with China Daily that Hong Kong's role as an international innovation and technology center is linked with the development of key cities within the GBA.