Smartphone vendor Honor's president confirmed the launch of its first 5G smartphone next month, as the tipping point of 5G smartphones is set to start in China in the coming one or two months, which industry insiders said was faster than expected. 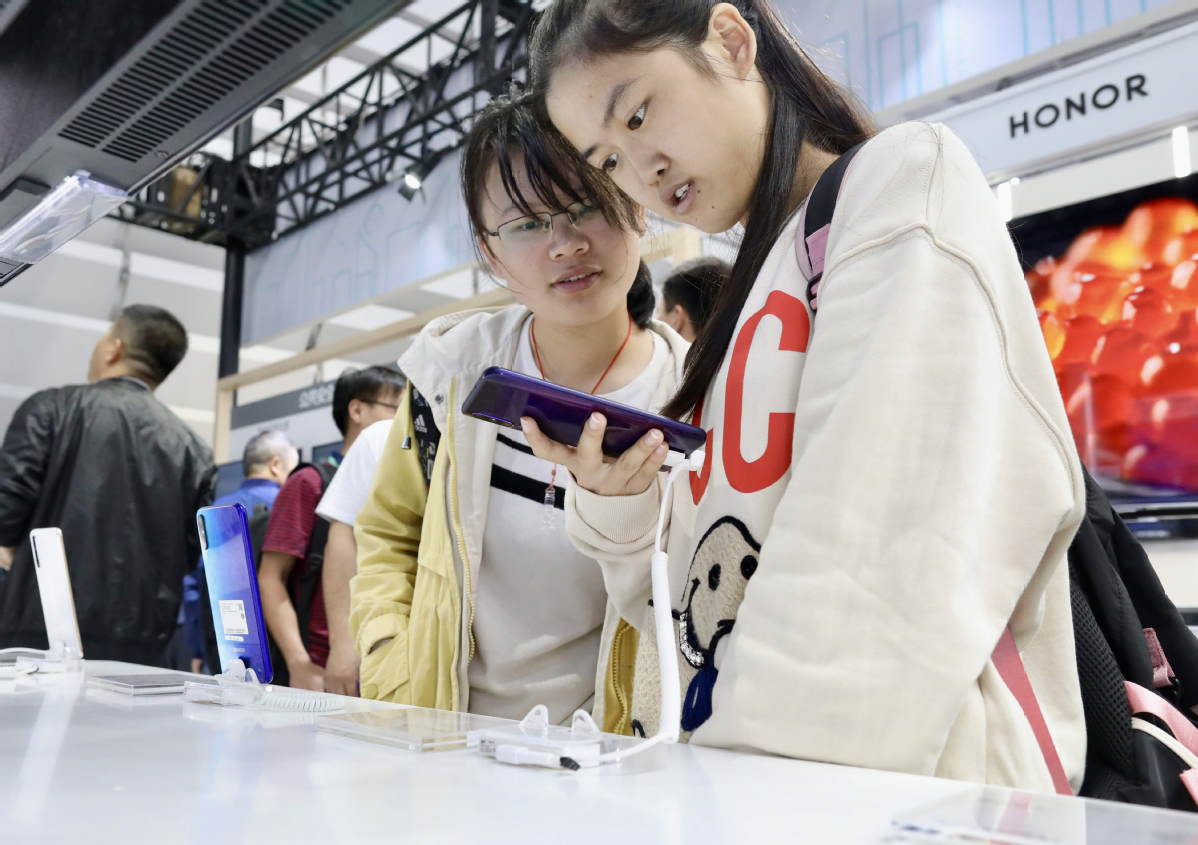 Zhao Ming, president of Honor, a key smartphone brand targeting young consumers of tech firm Huawei Technologies Co, said in an interview with China Daily that in November Honor will unveil its "V30 series smartphones with 5G and some hard techs on board".

"Such a timeline is after careful consideration as the run-in period of 5G smartphones pretty much ended here in China. We believe the V30 series will be a hot series by then," Zhao said at the World Internet Conference, which ended on Tuesday.

Zhao said that the past few months did not see the popularization of 5G smartphones, mainly due to the immaturity of support networks and a lack of attractive selling points for current 5G handsets.

"In the next one or two months, Chinese consumers' passion for 5G smartphones will be fully driven. The tipping point of 5G smartphone users will come soon after then," he said.

A report from the China Academy of Information and Communications Technology also showed that a total of 497,000 5G smartphones have been shipped in China last month, almost double from 291,000 in the previous month.

"Chinese consumers have shown huge enthusiasm for 5G smartphones, which has outpaced our expectations," Lei Jun, founder and CEO of another leading smartphone vendor Xiaomi Corp, said at the WIC.

To tap into this demand, Lei said that Xiaomi plans to launch over 10 types of 5G smartphones next year and will cover all mid-and high-end types.

Fu Liang, an independent analyst who has been following the telecom industry for more than a decade, said a key hurdle in 5G adoption was the price of 5G smartphones and data packages, along with the 5G support network.

"But Chinese companies are adopting aggressive strategies to extend 5G coverage and lower the prices. The more quickly 5G networks are constructed and the cheaper the smartphones and data packages are, the easier it will be to convince people to purchase them," Fu said.