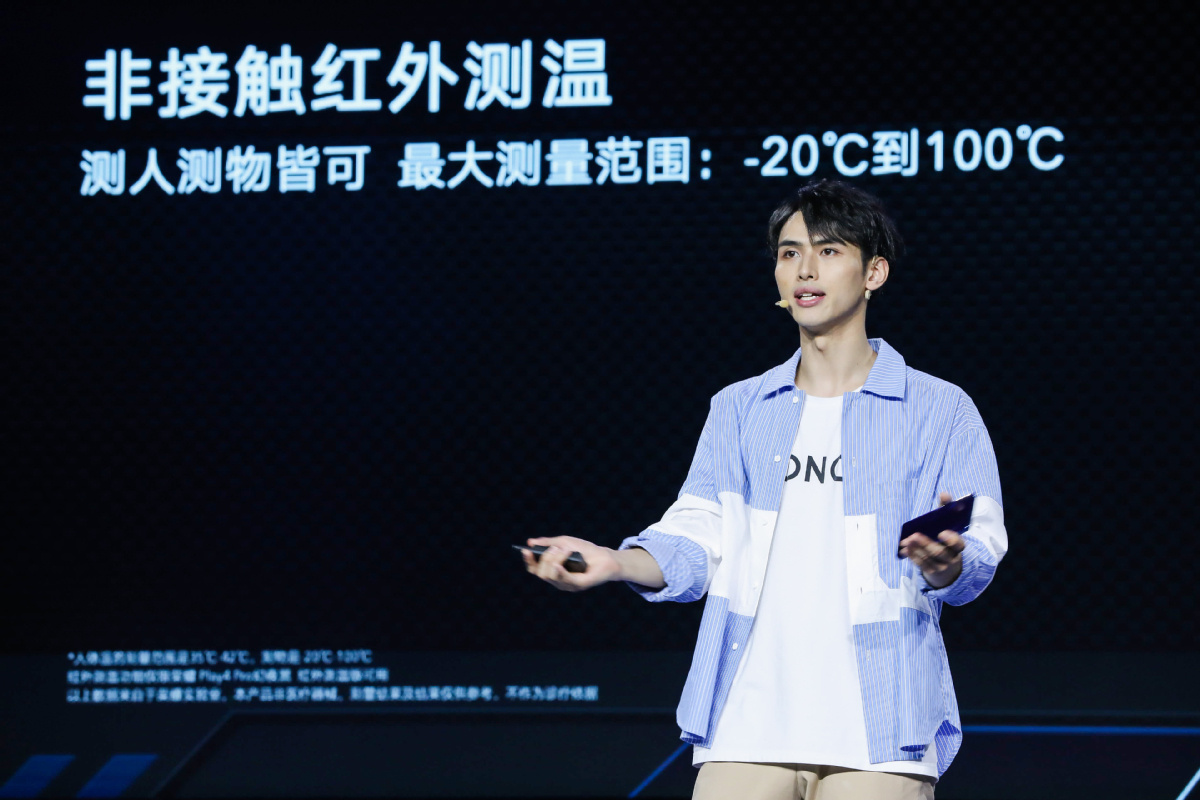 Honor, one of the two signature smartphone brands of Huawei Technologies Co, unveiled its latest 5G smartphone that can users' temperatures via infrared ray. This can help consumers better keep track of their health amid the COVID-19 outbreak.

The Play 4 series can take temperatures ranging from minus 20 degrees centigrade to 100 degrees, Honor said. It is part of Honor's broader efforts to popularize 5G smartphones in China.

The Honor Play 4 Pro uses the Kirin 990 chip, giving it flagship-level performance as well as 5G connectivity. The Pro has only two cameras on its back, but they are quite special. The main shooter is based on a Sony sensor, which Honor says can capture 40 percent more light than traditional sensors. The second camera has Optical Image Stabilization features and takes 8 megapixel photos.

The move came as Huawei, the world's second-largest smartphone maker, said it accounted for 55.4 percent of China's 5G market during the first quarter of this year.

Honor, created in 2013 to complement the Huawei brand, focuses primarily on its target audience of millennials and people pursuing young fashionable lifestyles. It is now the most popular smartphone brand on China's e-commerce platforms and has been expanding its presence in the smart home market.