TECH How big a threat is an electromagnetic attack?

How big a threat is an electromagnetic attack? 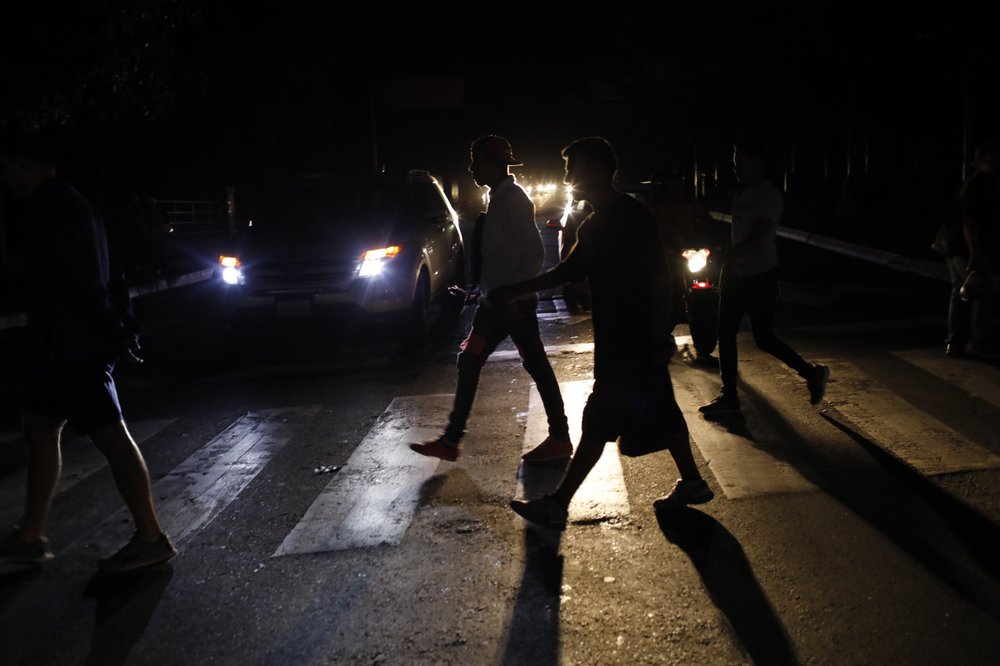 When much of Venezuela was plunged into darkness after a massive blackout this week, President Nicolás Maduro blamed the power outage on an “electromagnetic attack” carried out by the US.

The claim was met with skepticism. Blackouts are a regrettably frequent part of life in Venezuela, where the electric grid has fallen into serious disrepair. And Maduro’s administration provided no evidence of an electromagnetic attack.

“In Venezuela, it’s a lot easier for him to say we did something to him than he did it to himself,” said Sharon Burke, senior adviser at New America, a nonpartisan think tank, and former assistant secretary of defense for operational energy at the Department of Defense. “Their grid, it’s decrepit. It’s been in very poor shape. They’ve been starving their infrastructure for years.”

Nevertheless, Maduro’s claim has raised questions over what exactly is an electromagnetic attack, how likely is it to occur and what impact could it have.

WHAT IS AN ELECTROMAGNETIC ATTACK?

There are also smaller electromagnetic pulse weapons that are being developed, but they would be unlikely to cause a power outage as large as the one Venezuela experienced, experts said.

The term electromagnetic attack also can refer cryptography, or an attack where the perpetrator is seeking secret keys or passwords, but that’s more likely to be directed at portable electronic devices, not electric grids, said Shucheng Yu, an associate professor of electrical & computer engineering at Stevens Institute of Technology.

HAS ELECTROMAGNETIC PULSE TECHONLOGY EVER BEEN USED?

In the 1962, during the Cold War, the US detonated a nuclear weapon above the atmosphere over the Pacific Ocean, and the experiment — known as Starfish Prime — knocked out power to traffic lights and telecommunications in parts of Honolulu, illuminating the sky and even leading hotels to host viewing parties, according to news reports.

Russia conducted a series of “high-altitude nuclear bursts” in 1961 and 1962 to test electromagnetic pulse impacts over Kazakhstan and destroyed that country’s electrical grid, according to testimony to Congress from the Commission to Assess the Threat to the United States from Electromagnetic Pulse Attack.

COULD VENEZUELA HAVE SUFFERED FROM AN ELECTROMAGNETIC ATTACK?

While several countries have capabilities to detonate a nuclear weapon and cause an electromagnetic pulse, it’s unlikely that such a maneuver would escape the world’s attention.

“If he’s suggesting that the US detonated a nuclear weapon above the atmosphere, you think that would happen without anyone noticing? I don’t think so,” Burke said of Maduro’s claim. “You can’t secretly detonate a nuclear weapon.”

A senior US administration official said Maduro is to blame for the latest blackout because his government has mismanaged the economy and is responsible for the destruction of his country’s infrastructure. The official was not authorized to respond to questions about the blackout and spoke only on condition of anonymity.

Unlike a cyberattack, which can be carried out by a hacker in a basement, generating an electromagnetic pulse requires a state-sponsored weapon.

“It’s hard to imagine that actor being incentivized to pull off and conduct such an attack. It would be pretty aggressive to do that,” said David Weinstein, chief security officer at Claroty, a security company that specializes in protecting infrastructure. “Also, the power fails easily in Venezuela anyway, so it’s almost like a waste of the capability.”

HOW MUCH OF A THREAT DOES AN ELECTROMAGNETIC PULSE ATTACK POSE?

It depends on who you ask. While the technology to launch an electromagnetic attack exists, and the impacts could cause widespread damage to electronics, some security experts believe the likelihood of such an attack is low and the threat is overstated.

“If they want to knock out the grid, I was trying to think of 12 ways to do it, this wouldn’t be high on the list,” said Bill Hogan, professor of global energy policy at Harvard University. “The (US) system is run very conservatively, there’s a lot of redundancy, and you’d have to be pretty sophisticated to knock out a lot of it.”

Others are convinced that an electromagnetic attack could wipe out vast swaths of the US power grid for prolonged periods, potentially killing most Americans.

The Electric Power Research Institute, a think tank funded primarily by utilities, found in an April study that an electromagnetic pulse could trigger regional service interruptions but would not likely trigger a nationwide grid failure in the US.

But the Commission to Assess the Threat to the United States from Electromagnetic Pulse Attack, which has been sounding the alarm on the possibility of this type of attack for years, said in 2017 Congressional testimony that a nuclear electromagnetic pulse attack would inflict massive widespread damage to the electric grid. An attack on the US, it warned, would inevitably lead to a widespread protracted blackout and thousands of electronic systems could be destroyed, risking millions of lives.

“I think it’s a good thing that awareness has grown, and the potential risks and consequences have captured people’s attention, but at the same time, the much more practical and frankly the threat that we’re facing on a day-to-day basis is the cyber threat,” Weinstein said.