TECH Huawei bets on own OS to create 'ecosystem'

Huawei bets on own OS to create 'ecosystem' 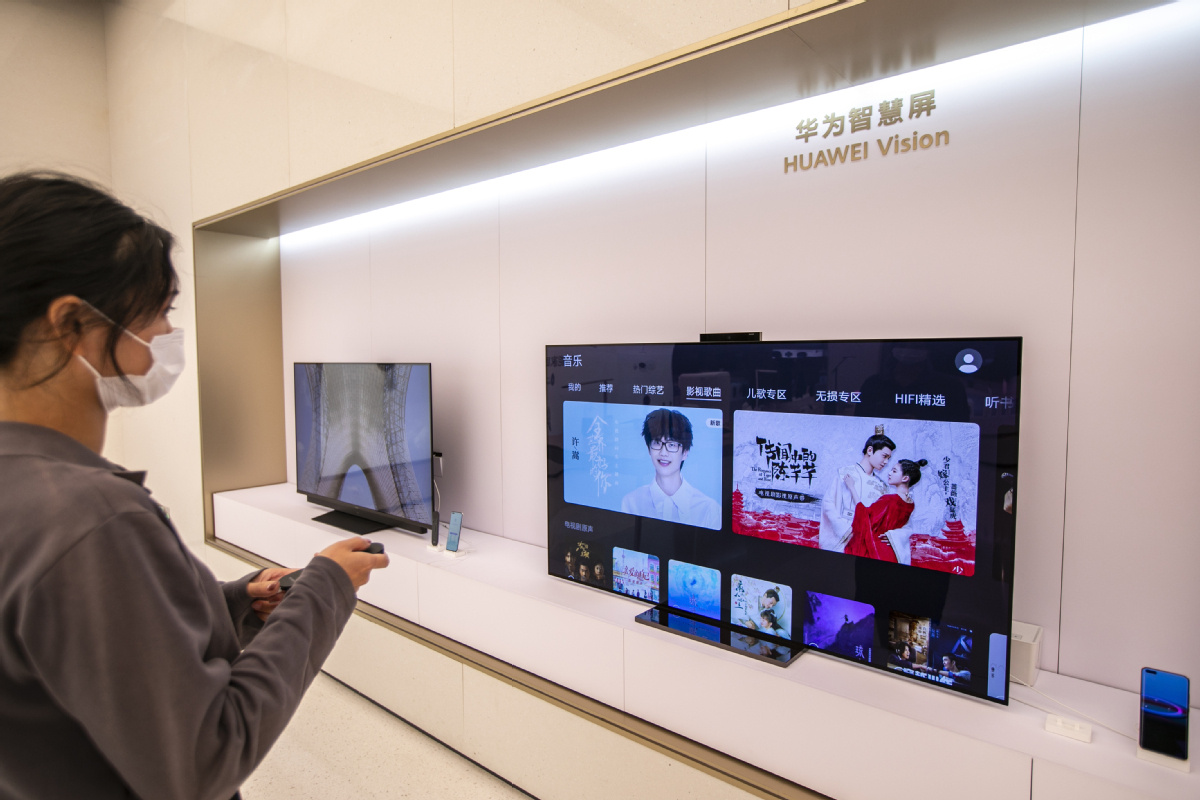 A shopper tries a Huawei TV, which is installed with HarmonyOS, at Huawei's flagship store in Shanghai. [Photo/China Daily]

Huawei Technologies Co said it will install HarmonyOS, its in-house operating system, in 200 million smartphones this year as part of its ongoing efforts to create a robust app ecosystem, despite the restrictions abroad.

The move marks an important step for Huawei, which has been preparing for its transition from Google's Android operating system to HarmonyOS for a long time after Washington restricted its access to Google software and services in 2018.

Wang Chenglu, president of the software department at Huawei's consumer business group, said in an interview that HarmonyOS is an operating system designed for the internet of things era, and it can connect all kinds of IoT devices.

"Huawei wants to have 300 million devices running HarmonyOS this year, with 200 million of them being smartphones and more than 30 million tablets, smartwatches, smart TVs and other products," Wang said, adding the rest would be third-party products from Huawei's partners.

"It is very important to cultivate a sound ecosystem for HarmonyOS in two years. Now, we have hundreds of millions of Huawei mobile phone users. If they upgrade their smartphones' systems to Harmony-OS and feel that the experience is good, they will stay with our products," Wang said.

HarmonyOS was unveiled more than a year ago and is undoubtedly the biggest push by Huawei to build its own software ecosystem. The operating system has already been used in tablets, smart TVs, as well as third-party companies' home appliances such as ovens and smoke exhaust ventilators.

Yu Chengdong, CEO of Huawei's consumer business group, said earlier that starting from April, the company will gradually expand HarmonyOS to its flagship smartphones, with its latest foldable handset Mate X2 among the first batch to use the system.

In December, Huawei released a developer beta version of Harmony-OS 2.0 for smartphone app developers, so that they can come up with applications for HarmonyOS on smartphones.

Charlie Dai, principal analyst at market research company Forrester, said: "The US government's restrictions leave Huawei with no choice but to accelerate research and development to build an open tech ecosystem of its own, from hardware to software for smartphones. It is a tough journey but Huawei must go through it to survive and thrive."

In September, Huawei unveiled an updated version of HarmonyOS 2.0, which can help make IoT devices smarter. For instance, with HarmonyOS 2.0, e-commerce giant JD's app can run on televisions, even refrigerators, and other screen-equipped devices. Thus, hundreds of millions of devices, including cars equipped with a smart screen, can run the JD app or any other app.