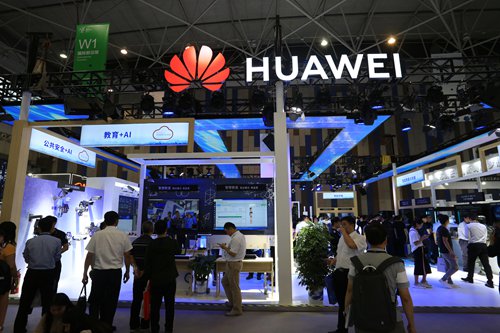 Huawei Technologies unveiled an open lab for next-generation 5G wireless network in South Korea on Thursday, but kept the launch low-key given its recent blacklisting by the US government, a key security ally of the Asian nation.The Chinese tech giant, the world's top producer of telecom equipment, said it planned to invest about $5 million in the lab in the Junggu district of Seoul. It did not provide any more details on the location and did not invite media to the launch."Based on the philosophy of 'In Korea and for Korea' and the strength of its own 5G network, Huawei will build a 5G ecosystem through cooperation with a number of South Korean ICT companies and especially small and medium-sized enterprises," Huawei's Korea office said in a statement.The event was, however, overshadowed by the US decision earlier this month to ban American tech and telecom firms from doing business with Huawei. The US has also been urging its allies to bar the Chinese company from their 5G networks.Huawei had initially considered inviting the press to the launch in South Korea, but after the US ban it decided to keep the event low-key, a person with knowledge of the matter said."Huawei wanted to promote the launch to as many Korean small and medium-sized enterprises as possible, but it decided to keep the press out after the ban to avoid any damage to its Korean partners in case they are shown in the media," the person said, declining to be named due to the sensitivity of the matter.Huawei said the heads of South Korean enterprises attended the event, but did not disclose any names.The move underlines Huawei's commitment to South Korea. The Chinese company purchases components such as chips and screens from the country.The lab in South Korea is Huawei's first open 5G services development center in the world that will allow other companies to test their platforms, according to the company.South Korea rolled out 5G services in April, hoping the next-generation wireless technology will spur breakthroughs in fields such as autonomous cars.Currently, Huawei provides 5G network equipment for a small South Korean carrier, LG Uplus. LG Uplus has said it does not plan to remove Huawei gear, but promised to step up security checks.The two bigger carriers, SK Telecom and KT, do not use Huawei equipment.Tours at HuaweiLess than a week after Huawei Technologies was blacklisted by the US, more than 100 South Korean politicians and business leaders toured the company's headquarters and its new campus outside Shenzhen, South China's Guangdong Province.Executives from firms such as Samsung Electronics watched demonstrations of high-speed robotics and smart city simulations powered by Huawei's next-generation 5G network equipment. The event was part of a Seoul-backed forum aimed at building tighter tech links between China and Asia's fourth-largest economy.But the gathering was also overshadowed by the US decision to blacklist Huawei.The campaign against Huawei and the broader China-US trade war have landed export-driven South Korea in a familiar bind, caught between its crucial security ally and biggest trading partner.Key global tech companies are suspending sales of parts and software to the Chinese firm and several mobile carriers are delaying the launch of new Huawei handsets. But in South Korea, business executives and politicians said they see few alternatives to conducting business with China as normal.For Samsung, South Korea's national tech champion, any advantages it could gain from Washington's move against Huawei would be outweighed by the pain of lost business, experts said.Samsung could increase its share in smartphones and telecom network equipment, at Huawei's expense, and its stock has ticked up modestly since the US ban was announced. The broader trade war could also blunt the rise of new Chinese rivals in chips and smartphone screens.But Huawei is also one of the biggest customers for Samsung's memory chips, and the South Korean firm has multiple factories in China serving a plethora of customers. Samsung Vice Chairman Yoon Boo-keun was among those who took part in the Huawei tour."They compete, but they are important partners too," said Min Byung-doo, a South Korean ruling Democratic Party member of parliament who was part of the tour, referring to Huawei and Samsung. He said that South Korean companies had "no simple alternative" to maintaining business relationships with Huawei.South Korean government officials and tech company executives say there is plenty to worry about in the long run. China is South Korea's largest trading partner, accounting for 26.8 percent of the country's exports in 2018, compared with 12 percent for the US.Huawei alone bought $10.7 billion worth of South Korean products last year, accounting for about 17 percent of the country's electronics parts exports to China, according to data from the South Korean government and Huawei.South Korea's SK Hynix, the world's second-biggest memory chip maker, counts Huawei as its top customer.Some experts believe South Korea will not be able to walk the line between the two powers amid an intensifying tech trade war."South Korea has to face the moment of truth - choosing the US or China," said Han Suk-hee, a professor of Chinese studies at Yonsei University and a former South Korean consul general in Shanghai.South Korea's presidential office said it cannot comment on discussions with the US.A South Korean government source close to the situation said there are no easy answers."Sorry, we are not the US, and can't just do the same as what the US is doing to China," he said when asked whether the country will join the US campaign against Huawei. "We can't jump to a simple conclusion."LG Uplus Corp, the only South Korean telecom firm to use Huawei equipment for its 5G network, declined to comment."Huawei has an 'In Korea, for Korea's advancement' philosophy," Huawei's head of Asia-Pacific, Tian Feng, was quoted as saying by South Korean officials who took part in the tour.