TECH Huawei offers $200 million to lure developers, ramping up efforts to replace Google amid US ban

Huawei offers $200 million to lure developers, ramping up efforts to replace Google amid US ban 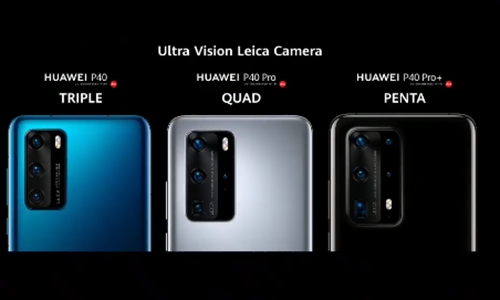 Huawei on Friday said it will invest $200 million to attract developers for its Kunpeng computing industry, strengthening its pace of building a competitive ecosystem aiming to replace Google amid the US' Huawei ban.

Hou Jinlong, President of Huawei's Cloud & AI Products and Services, said during the Huawei Developer Conference 2020 on Friday that the company's developers now top 1.6 million people after the last two years of development, and the company expects to employ 5 million within five years.

The firm is expecting that more than 90 percent applications could run on Kunpeng within three years, Hou said.

Huawei also announced support details for universities, startups, developers and partners. For universities, it provides 100 million yuan ($14.16 million) in support, including talent training, cloud resources and prototype support. In addition, Huawei and China's Ministry of Education signed a three-year agreement to invest 1 billion yuan to jointly cultivate the next generation of talent.

The plan comes as the US intensifies its crackdown on the Chinese tech giant, with senior officials in the Trump administration agreeing to new measures to restrict the global supply of chips to Huawei, according to a Reuters report on Thursday citing sources familiar with the matter.

Per the report, under the proposed rule change, foreign companies that use US chipmaking equipment would be required to obtain a US license before supplying certain chips to Huawei.

In response, Hou told the Global Times on Friday that the firm has a mature global labor division in the IT and communications industry with many global partners, and will continue to cooperate and talk with its global partners in the future, and will make more contributions to the world.

Nonetheless, the company still faces pressing demand to lure developers amid US sanctions that bar it from suppliers including Google. The firm on Thursday launched its P40 flagship phone series in Paris, but did not have licensed access to Google's apps, which hindered its overseas sales.

The company is facing pressing demand to lure developers amid US sanctions that bar it from suppliers including Google. The firm on Thursday launched its P40 flagship phone series in Paris, despite the fact that it did not have licensed access to Google's apps.

Huawei has been promoting HMS, its replacement to Google's apps and services. Richard Yu, CEO of the Huawei Consumer Business Group, said during the launch event in Paris that HMS has over 4 million monthly active users and more than 1.3 million developers and partners globally, and is available in over 170 countries and regions.

Huawei on Friday reached a strategic agreement with Tencent Games, where the two vowed to set up a joint laboratory and carry out in-depth cooperation in cloud gaming and mobile cloud engines.

On February 14, the US issued its fourth extension for Huawei, delaying its supply ban until May 15. The US added the Chinese company to an economic blacklist in May of last year, citing national security concerns.