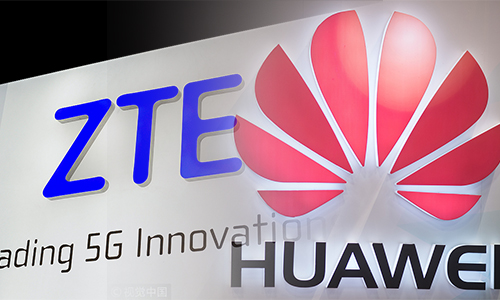 Companies from China and Hungary on Friday signed several cooperation agreements, as Hungary seeks to strengthen economic and trade ties with China and explore further opportunities under the Belt and Road Initiative (BRI).On the sidelines of the Second Belt and Road Forum for International Cooperation (BRF), which opened in Beijing, a dozen companies signed seven business deals that cover sectors from telecom, aviation to pharmaceuticals.Chinese telecom giant Huawei signed an agreement with the University of Szeged on research and development in information technologies. ZTE ITS, a subsidiary of another Chinese telecom firm ZTE, engaged in smart transportation, also signed deals with Hungary's GB & Partners and EPS Global on car parking management.Speaking at a signing ceremony in Beijing, Hungarian Foreign and Trade Minister Peter Szijjarto said that his country welcomes more investments from Chinese companies in the European country and encourages more Hungarian companies to do business in the Chinese market."As long as the companies follow Hungarian laws and regulations and do not pose a threat to our national security, we welcome them and will treat them fairly," Szijjarto said through a Chinese interpreter, adding that deepening cooperation with China is "crucial" for Hungary's economic prospect.China and Hungary have seen warm bilateral ties in recent years, with trade and investment steadily rising.In 2018, trade between China and Hungary rose by 7.5 percent year-on-year to $10.9 billion, with the latter exporting $4.34 billion in goods to China, according to official Chinese data.Investments between China and Hungary have also steadily grown in recent years, particularly after the BRI, with Chinese companies investing $3.27 billion in Hungary by the end of 2018. Hungarian businesses invested $367 million in China.At the ceremony on Friday, Xi'an Xianyang International Airport in Northwest China's Shaanxi Province signed an agreement with the Budapest airport on cargo and other services. Chinese healthcare giant Sinopharm and CR Pharma also signed separate agreements with Hungary's Gedeon Richter Pharmaceutical (China) on supply chain cooperation."Our economic relationship is at its best in history," Szijjarto said. "The Hungarian government will continue to expand cooperation with China."Hungary was the first European country to sign up to the BRI and looks to further expand cooperation with China under the initiative.In a meeting with Chinese Premier Li Keqiang on Thursday, Hungarian Prime Minister Viktor Orban, who was in Beijing to attend the BRF, said his country will participate in the joint development of the BRI, the Xinhua News Agency reported.Hungary would not bend to "any kind of external ideological pressure" and will support the BRI, the Hungarian prime minister said during the meeting, according to the Budapest Business Journal.The two leaders also oversaw the signing of several agreements on government cooperation in several areas, including the establishment of a Hungarian-Chinese cooperation center, on the "digital silk road," free trade and export of Hungarian poultry to China.