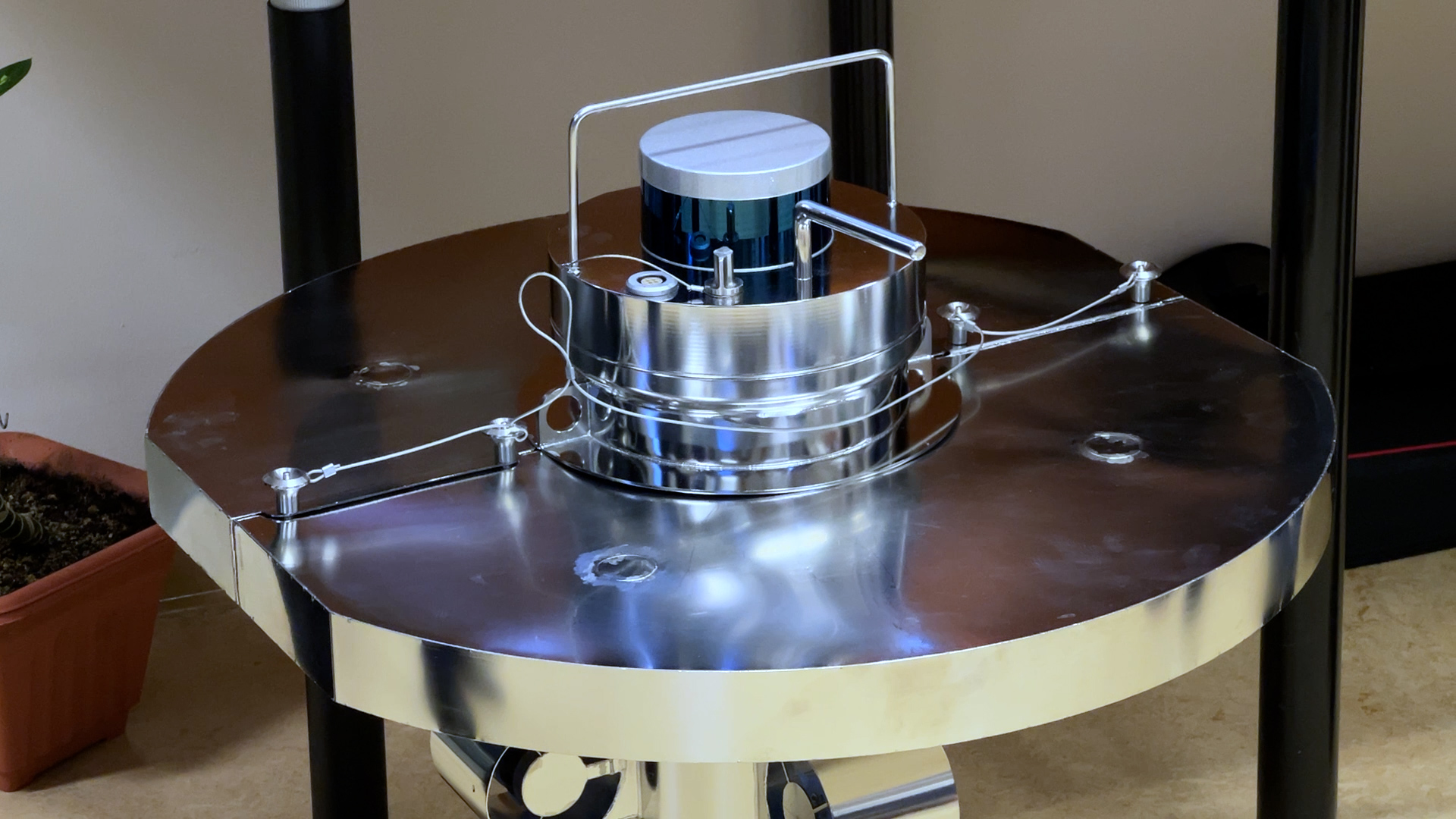 The new 'Cerenkov' robot will automatically check if the amount of spent nuclear fuel in the reactor pond matches the declared data.(Photo: Johannes Pleschberger/CGTN)

The UN's nuclear watchdog IAEA has presented new surveillance devices to help monitor plants around the world. The agency is constantly developing new technology to cope with the challenges posed by countries like Iran and the DPRK.

Although it is still waiting for final authorization, the 'Cerenkov' robot is set to replace the inspection visits as a way of confirming the amount of spent nuclear fuel in the reactor pond, verifying that none of it has been removed and potentially diverted for alternative use.

Compared to the previous 'Cerenkov' device, the new robot is "more detailed, more accurate and you can compare the results," Alexey Anichenko from the IAEA's department of safeguards told CGTN.