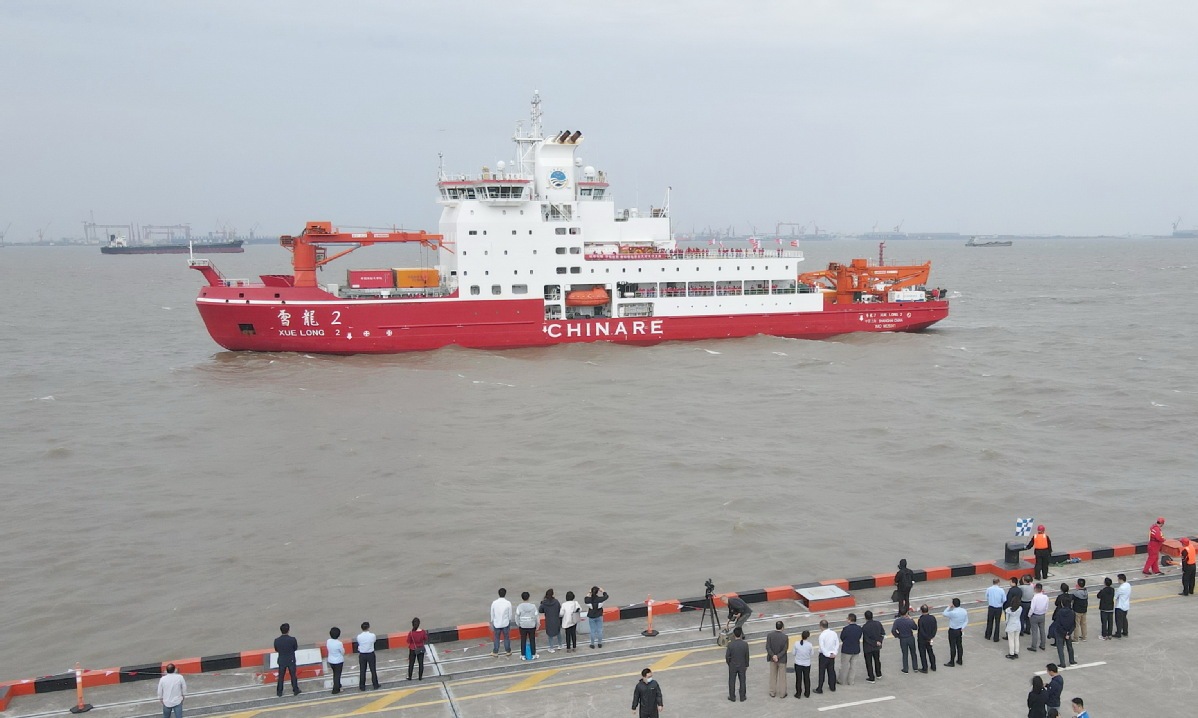 China's icebreaker Xuelong 2 returns to its port in Shanghai on Friday, marking the end of the country's latest scientific expedition to Antarctica. (Photo provided to China Daily)

China's latest scientific expedition to Antarctica concluded on Friday as mission members returned to their home base in Shanghai.

Xuelong 2, China's second－and its first domestically built－research icebreaker, arrived in its port in the eastern economic powerhouse on Friday morning, marking the success of the country's 37th Antarctic expedition that lasted 179 days, according to the Ministry of Natural Resources, which administers the nation's oceanic and polar research activities.

Carrying more than 100 researchers and support staff members, Xuelong 2 departed Shanghai on Nov 10 and traveled more than 66,000 kilometers during the six-month operation.

The expedition made personnel shifts at China's Changcheng and Zhongshan stations and also transported supplies to the two facilities. Mission members fulfilled extensive surveys about the biosystems and environments in southern oceans and achieved a lot in their scientific tasks, the ministry said.

This was the second long-distance voyage for Xuelong 2, or Snow Dragon 2, and also the first time the vessel had independently carried out a polar mission.

Jointly designed by Finland's Aker Arctic Technology in Helsinki and China's Marine Design and Research Institute in Shanghai, Xuelong 2 began construction at the Jiangnan Shipyard in Shanghai in 2016.

Incorporating state-of-the-art design and advanced equipment, Xuelong 2 is capable of operating in any ocean around the world.

It is equipped with world-class oceanographic survey and monitoring apparatus, allowing experts to carry out research into polar regions' physical oceanography, biodiversity, and atmospheric and environmental conditions, and also conduct fishery resources surveys. 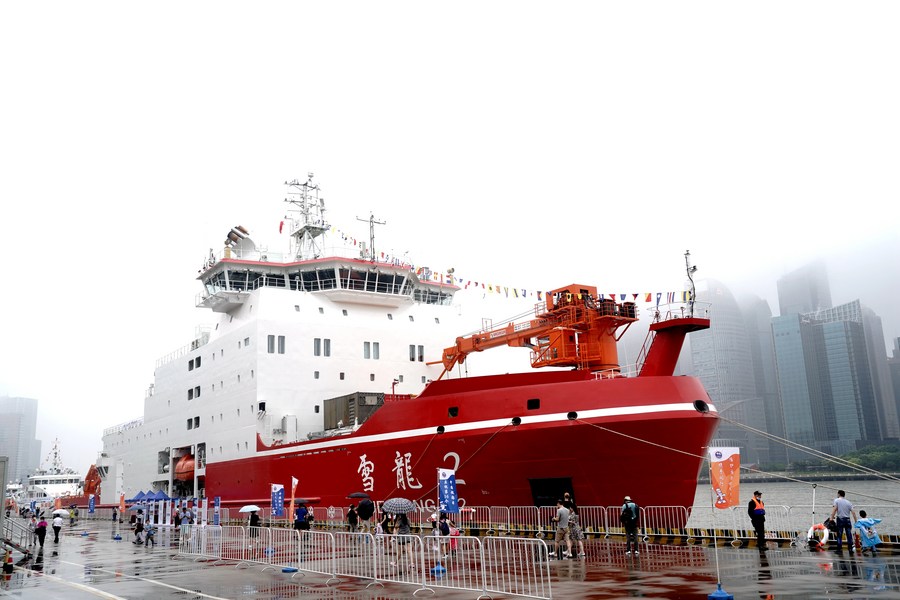 Before the commissioning of Xuelong 2 in July 2019, China only operated a single icebreaker－Xuelong－which was designed for cargo transportation rather than scientific research operations when it was built in Ukraine in 1993.

Xuelong was purchased by China and converted into a polar research and resupply vessel. It has carried out dozens of scientific expeditions to the Arctic and Antarctic.

China now has five research stations in polar regions－Changcheng, Zhongshan, Taishan and Kunlun in Antarctica and Huanghe in the Arctic. There is also a China-Iceland Arctic Science Observatory in the Arctic.

It is now building a fifth scientific research station in Antarctica, which it intends to put into service around 2022.

The unnamed station on Inexpressible Island in Terra Nova Bay will be capable of accommodating 80 people in summertime and 30 in wintertime, according to the Polar Research Institute of China.

So far, China has conducted 37 expeditions to Antarctica and nine to the Arctic, obtaining a great deal of scientific data and many samples.