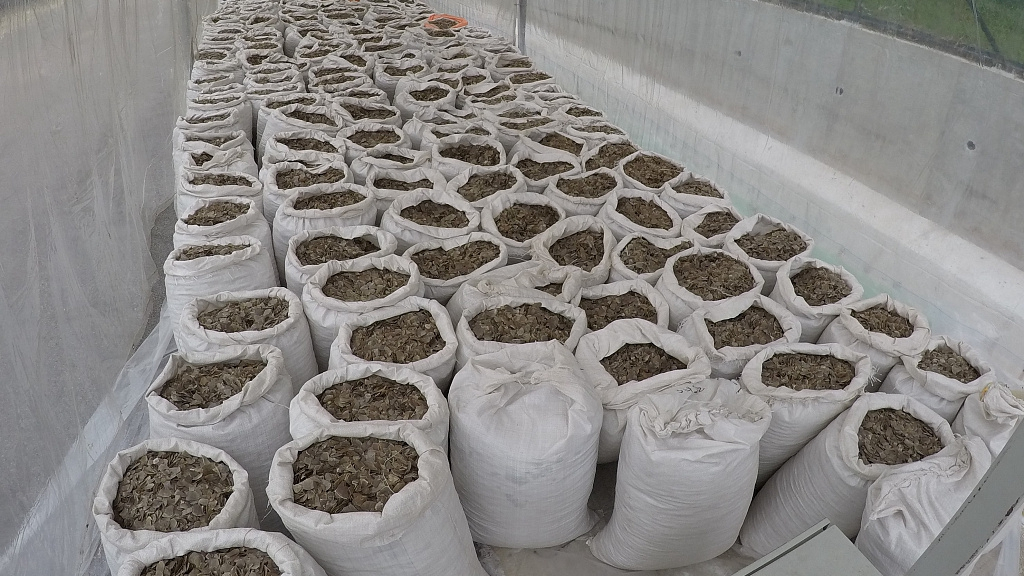 The total value of seized pangolin scales passed the $100 million mark on Tuesday after another massive seizure in Singapore.

Declared the world's most trafficked mammal, the pangolin constitutes 20 percent of the global illegal wildlife trade.

The recent seizure in Singapore was the second major haul in the last five days.

The six major seizures of pangolin scales this year – two in Singapore, one in Malaysia, Vietnam, Uganda and Hong Kong – is valued at 107.1 million dollars. A total of 56 tons of scales were intercepted in the last four months.

The second haul intercepted in Singapore Tuesday was packed in 474 bags and weighed 12.7 tons. The consignment was on its way from Nigeria to Vietnam, Singapore Customs and National Parks Board said in a joint statement.

The scales are worth $38.1 million in the international market.

Officials estimated around 21,000 pangolins made up the haul. The 40-foot container was declared to be transporting "cassia seeds," and contained pangolin scales from two species: the white-bellied pangolin and the giant pangolin, commonly found in Africa.

The previous seizure on April 3 was the largest single confiscation of pangolin scales in the world, weighing 13 tons, the haul was worth $38.7 million.

More than 36,000 pangolins belonging to four species were brutally poached for the record-breaking consignment. A previous estimate cited 17,000 pangolins were killed for the cargo.

Strikingly, both consignments had the same port of origin and destination.

In January, Hong Kong intercepted nearly nine tons of pangolin scales worth $5.4 million, the largest ever seizure in the city. A record 30 tons of pangolins were confiscated in Sabah, Malaysia in February was worth $21 million.

In both cases, consignments were packed with frozen meat. 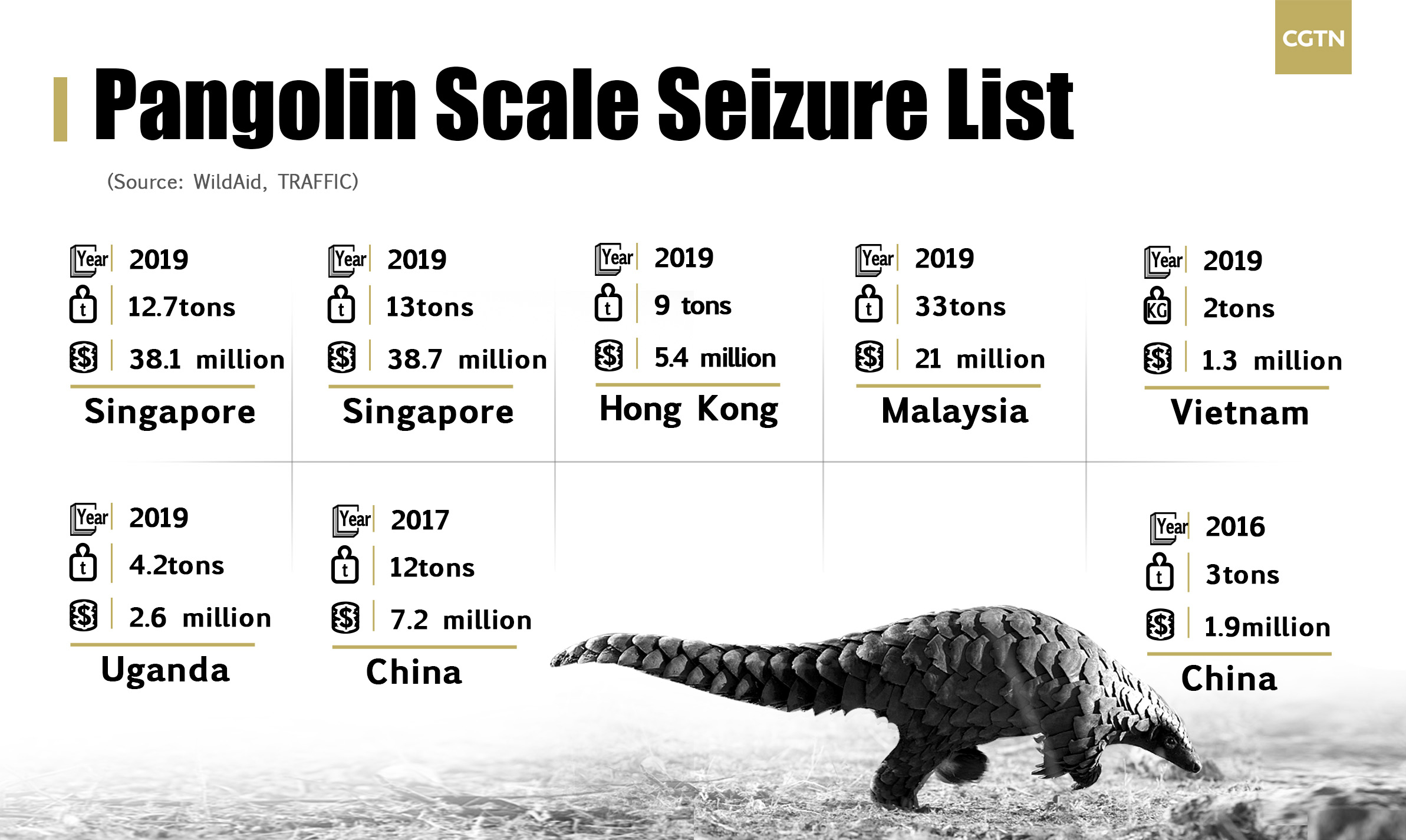 Seizures of pangolin scales is creating records in the recent months. (Photo: CGTN)

Used extensively for traditional medicine, its meat is also consumed as a delicacy in Asian countries, leading to a massive global decline of pangolins.

Despite the Convention on International Trade in Endangered Species of Wild Fauna and Flora (CITES), a global wildlife trade regulator, banning the international trade of pangolin scales and meat, the illegal trade still flourishes.

Frequent seizures “demonstrate the serious nature of wildlife crime and the scale of the challenge we are facing,” Ivonne Higuero, Secretary-General of CITES, told CGTN.

Concerned over the uncontrolled poaching, the International Union for Conservation of Nature (IUCN) declared all eight pangolin species as threatened by extinction.

Last week, Hong Kong made a record seizure of rhino horns in a single haul in the previous five years. The cargo contained 82.5 kg of rhino horn worth $2.1 million on the way from South Africa to Malaysia.

According to wildlife experts, the frequent seizure of illegal consignments shows the active role of law enforcement agencies. But they expressed concern about toothless laws that makes it easy for suspects to escape prosecution.