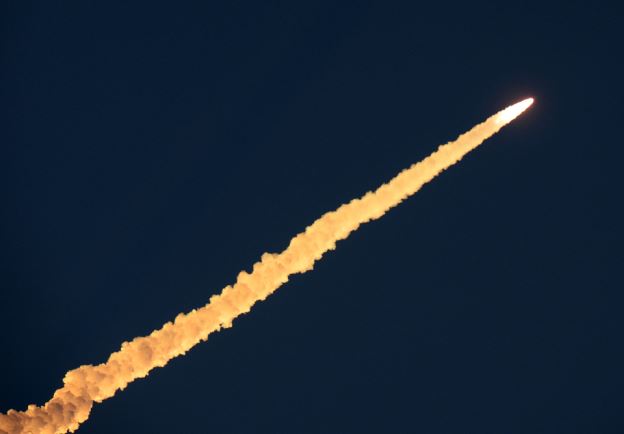 The satellite was launched from Satish Dhawan Space Centre (SDSC) in Sriharikota, off the Bay of Bengal coast located in the southern Indian state of Andhra Pradesh at 5:30 a.m. local time.

The launch of satellite was broadcast live from the center.

Television images showed the rocket blasted off from the launch pad emitting a bright orange flame from its tail and moving upwards in the sky.

Officials said RISAT-2B was placed into an orbit of 555 km at an inclination of 37 degree.

Chairman ISRO Kailasavadivoo Sivan was monitoring the launch along with top scientists.

Following the launch, Sivan congratulated the fellow scientists and lauded their role in launching the satellite during his address at the centre.