A farmer discovered a downed bird in his corn field in Shijiazhuang City, north China's Hebei Province, on Sunday and called the police. The bird was then sent to the wildlife rescue center in the city and went through a medical examination. 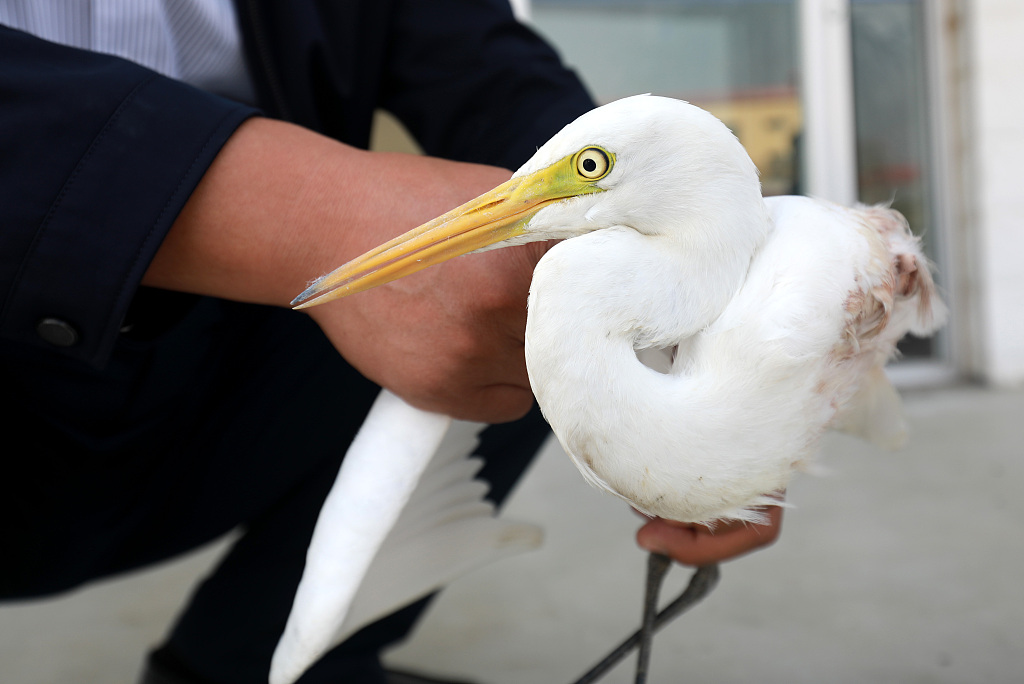 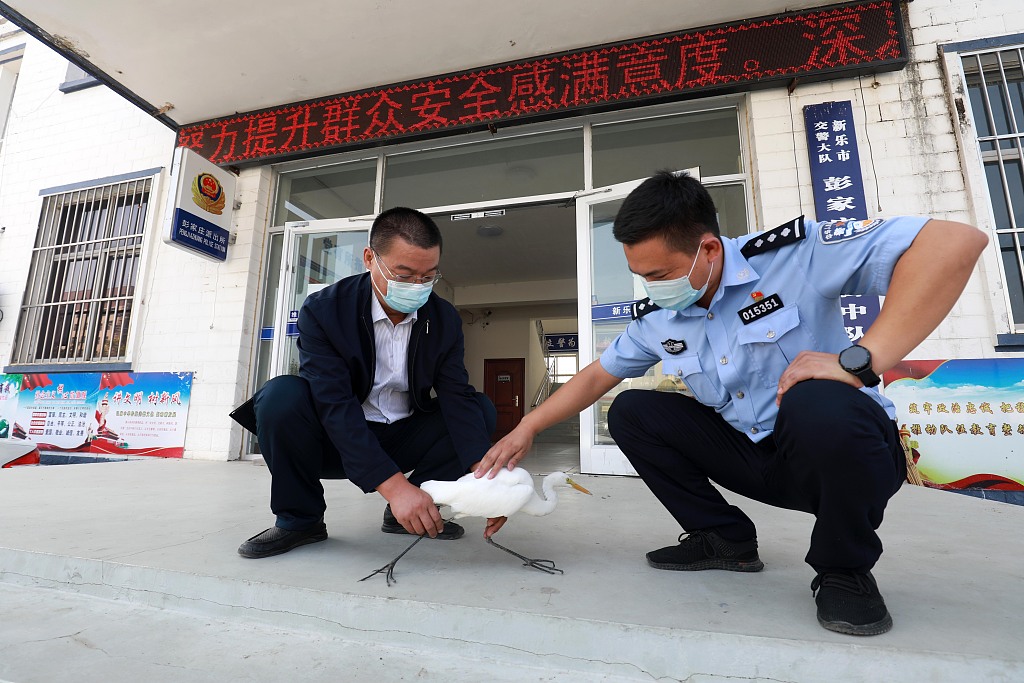 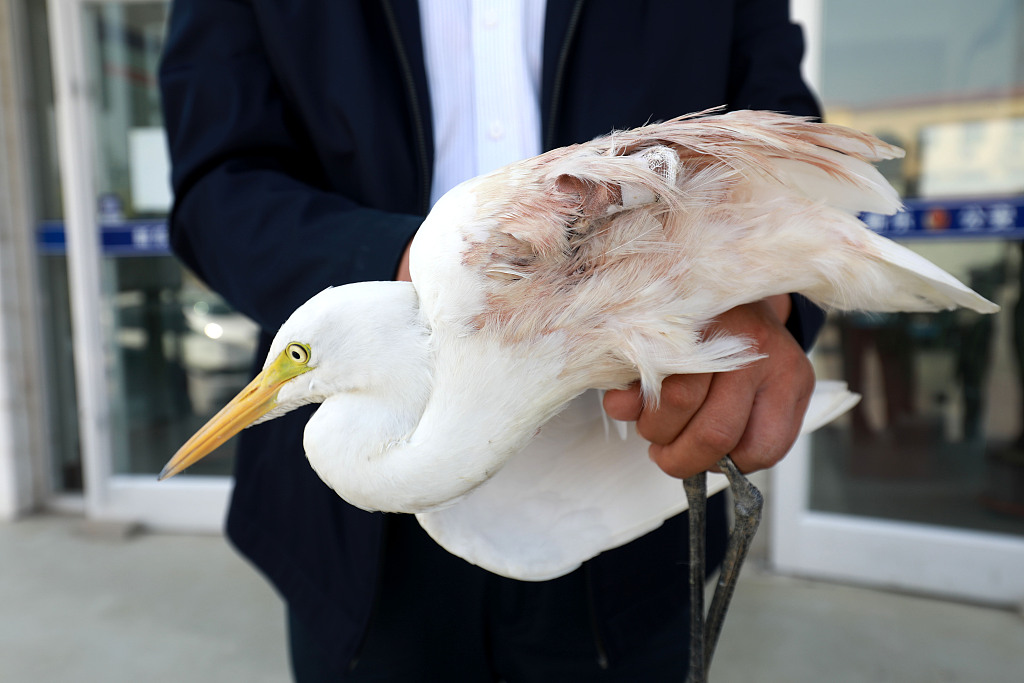 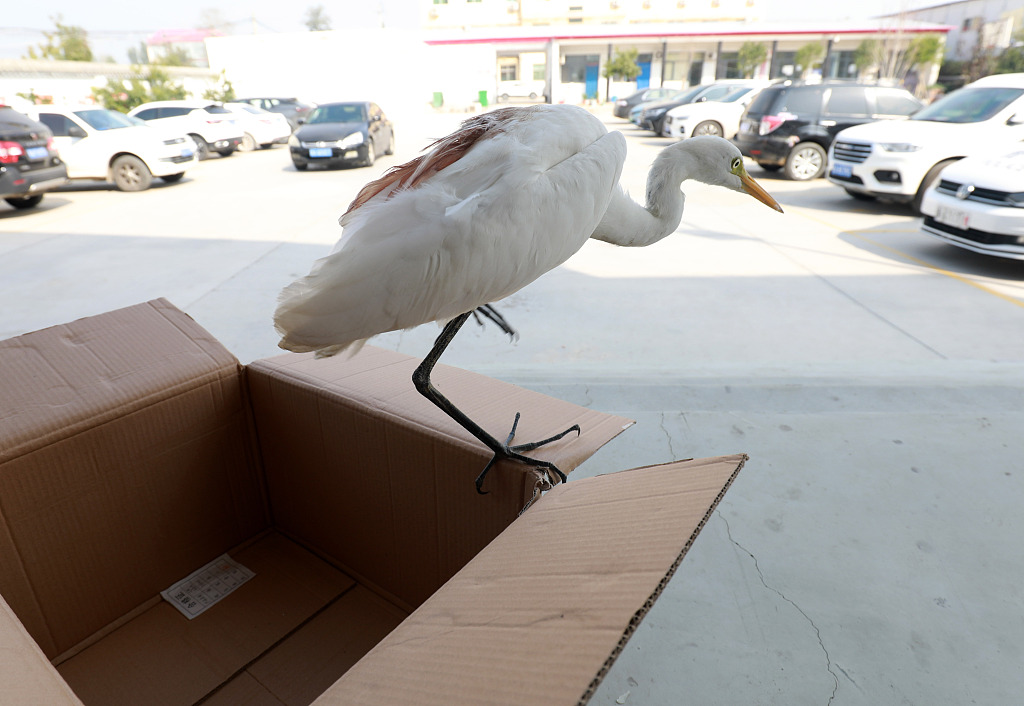 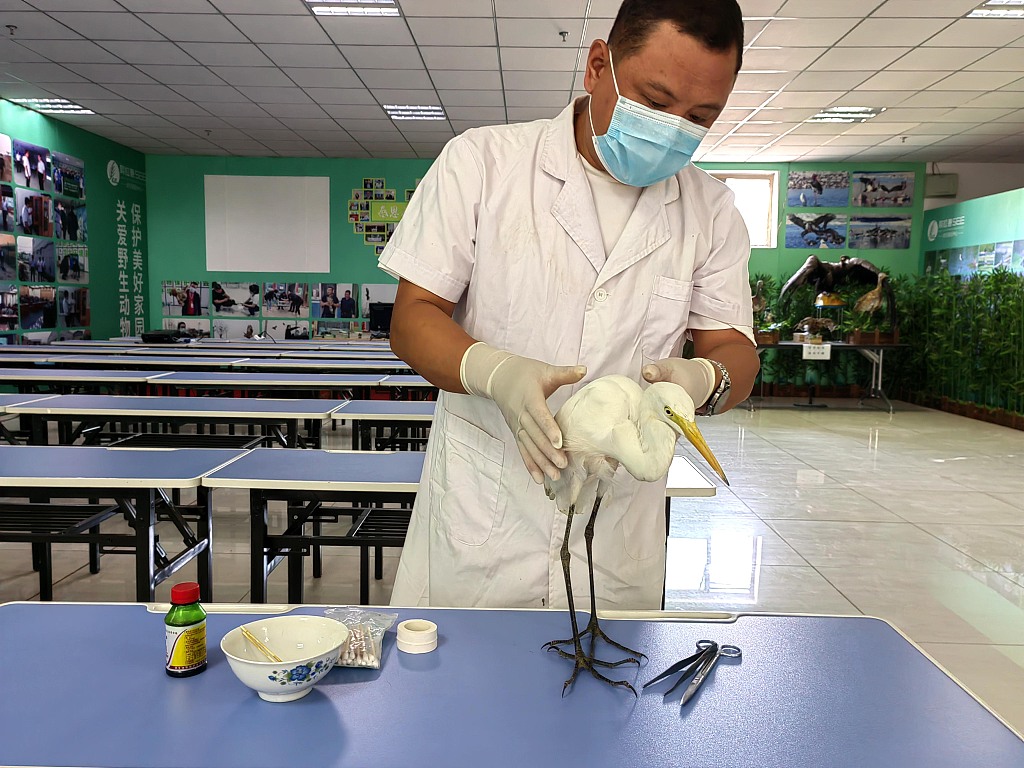 CGTN's contributing bird watcher Fang Qiaoran said that the bird is an intermediate egret. She suspects that the bird's left wing is broken, which may require long-term care.