Innovation is boosting coordinated development of the Guangdong-Hong Kong-Macau Greater Bay Area, according to authorities. 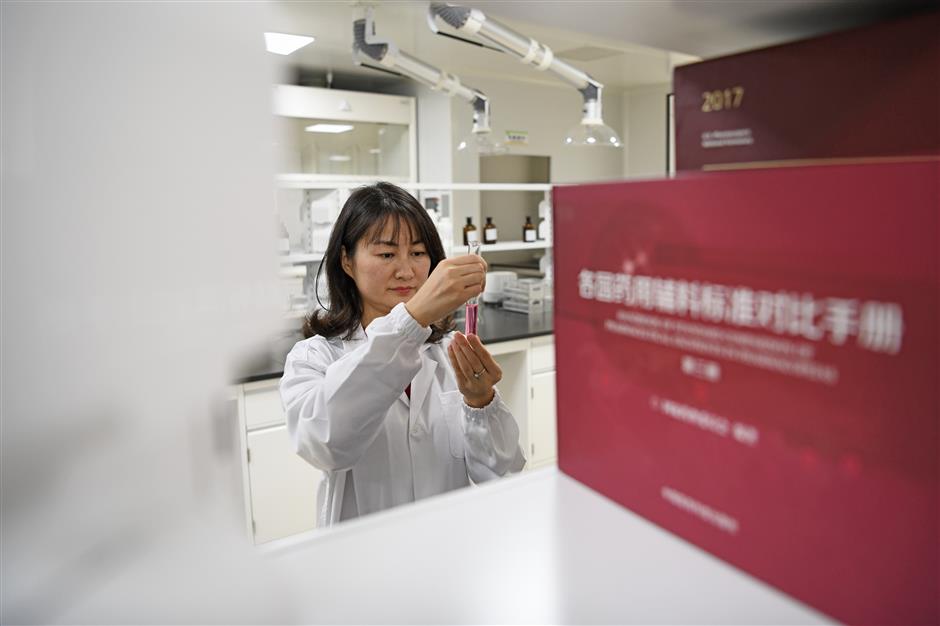 A researcher does an experiment at the Traditional Chinese Medicine Science and Technology Industrial Park of Co-operation between Guangdong and Macau, located at the Hengqin Area of the China (Guangdong) Pilot Free Trade Zone in Zhuhai, south China's Guangdong Province, on October 23, 2018.  (Photos: Xinhua)

This helps further integrate Hong Kong and Macau into the country's overall development, the authorities said. New opportunities are being created with a faster flow of talent, capital, information and technology within the area.

China on Monday released the outline development plan for the Greater Bay Area.

Innovation is needed in systems and mechanisms to address the complexity of the area's development, with the coexistence of three customs territories and three currencies.

Some progress has been made. A one-stop port was set up at an artificial island on the Hong Kong-Zhuhai-Macau Bridge, saving travelers' time to cross borders.

Zhu Yongling, former director of the management bureau of the bridge, described the bridge's management as a "systematic and institutional innovation."

Other innovations included the co-location arrangement at the West Kowloon Station of the Guangzhou-Shenzhen-Hong Kong Express Rail Link, which sped up cross-border passengers' journeys, providing an example of the Greater Bay Area's innovation.

The Greater Bay Area is also a hotbed for technological innovation and entrepreneurship.

As of the end of last year, the Qianhai Shenzhen-Hong Kong Youth Innovation and Entrepreneur Hub in Shenzhen had created 340 start-ups, about half of which were founded by entrepreneurs from Hong Kong and Macau. They had secured financing worth 1.5 billion yuan (US$223 million).

Similar incubators include the Songshan Lake Xbot Park in the city of Dongguan, which specializes in robotics and smart hardware.

A Hong Kong entrepreneur surnamed Lau has set up offices in both Qianhai and Songshan.

"We conduct our research and development in Hong Kong, produce prototypes in Shenzhen and then turn to mass production in Dongguan," Lau said. "Based in the Greater Bay Area, we are able to create products that are loved by customers worldwide."

"Talent is the key to innovation, and the flow of talent in Guangdong, Hong Kong and Macau will create a great power of innovation," said Tang Xiao'ou, who holds teaching and administrative posts in both the Chinese University of Hong Kong and the Shenzhen Institute of Advanced Technology.

He personally led the effort to set up a joint lab between the two higher learning institutes to facilitate cooperation between researchers from Shenzhen and Hong Kong.

Deng Fei, founder of a technology company in Shenzhen, said: "Starting one's own business is full of uncertainties, but one thing is certain. It is easier to turn ideas into reality in the Greater Bay Area than in any other place," Deng said.

Cover image: on October 20, 2018, shows a car driving on the Hong Kong-Zhuhai-Macau Bridge.