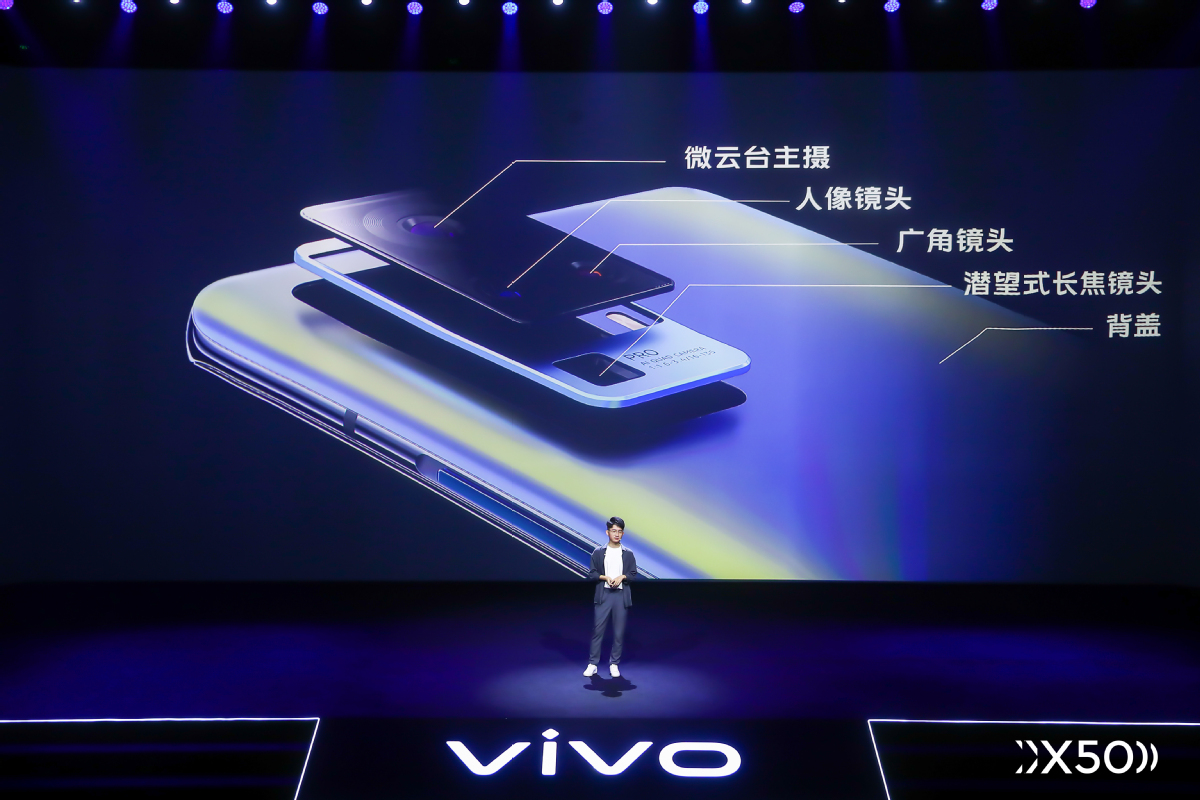 Amid intensified competition in 5G smartphones, Chinese companies are adding novel elements to their premium products to increase appeal to camera-savvy consumers.

The move came after smartphone shipments in China rose 17.2 percent in April on a yearly basis, the first such expansion in the past four months, indicating a strong rebound in consumers' enthusiasm for electronic products according to the government think tank China Academy of Information and Communications Technology.

Shipments of 5G smartphones stood at 16.38 million units, indicating 164 percent growth on a monthly basis, and accounted for 39.3 percent of total shipments, the think tank said.

The gimbal camera system can offer significantly less shaky and blurred photos and videos compared to other smartphones, Vivo said.

It is designed to meet consumers' growing demand for high-quality pictures and videos, as more stores adopt livestreaming to sell products online and young people increasingly embrace vlogging to document their lives.

It is part of Vivo's broader efforts to experiment with cutting-edge features amid fierce competition with rivals. It is also in line with Vivo's consistent push on the X-series of flagship smartphones, which have always focused on their cameras.

As of May 2020, Vivo has launched more than 10 5G mobile phones, covering all price segments. In the first quarter of this year, Vivo shipped about 12 million smartphones in China, ranking second in the nation only after rival Huawei Technologies Co, data from market research company International Data Corp shows.