FUZHOU, May 6 (Xinhua) -- An international research team has completed the genome sequencing of the cultivated peanut plant, providing an insight into oil crop domestication. 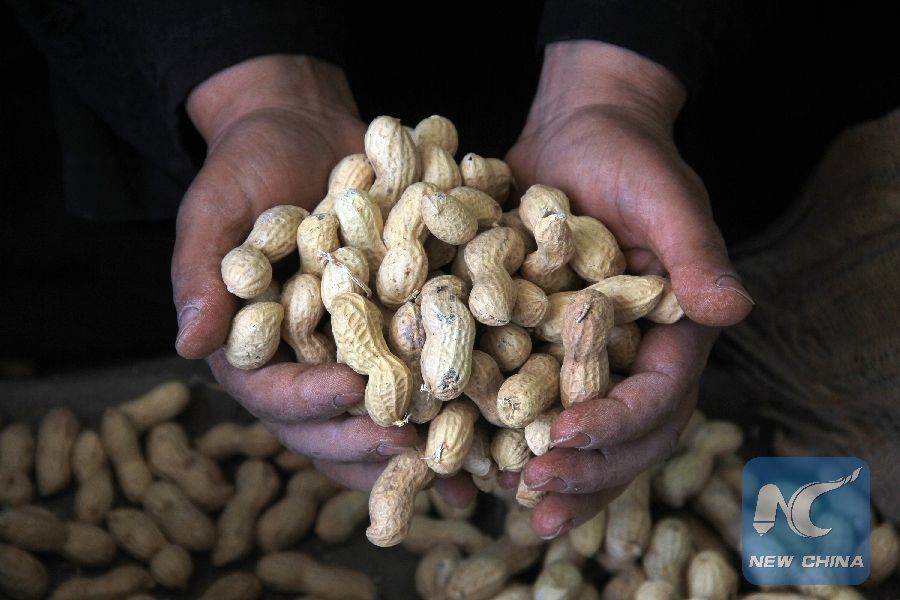 It was the first genome sequencing of the entire peanut plant in the world, based on which the plant's gene functional groups implicated in seed oil content and disease resistance were found.

The research was led by the Fujian Agriculture and Forestry University in eastern China's Fujian Province and jointly carried out by 78 researchers from 23 institutions in countries including China, the United States and India.

Professor Zhuang Weijian, the leading scientist of the research at the Fujian university, said that the peanut is one of the most important oil crops in the world, and China is the world's largest peanut producer.

The genome of the cultivated peanut is large, complex and difficult to be decoded, Zhuang said.

"This basic biological research deciphers the entire genome of the cultivated peanut, making it possible to carry out genome-wide selection breeding, precision molecular breeding and genome-wide editing breeding in peanuts, as well as greatly improving the genetic efficiency of peanuts," said Zhuang.

He said the R gene cluster of peanuts resistant to late leaf spot and rust diseases was obtained for the first time through the fine mapping of the genome, which will be helpful to breed new peanut varieties with high yield and good quality.

The paper on the research was published in the May issue of Nature Genetics, a top international science journal.

"This is a major breakthrough in peanut genetic research around the world. It will benefit not only China but the world as a whole," said Rajeev K. Varshney, a researcher at the International Crops Research Institute for the Semi-Arid Tropics in India and one of the authors of the paper.