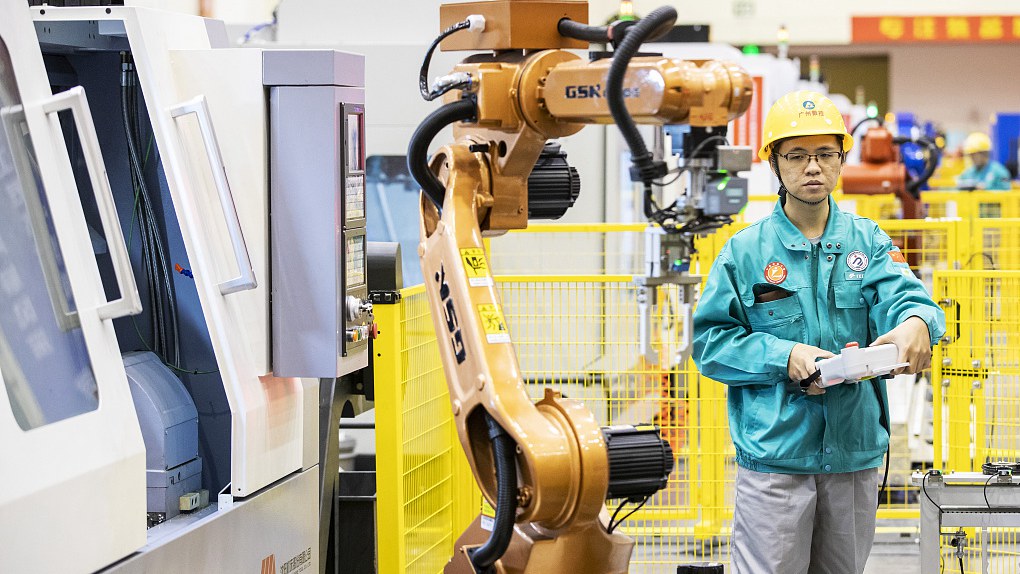 China is emerging as a hub for advanced manufacturing with the help of favorable policies and a dynamic supply chain that works with global players, industry experts said at a panel discussion at the BEYOND International Technology Innovation Expo on Thursday.

The expo, which kicked off virtually on November 9, is China's first annual flagship event on tech and innovation in Asia.

The country's 14th Five-Year Plan (2021-2025) provides an opportunity for China – already the world's factory – to adopt the latest know-how from the Internet of Things (IoT) to robotic technologies in the manufacturing sector. Global cooperation is also empowering China's development capability, according to a joint statement released by China's four government departments in early November.

"(The) government is strongly supporting technology development in this space," Erik Walenza, CEO of IoT ONE, said at the panel. He gave an example in south China's Guangdong Province where the local government helps enterprises pay the first year of their software service fee so they can adopt new technologies at a faster speed. China is showing an increasing willingness to support small and mid-sized companies grow bigger, according to Walenza.

China aims to build a batch of "excellent" scenarios, demonstration factories and pilot areas for smart manufacturing by 2025, kicking off a series of pilot projects to accelerate innovation in manufacturing sector, said the joint statement.

"We have companies that can leverage the engineering, hardware capability and speed to market from China, and build the digital solution around that. This is really an area (where) I expect China to succeed even if the critical components are coming from abroad maybe for the next decade," said Walenza.

China is also becoming an innovation hub for overseas companies and the global pandemic is speeding the process, said Daniel Yoo, chief representative of The German Mechanical Engineering Association Shanghai.

"More and more companies are thinking about further developing their localization team," he said, adding the expansion of local research and development teams is an apparent trend.

"They are also investing a lot of their investment into R&D, developing new software which is coming out of China," said Yoo.