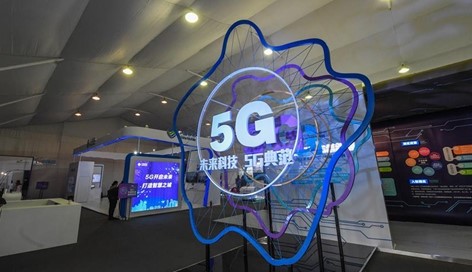 Two dozen technology companies have rallied significantly on the Chinese market in the past two weeks, as investors are snatching up tech shares, inspired by the government's growing investment in semiconductor chips, 5G networks, AI, cloud, and other "new infrastructure" projects.

Over the past month, the stock prices of the fifth-generation (5G) innovating companies soared by an average of 13 percent, and that of software developers grew 10.89 percent after the country brought the coronavirus epidemic under firm control. Big data, cloud, and smart city stock also rose by an average of 10 percent.

The coronavirus indeed had a negative impact on some industries, such as consumption, but the technology industry was extraordinary, Yang Delong, chief economist at the Shenzhen-based First Seafront Fund Management Co, told the Global Times on Saturday.

"In fact, the virus has boosted some specific tech sectors, namely artificial intelligence (AI), cloud computing, 5G and big data, as a great number of people have worked from home during the past few months," Yang noted.

China's promotion of "new infrastructure" investment to shore up the virus-hit economy, such as 5G, AI, industrial robotics and the Internet of Things, also drove up technology stocks, according to Yang.

US companies used to dominate in leading global technology innovations, but a good number of Chinese technology startups are ramping up efforts to strengthen research and development. Local governmental level support to back up technology sector growth has also attracted tech talents to return home from abroad who are helping nurturing globally renowned name brands like Huawei, Alibaba, Tencent, DJI and the like.

More than 80 percent of drones are now made in China, according to Zeng Desen, general manager of Shenzhen-based drone-maker, AEE Aviation Technology Co. AEE entered the US market 7 years ago and became popular among local police force who use the products for patrols.

"However, the coronavirus hurt our to-C sector as consumers save money to spend on daily necessities instead of buying drones. But the to-B sector saw an increase as government departments and police are using drones to conduct coronavirus prevention work," Zeng told the Global Times.

As the Trump administration grounds Chinese-made drones more frequently, such as forbidding US departments to use DJI's products, Zeng has changed part of the drone components to being sourced domestically.

Rising tensions between China and the US have driven more Asian countries to develop their own core chips, semiconductor equipment and software platforms as the US is limiting technology exports to the region. Industry insiders agreed that the real competition will have to rely on technological capabilities.

"When Chinese companies are forced to compete with US firms, we must rely on ourselves in terms of getting hold of core technology and stabilizing core supply chain," Zeng said, noting his company has diversified drone components sources starting last year.

"The coronavirus will reshape the international economic and political landscape. Some countries are now discriminating against China culturally and strategically. As a result, we must hold onto to developing our own core technology and supply chains in order to sustain our operations," Zeng noted.