TECH Is 'cloud gaming' a joke? Let's try it out

Is 'cloud gaming' a joke? Let's try it out 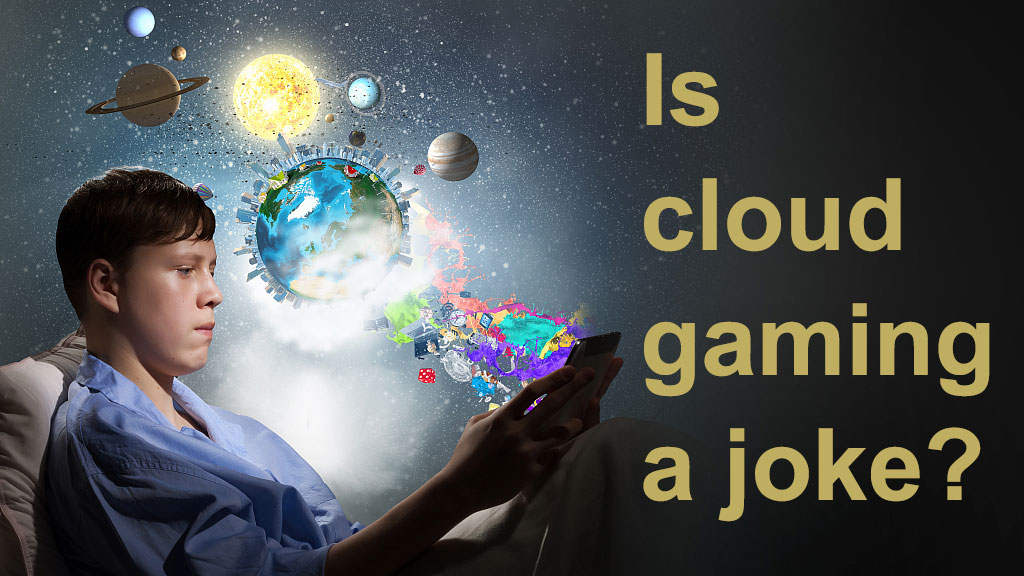 Google has vast computing power, global networking facilities and YouTube to back up Stadia. Those are big advantages against startups. Yet the backslash was strong. Many gamers and media questioned if cloud-based gaming can bring any good to current PC or console-based platforms since we can't even handle live streaming well.

Despite the doubts around this technology, many companies, giant or tiny, are seeing it as the future of gaming.

Can cloud gaming replace PC and console gaming? Can it even become a thing in the future? We at CGTN Digital tried some services to give you an impression of the real-world experience.

We are based in Beijing, which is far away from the US where most mainstream services are based. The distance will bring a huge impact on network connection and might effect experience. So we started with local services.

The first one we tried is a company based in central China's Changsha. The Windows client is very small and easy to set up. A free account came with a 15-minute trial period.

When logged in, we were greeted by a PC desktop environment. It feels as if we are remote controlling a computer in a random network cafe.

The game menu was also typical e-cafe style. We can almost smell the unique atmosphere in a computer-filled room.

Then we tried the gun-shooting game Overwatch. The game is first-person so players have to keep rotating the view, making it hard for the streaming service to catch up.

Our tester is an average Overwatch player ranking middle among all Chinese players. He found a hard time aiming and shooting because of the input lag. It's so serious that he had to switch to a less aiming-heavy playstyle. There was also a little skipping, which often came at critical moments, bringing much frustration.

While the in-game report said the computer's spec is on par with a modern 15,000-US-dollar PC, the network instability ruined the experience, meaning players need a very fast and stable connection to secure head shots.

While the shooting experience is not good, it should be noted that the service may be good for non-action games.

For instance, plot-heavy role-playing games usually require little to no action from the gamer. And time is not at the essence in these games. So we lowered the bar and switched to the second platform.

This platform supports smartphones, which sounds cool. But when we saw the actual game after half an hour of trying, it didn't look good. The display was not even HD, not to mention 4k. The cut scenes in the old-school 2011 Batman game looked even older, with the sound crackling every now and then.

What's worse, using a touchscreen to play a console game is nearly intolerable. With a controller, you can run fast while looking around and taking actions. But pressing three buttons at the same time on a phone screen made us want to give up.

The good thing is, it takes only about 1.5Mbps to run the game on a phone. That translates into about 1.2 GB mobile data per hour. If a player really needs to play PC/console games on the go, this service can definitely be an option. A low-quality option is better than nothing.

The pricing of the services are complicated. You can rent a high-end cloud computer for 1 US dollar per hour, or rent a specific game for about 5 dollars a month. These prices do not include your data fees.

We also reached out to some international services. But the situation is worse than we expected. Vortex kindly provided a network test but it bluntly pointed out our connection is poor. Parsec has a very cool control panel but we can't even finish downloading the client. Maybe that's why Google chose to build it into a browser.

For now we can say that cloud gaming is surely a thing, even in developing countries like China. It is lame in some genres but thrives in others. It opens new possibilities for the industry while locking up gamers on specific ecosystems. It's not just a new way for gaming companies to harvest money, but not 100 percent the future of gaming either. It's here to stay as an option, that's our current verdict.

We are also making a video of our test. Stay tuned to get the latest developments in cloud gaming, one of the most active topics in the the video game industry.