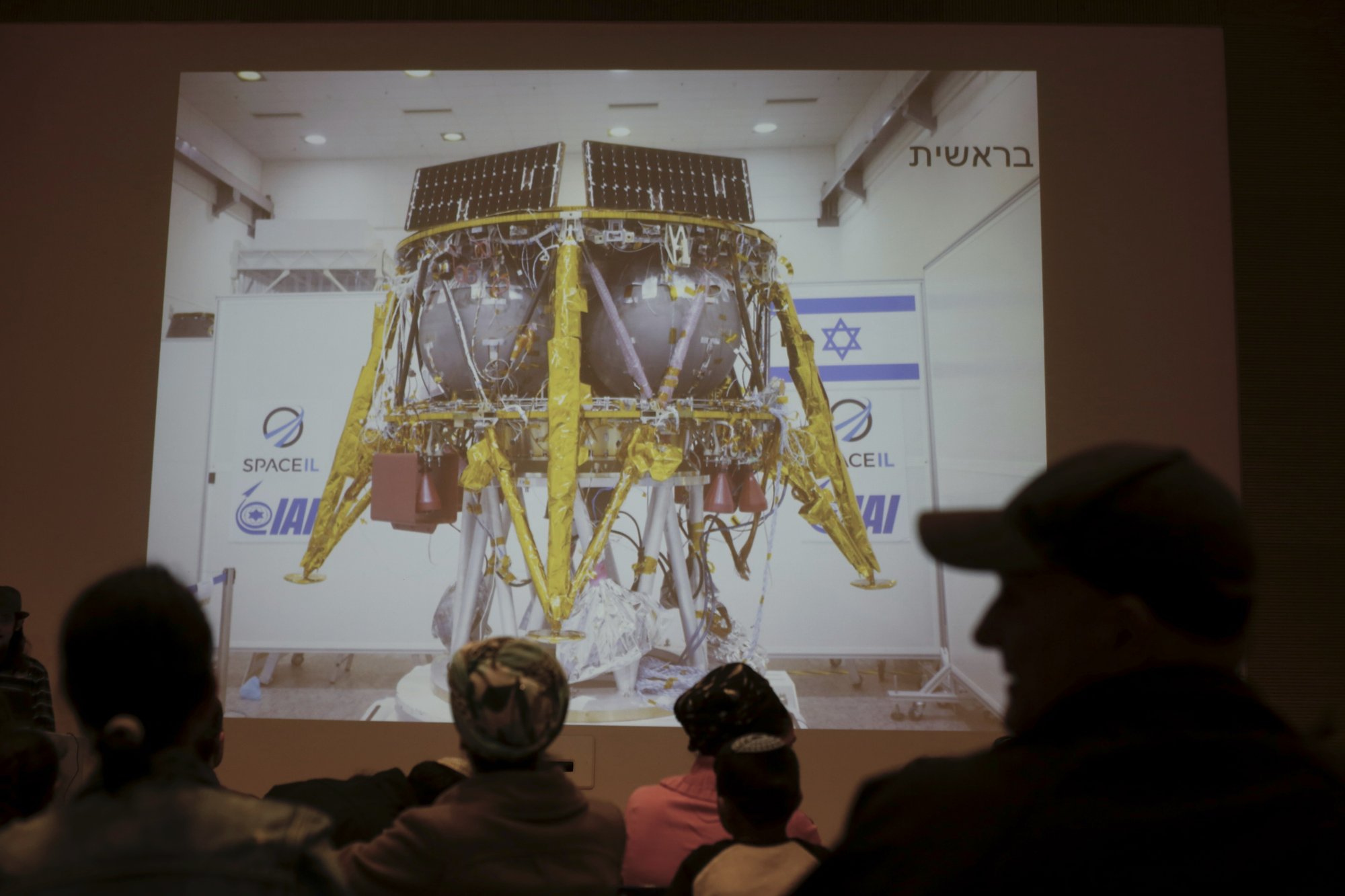 The team behind the Israeli spacecraft that crashed into the moon moments before touchdown was working Friday to try and piece together what derailed the ambitious mission, which sought to make history as the first privately funded lunar landing.

SpaceIL, the start-up that worked for over eight years to get the spacecraft off the ground, revealed that a technical glitch triggered a “chain of events” that caused the spacecraft’s engine to malfunction Thursday just 14 kilometers (8.7 miles) above the moon, making it “impossible to stop the spacecraft’s velocity.” The main engine managed to restart soon after, but it was too late: the lander was on a collision course with the moon at 500 kilometers (310.7 miles) per hour. Radio signals from the spacecraft flat-lined as the scheduled touchdown time came and went, leading engineers to assume that the small spacecraft was scattered in pieces after slamming into the landing site.

The crew said it would conduct comprehensive tests next week to better understand what happened.

Had the mission succeeded, it would have made Israel the fourth nation to pull off a lunar landing--a feat only accomplished by the national space agencies of the US, Russia and China.

The failure was a disappointing end to a lunar voyage of 6.5 million kilometers (4 million miles), almost unprecedented in length and designed to conserve fuel and reduce price. The spacecraft hitched a ride on a SpaceX rocket launched from Florida in February.

For the past two months, the lander, dubbed Beresheet, Hebrew for “In the Beginning,” traveled around the Earth several times before entering lunar orbit -- a first for a privately funded lander. Israel can count itself among seven nations that have successfully orbited the moon.

Although the crash dashed the hopes of engineers and enthusiasts around the world that had been rooting for the scrappy spacecraft’s safe arrival, the team emphasized that the mission was still a success for reaching the moon and coming so close to landing successfully.

Beresheet was about the size of a washing machine. It cost $100 million -- more than the entrepreneurs had hoped to spend, but far less than a government-funded spacecraft.

After getting its start in the Google Lunar XPrize Competition, which ultimately ended last year without a winner, Beresheet’s lunar voyage gained momentum over the years, coming to be seen as test of Israel’s technological prowess and potential key to global respect.

“Israel made it to the moon, and Beresheet’s journey hasn’t ended,” said Israeli billionaire Morris Kahn, one of the project’s major sponsors. “I expect Israel’s next generation to complete the mission for us.”