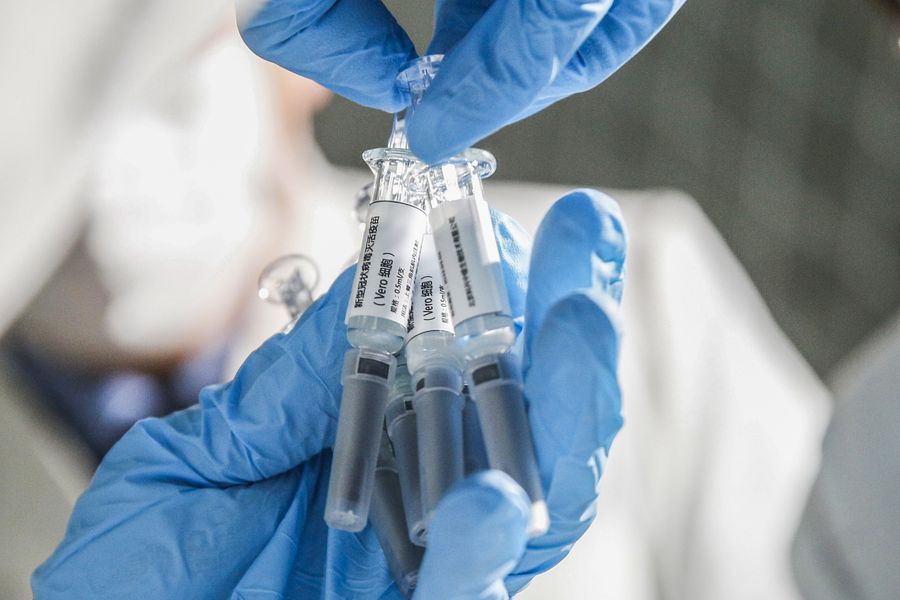 ROME, June 15 (Xinhua) -- Italy, along with some European partners, signed a contract with AstraZeneca pharmaceutical company for buying up to 400 million doses of a potential coronavirus vaccine, a top health official confirmed on Monday.

The contract with the British-Swedish pharmaceutical followed a deal agreed between Italy, Germany, France, and the Netherlands in the previous days in order to ensure the availability of the vaccine in the European markets, once ready.

"Italy has not yet purchased doses of the vaccine -- which are not yet available -- but rather signed a contract to keep supporting this scientific research," Italy's Deputy Health Minister Pierpaolo Sileri told state-run RAI Radio 1.

"Presuming to have it ready for autumn may be premature, yet it (the vaccine) could arrive by the end of the year, or beginning of 2021," he added.

On Saturday, Health Minister Roberto Speranza anticipated the finalization of the deal with the three above-mentioned European Union (EU) partners, within a sort of "vaccination alliance" to financially support what was deemed as one of the most encouraging vaccine research -- the AstraZeneca's -- and thus to be ready for promptly purchasing the drug in a later phase.

"Along with Germany, France, and the Netherlands, I have just signed the first deal for the supply of up to 400 million doses of the most promising COVID-19 vaccine to be destined to the whole European population," Speranza wrote on Twitter and Facebook.

His comments were later republished in a ministry's statement on the same day.

"This potential vaccine stems from studies of the Oxford University, and it will involve relevant Italian entities in the phases of development and production," Speranza explained.

The minister added the commitment underneath the contract provided that the trial path, already in an advanced phase, would end in autumn, "with the distribution of the first tranche of doses by the end of the year."

In an interview to Rai 3 TV Agora broadcast on Monday, AstraZeneca Chief Executive Officer Lorenzo Wittum confirmed that clinical trials of the potential COVID-19 vaccine were going through the last phase.

"As long as we will not have the results of tests on human beings, which will occur in September, we will not be able to state this vaccine is effective," Wittum specified.

Yet, he added, they were "confident it would work ... All went well in the first phases (of the trial), and now we are testing it on some thousand volunteers to verify it effectively protects from the contagion."

As for the economic availability of the drug, once ready, the AstraZeneca CEO explained, the company has committed to producing some 2 billion doses with the aim of ensuring a "broad, fair, and unprofitable access during the pandemic."

"The costs for distributing the vaccine will be of few euros," he said.