The Japanese transport ministry said Thursday that Boeing 737 MAX aircraft have been prohibited from flying to or from Japan after the crash of a Boeing 737 MAX plane with the Ethiopian Airlines. 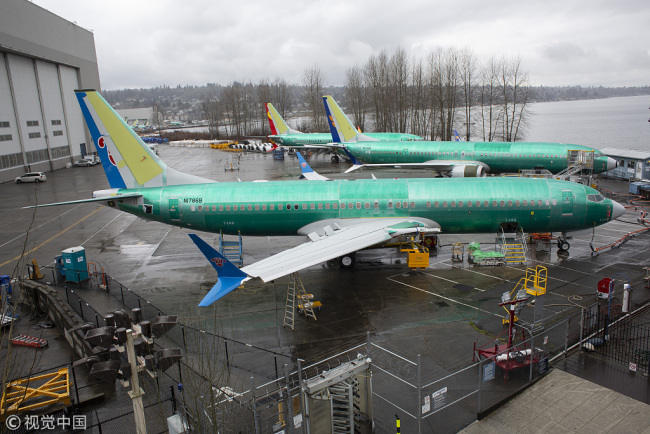 The Ministry of Land, Infrastructure, Transport and Tourism said it has instructed airlines to stop flying 737 MAX 8 and 9 airplanes into or out of airports in Japan after they were banned in the United States on Wednesday.

According to the ministry, no Japanese airline is currently using the 737 MAX series aircraft, although All Nippon Airways said in January that it planned to introduce 30 Boeing 737 MAX 8 planes.

The ministry said that five foreign airlines, including SilkAir, a subsidiary of Singapore Airlines, South Korea's Eastar Jet and Thai Lion Air, used to fly the 737 MAX airplanes to Japan, and had received imposition of the flying ban.

Japan followed around 40 other countries in announcing the ban in the wake of the deadly crash of a 737 MAX 8 plane of the Ethiopian Airlines, which killed all 157 people aboard on Sunday.

In October 2018, a Lion Air plane, also a Boeing 737 MAX 8, crashed into the sea off the Indonesian capital of Jakarta, killing all 189 people on board.