Scientists in Japan on Tuesday began analysing a capsule sent back to Earth by a probe, hoping to find asteroid material that could offer clues on how the universe was formed. 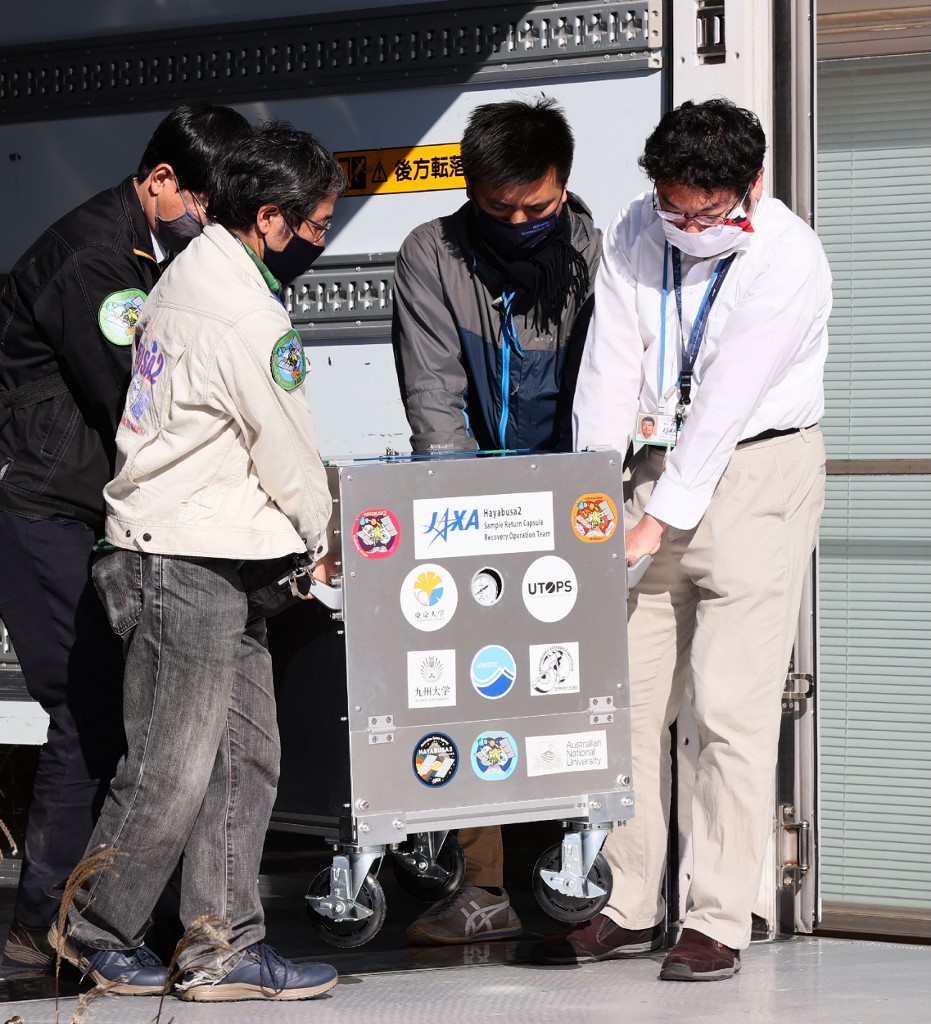 A container containing the capsule separated from the Hayabusa-2 space probe is brought into the facility at the Japan Aerospace Exploration Agency's Sagamihara Campus in Kanagawa Prefecture on December 8, 2020. (Photo: AFP)

Officials from Japan's space agency said they were jubilant about the successful return of the capsule, which landed in Australia on Sunday after separating from the Hayabusa-2 probe.

"I'm genuinely appreciative of the fact that the capsule came back, after a 5.24 billion-kilometre round-trip," project manager Yuichi Tsuda told reporters.

Scientists hope it will yield up to 0.1 grams of material collected from the asteroid Ryugu some 300 million kilometres from Earth -- though they won't know for sure until they look inside.

"I'm really looking forward to seeing (the samples) with my own eyes," Tsuda said.

But that isn't expected to happen before at least next week, with a series of steps required first to ensure the material is not contaminated.

For now, the capsule is "in a secure location" at a space centre in Sagamihara, south of Tokyo, agency director general Hitoshi Kuninaka said.

"Now we move to the matter-analysis phase," he said.

The samples -- collected last year -- are hoped to include both surface dust and pristine material stirred up when Hayabusa-2 fired an "impactor" into Ryugu.

Scientists hope they can shed light on how the formation of the universe unfolded, as well as on the origins of life on Earth.

The space agency has begun carefully processing the capsule, beginning by collecting gas inside. It will be opened later under strict conditions, including a nitrogen-filled box for the capsule.

"The key is that samples will not be polluted by Earth's environment... so they can be provided to researchers around the world," said Tomohiro Usui, leader of the extraterrestrial matter-analysis group.

"If we see something black inside the capsule, which is itself made of aluminium and whiteish, it's near-certain it is from Ryugu," he added.

"But that is just supporting evidence, and we'll not be able to say something for sure until we do chemical analysis."

The nature of the gas extracted from the capsule also needs to be clarified, though officials said they believe it too was collected from the asteroid.

Half of Hayabusa-2's samples will be shared between the Japanese space agency and other international organisations, while the rest will be kept for future study as advances are made in technology.

The probe's mission has been extended for more than a decade, with two new asteroids now being targeted for observation.