TECH Japan's next-generation supercomputer Fugaku to be operational from 2021

Japan's next-generation supercomputer Fugaku to be operational from 2021

TOKYO, May 23 (Xinhua) -- Japan's next-generation supercomputer "Fugaku" will be put into use from around 2021 and will replace the current K supercomputer, the government-backed research institute Riken said Thursday. 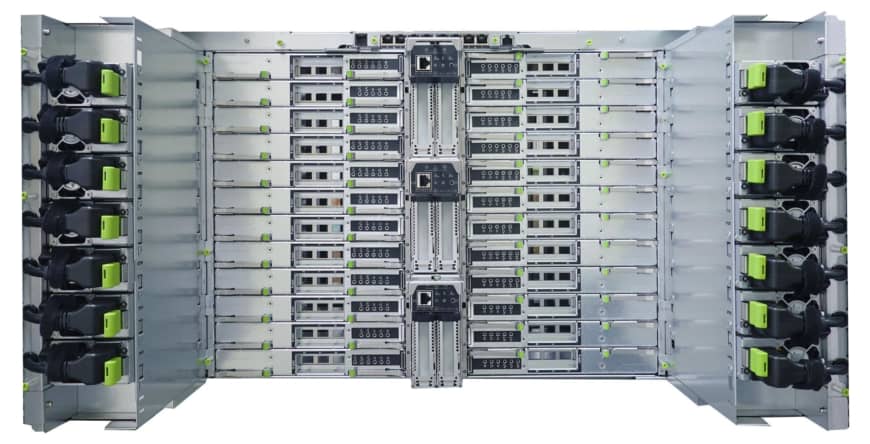 The prototype of the Fugaku supercomputer. (File photo: Internet)

Riken along with electronics maker Fujitsu are jointly developing the next supercomputer, the name of which derives from Mt. Fuji, at a cost of around 110 billion yen (999 million US dollars).

The national project, the assembly of which began in March, is hoped to result in the supercomputer having one of the fastest data processing speeds in the world.

Riken said that Fugaku will have a central processing unit that can process data between 40 and 120 times faster than its predecessor K, itself the first supercomputer to be clocked at a speed of achieving 10 quadrillion computations per second.

Riken President Hiroshi Matsumoto said that the development and utilization of Fugaku by universities and different companies could lead to a myriad of socially related problem-solving solutions, as well as help advance pharmaceutical development and enhance the prevention of disasters.

"A supercomputer is essential to solving social challenges such as drug development and disaster prevention. We will dedicate our best effort to its success and operation," Matsumoto was quoted as saying.

Software programs used in areas such as disaster mitigation, medicine, manufacturing and six other areas will be used to help optimize Fugaku's performance, the institute said.

Fugaku will replace K at Rikan's Center for Computational Science in Kobe. The head of the center said he hopes the next-generation supercomputer will become a world record holder.

The K supercomputer was the world's fastest computer in 2011, but supercomputers made in other countries, including China and the United States, have since achieved faster computing speeds.