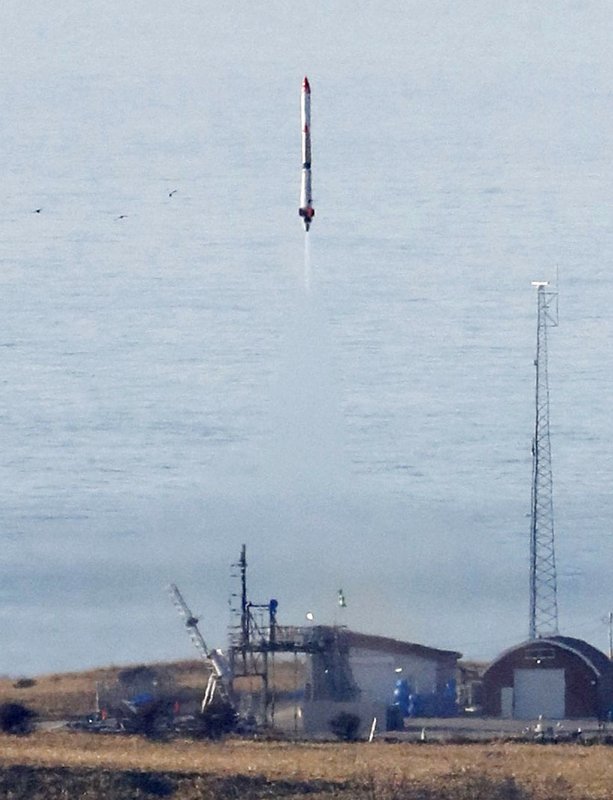 Interstellar Technology Inc. said the unmanned MOMO-3 rocket exceeded 100 kilometers (60 miles) in altitude before falling into the Pacific Ocean. It was launched from the company’s test site in the town of Taiki on Japan’s northern main island of Hokkaido and flew about 10 minutes.

“We proved that our rocket developed with a lot of commercially available parts is capable of reaching the space,” Interstellar Technologies CEO Takahiro Inagawa told a news conference from Hokkaido.

The rocket, about 10 meters (32 feet) long and 50 centimeters (1.5 feet) in diameter, weighs about 1 ton. It is capable of carrying payloads as heavy as 20 kilograms (44 pounds) but currently lacks an ability to send them into orbit.

The company, founded in 2013 by entrepreneur Takafumi Horie, who was a former Livedoor Co. President, aims to develop low-cost commercial rockets to carry satellites into space. Horie expressed high expectations for his new business.

“I’m hoping that many manufacturers and satellite makers will come here to join us,” he said.

The launch is part of a growing international trend in space business, where Japan has fallen behind global competition, led by US startups such as Elon Musk’s SpaceX.