Japan's space agency said its Hayabusa2 spacecraft successfully dropped an explosive designed to make a crater on an asteroid and collect its underground samples to find possible clues to the origin of the solar system. 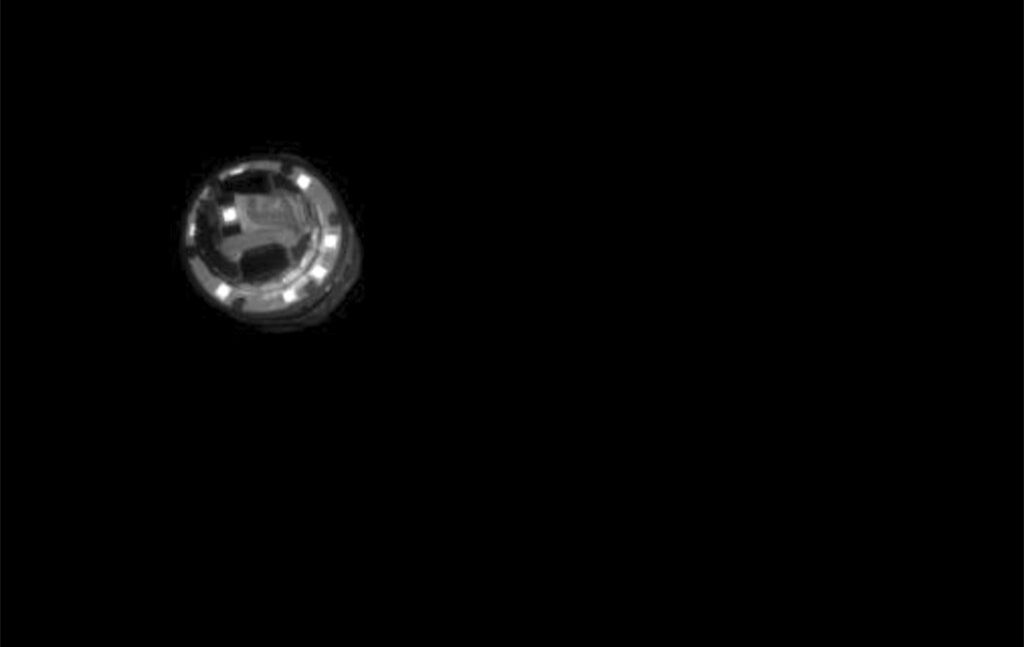 This image released by the Japan Aerospace Exploration Agency (JAXA) shows an explosive dropped from Hayabusa2 spacecraft to make a crater on the asteroid Ryugu Friday, April 5, 2019. (Photos: AP)

Friday's crater mission is the riskiest for Hayabusa2, as it had to immediately get away so it won't get hit by flying shards from the blast.

The Japan Aerospace Exploration Agency, or JAXA, said that Hayabusa2 dropped a "small carry-on impactor" made of copper onto the asteroid Friday morning, and that data confirmed the spacecraft safely evacuated and remained intact. JAXA is analyzing data to examine if or how the impactor made a crater.

The copper explosive is the size of a baseball weighing 2 kilograms (4.4 pounds). It was designed to come out of a cone-shaped piece of equipment. A copper plate on its bottom was to turn into a ball during its descent and slam into the asteroid at 2 kilometers (1.2 miles) per second.

JAXA plans to send Hayabusa2 back to the site later, when the dust and debris settle, for observations from above and to collect samples from underground that have not been exposed to the sun or space rays. Scientists hope the samples will be crucial to determine the history of the asteroid and our planet.

If successful, it would be the first time for a spacecraft to take such materials. In a 2005 "deep impact" mission to a comet, NASA observed fragments after blasting the surface but did not collect them.

After dropping the impactor, the spacecraft was to move quickly to the other side of the asteroid to avoid flying shards from the blast. While moving away, Hayabusa2 also left a camera to capture the outcome. One of its first photos showed the impactor being successfully released and headed to the asteroid.

"So far, Hayabusa2 has done everything as planned, and we are delighted," said mission leader Makoto Yoshikawa. "But we still have more missions to achieve and it's too early for us to celebrate with 'banzai.'" 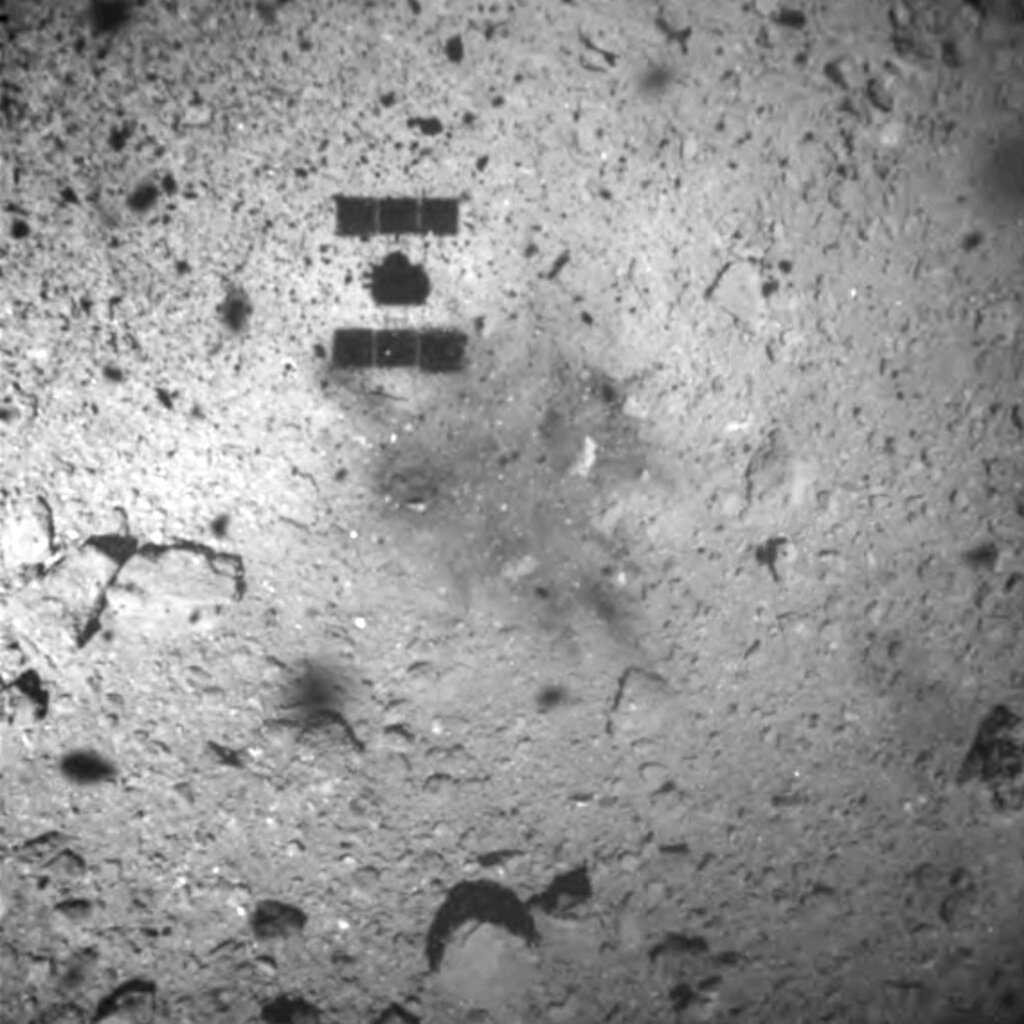 This Feb. 22, 2019, file image released by the Japan Aerospace Exploration Agency (JAXA) shows the shadow, center above, of the Hayabusa2 spacecraft after its successful touchdown on the asteroid Ryugu.

Hayabusa2 successfully touched down on a tiny flat surface on the boulder-rich asteroid in February, when the spacecraft also collected some surface dust and small debris. The craft is scheduled to leave the asteroid at the end of 2019 and bring surface fragments and underground samples back to Earth in late 2020.

The asteroid, named Ryugu after an undersea palace in a Japanese folktale, is about 300 million kilometers (180 million miles) from Earth.